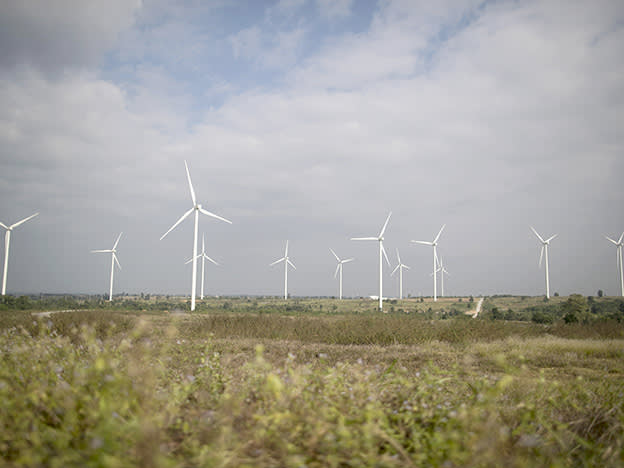 As investors dust themselves off following Interserve’s failure to pass its deleveraging plan, a downbeat trading statement from Mitie (MTO) has sparked fears it will be the next outsourcer to run into trouble.

The group’s is expecting organic sales growth of 4 per cent in the year to March 2019, which will boost underlying sales to 7-8 per cent, up from 3 per cent in 2018. This follows the improving trend seen in recent years. However, future growth prospects remain uncertain, with a 10 per cent decline in the order book, while profits look likely to come in behind market expectations.

The group said it had a “significant chunk” of project work that does not appear in the order book, as well as a large detention and escorting contract win last year, which made for a tough comparator. It was appointed to two Crown Commercial Services framework contracts in the year, which allow it to bid for facilities management, defence facilities management, security services and technical services contracts with UK government departments. Management is planning to focus bidding on these areas as wins here “would materially improve our order book position”.

However, this approach is not without risk. UK public sector outsourcing has long been a difficult market to operate in. Last year, a report from the Commons Public Affairs and Constitutional Affairs Committee found “government ineffectiveness has contributed to the problems that Carillion and other companies have faced”, due to a preoccupation with cost and lack of understanding of risks, leading to low-margin contracts that must be renegotiated or axed. Mitie warned that some of its contract renewals in the period had lower margins for the first year, but added it is confident of hitting its 4.5-5.5 margin target "over the medium term".

A little more than a year on from the collapse of Carillion, there is little evidence that the outsourcing sector is pulling itself together

Mitie blamed “continued reinvestment into the business” as the primary cause of poor profit growth. Pre-exceptional operating profit is expected to be £84-87m in in 2019, from £83.2m in 2017-18. Much of the reinvestment is due to “Project Helix”, the ongoing cost-cutting exercise, which is on track to deliver £45m in run rate benefits in the year, and £50m next year. Analyst Numis noted the profit figure was 8 per cent below prior consensus and cut its 2020 forecast by 6 per cent to £90.2m.

Project Helix, alongside wider restructuring, has contributed to high levels of costs listed as "other items" by the group in recent years. In both 2017 and 2018, other items came in at a higher level than the group's adjusted operating profit, though the size of the other items fell sharply between 2017 and 2018.

Mitie’s latest announcement follows the entrance of rival Interserve into pre-pack administration last month after shareholders voted against its controversial deleveraging plan. A little more than a year on from the collapse of Carillion, there is little evidence that the outsourcing sector is pulling itself together. Babcock (BAB) has also run into troubles, with repeated warnings on revenues and massive restructuring charges. Babcock and Mitie are currently the two most-shorted outsourcing groups, with short positions against 6.8 and 5.9 per cent of their issued share capital, respectively.

Mitie’s cost-cutting programme has been successful so far, but it is not enough to simply cut away the troubled parts of the business. The group needs to demonstrate an ability to bring in the new, higher-margin work it is targeting. A shrinking order book does not bode well. It may be that Mitie’s two framework appointments with the UK government end up yielding material new contracts, but we are not prepared to take anything for granted. Sell at 142p.