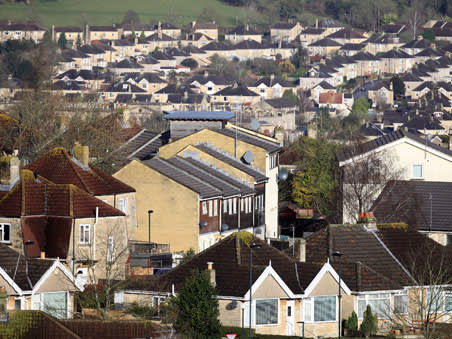 Weighed down by its housing development business, 2019 will be a critical test of the social housing and care provider’s capital reallocation strategy and ability to deploy and win key contracts

Providing social housing and care services, Mears (MER) seeks to capitalise on the structural drivers of long-term demand – a chronic undersupply of affordable housing and an ageing population that will see more than a fifth of the UK aged 65 or over by 2027 compared with 16 per cent back in 2007. But this seemingly favourable backdrop belies the complexities of its operating environment.

Selective bidding may have bolstered the operating profit margin in the care division to 3.2 per cent, but this remains precarious given increasingly stretched social care funding and downward pricing pressure. A churn rate of 44 per cent reflects the group’s struggle to retain sufficient good-quality care workers.

Holders of two-thirds of Mears' shares that were met by the company's chairman before its latest full-year results expressed disappoint with the share price, debt and cash generation. Last year’s performance did little to assuage concerns. Year-end net debt more than doubled to £65.9m while net cash inflow from continuing operations plummeted by over 90 per cent to just £2.3m. By the group’s preferred metric, average daily net debt of £113.2m exceeded the target £110m.

The main culprit? The capital-intensive housing development business. Social housing construction schemes typically allocate a proportion of units to private sales. Mears funds the build cost of these units until their eventual sale. With a final-quarter slowdown in private housing sales, the division finished the year with £33.3m of receivables (money owed on work done) and only achieved return on working capital employed of 7 per cent. All for an underlying operating profit of £1.1m – a mere 3 per cent of the group total. Plans to curtail development activities will stem the receivables outflow, but the backlog of private properties must still be sold.

Wider turmoil in the outsourcing sector offers scope to secure more business versus ailing competitors. But a weak recent track record places Mears’ ability to renew and secure new business into question. While it bid for around £1bn of new housing maintenance opportunities in 2018, the group secured a contract win rate of just 15 per cent. With an expected £1bn of new work being tendered across the group’s activities in 2019, an anticipated contract win rate of one in three is far from assured.

Mears did secure its primary bidding target for 2018, a 10-year Home Office asylum accommodation and support contract worth over £1bn. Expected to drive revenue growth from the second half of 2019, a material profit contribution may not arise before 2020. Of unprecedented scale for the group, delivery of such a complex contract could encounter hiccoughs. An intensive tender process saw operational performance undermined elsewhere and the effort needed to get the contract up and running could potentially drain resources from critical bidding opportunities, including a 10-year Ministry of Defence contract to manage and maintain UK Armed Forces housing.

The ratio of net debt to cash profits has increased from 0.5 to 1.5 times. It's not implausible that a cascade of failures could exacerbate balance sheet strain – a continued slump in private sales, teething problems in the asylum contract and fewer-than-expected contract wins and renewals. With shares falling by 20 per cent over the past year, a lacklustre 2018 trading performance combined with uncertain growth prospects means we feel there could be further downgrades ahead. Sell.