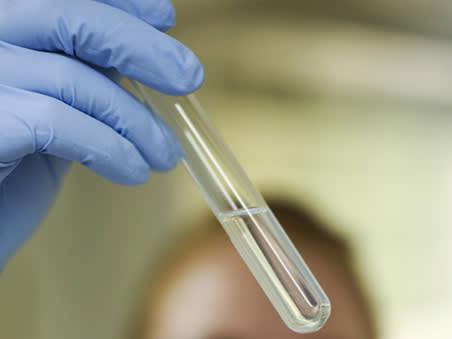 Take a break from Victrex

Victrex (VCT) is a producer of high-quality plastics, with a focus on the automotive, aerospace, energy, electronics and medical markets. Its polyetheretherketone (PEEK) and polyaryletherketone (PAEK)-based polymer products are used in a wide range of applications, including automotive braking systems, mobile phones and medical implants. While cyclical, the business exhibits many hallmarks of a quality company, with strong capital returns. However, Brexit preparations are bringing down a previously-high rate of cash conversion, and weaknesses in a number of end markets have punished Victrex this year, with little sign of revival in some key markets.

The company had a disappointing first half. Weak sales volumes linked to a large consumer and electronics contract (likely to be Apple, according to broker Berenberg) contributed to a 16 per cent decline in first-half volumes, which fell 10 per cent when this is stripped out. The picture improved between the first and second quarter, which saw respective declines of 22 per cent and 11 per cent, with several industrial markets remaining muted. Analysts have downgraded expectations for full-year sales volumes from 4,400 to 4,200, but this still looks a push given Victrex will need to shift about 2,300 tonnes over its second half, compared with 1,900 in the first six months of the year.

Conditions look challenging in the company's core markets of automotives, electronics and industrial, which account for over 60 per cent of its global volumes. The Center for Automotive Research forecasts successive declines in US car sales in 2020 and 2021, while research from the Society of Motor Manufacturers and Traders (SMMT) paints a bleak picture in the UK automotive industry, which continues to contract. Meanwhile, global phone sales, a key influence on electronics demand, fell by 2.7 per cent over the first quarter of 2019, according to Gartner, as consumers become slower at upgrading their mobiles. And the US-China trade war continues to weigh on industrials. Victrex has fared better of late in the medical market, as its half-year medical revenues rose 1 per cent. But it’s difficult to see how this can offset weakness elsewhere.

Brexit uncertainty has put Victrex in the unenviable position of having to build inventory levels at the same time as demand has weakened. First-half inventory levels rose by £16m to £85.3m, while available cash tanked from £144m at the year-end to £49.4m. The stockbuilding meant the usually very cash-generative operations reported first-half cash conversion of 65 per cent, compared with 106 per cent for the same six months a year earlier. The combination of elevated inventory and weak end markets increases the risk of impairments, while the drain on cash means Victrex is unlikely to repeat the special dividend it has paid in each of the past two years.

Victrex is a good company with an innovative set of products, which have a wide set of applications across a diverse range of markets. It has around 70 per cent market share in PEEK, and a rebound in consumer confidence will almost certainly deliver a significant rerating. But weakness in key end markets is unlikely to ease any time soon and the near-term need to carry high stock levels adds to the risk. Sell.