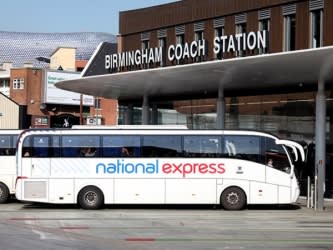 National Express motors ahead in first half

The decision by National Express (NEX) to get out of the UK rail market looks ever more prescient. Rivals, such as Stagecoach (SCG), are struggling to extricate themselves from the sector and stem losses from franchises. National Express by contrast is free to focus on increasing returns and cash flows from its international bus business having sold its final UK rail franchise in 2017; the c2c network running from central London east through Essex. There is certainly no love lost for the group with chief executive Dean Finch once saying that he hoped the board would “take me outside and shoot me” if he ever suggested re-entering the UK rail market. The only remaining vestige of National Express's dalliance with trains is the 3 per cent of turnover and 1 per cent of profit from its German business.

The group's biggest geographic operation by sales is North America, where it generated 43 per cent of revenue last year and 34 per cent of underlying operating profit. National Express is the second-largest school bus provider in North America and also provides transit and charter operations in the US and Canada. By profit, it is the higher-margin ALSA business that is the largest contributor accounting for 30 per cent of sales but 37 per cent of profit. ALSA operates regional, long haul and urban bus services in Spain, Morocco and Switzerland along with some charter services. This includes a market leading position in Spanish long-haul coach transport. The company is also a long-haul leader in its smallest market (bar German rail) – the UK (24 per cent of sales and 28 per cent of profit). As well as long haul, the company also operates local buses in the UK and does some chartering.

About 48 per cent of the company's revenues, including the £775m from its school bus business, are underpinned by multi-year contracts based on agreed per-mile or per-route payments. A further 38 per cent comes from more variable ticket sales with the rest from concession payments and charter revenue. The relatively stable base from contracted work has helped allow the group to focus on improving returns on capital and boosting cash generation. A strategy of controlling costs while investing in technology to boost ticket sales and fleet efficiency has contributed to an impressive uptick in underlying return on capital employed (ROCE) over the past five years (see chart below).

Acquisitions of high return businesses (ROCE of 15 per cent or better) have also been a key ingredient in the gradual improvement in returns. National Express acquired 11 businesses during 2018 for a total of £143m – seven in North America, three for ALSA, and one in the UK. Further acquisitions are expected in the current financial year, especially in North America and Spain, and potentially in new markets and cities. Deals should help build on the group's strategy of tapping into the growth opportunities in affluent cities, with management expecting demand for public transport to increase by a quarter in wealthy cities by 2030.

Cash is another management focus. Free cash flow generation of £785m over the five years to the end of 2018 compares with £506m invested in both organic and acquisition-led growth and £301m paid out in dividends over the same period. True, cash flows have benefited from some one-offs, such as the sale and leaseback of properties and the extension of supplier payment terms, but overall the picture is encouraging and net debt at 2.4 times cash profits remains inside the target range of 2 to 2.5 times.

ROCE is used as a key management incentive at National Express and we think this makes good sense for investors, as raising returns on capital is a key way good management can create shareholder value. Importantly, the strategy used to achieve this objective over the past five years has been delivering and should continue to do so. Shares currently trade at 11 times forecast 2020 earnings, which we feel doesn't fairly represents National Express's superior strategy compared with many peers still mired in the troubled UK rail sector. A forecast dividend yield of 4.2 per cent is also appealing. Buy.