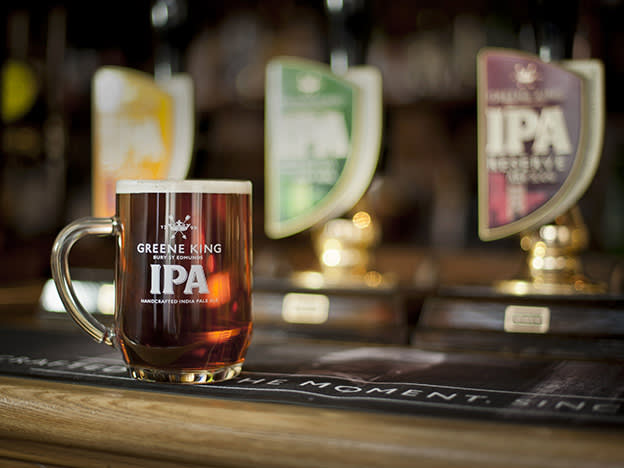 Directors at Greene King (GNK) are unanimously recommending that shareholders accept an 850p a share cash offer from CKA Group, a Hong Kong-listed investor, via its subsidiary 'CK Bidco'. This values the pub group’s issued share capital at £2.7bn, giving the group an enterprise value of around £4.6bn or 9.5 times Greene King’s cash profits of £482m for the year to April 2019.

Greene King chairman Philip Yea called the deal an opportunity for shareholders to “realise value for their investment at an attractive premium”. George Colin Magnus, non-executive chairman of CK Bidco, believes that the UK pub and brewing sector will continue to be an important part of British culture, adding that Greene King’s strong cash-flow generation and real estate backing make it “well positioned to capture the opportunities that lie ahead”. CKA already owns a small portfolio of freehold pubs, all of which are leased to Greene King.

Shares in Greene King soared by more than a half following the acquisition announcement, to trade at around 849p – just under the offer price. Shareholders in both Greene King and CKA will have to approve the deal. So far, Greene King directors representing just 0.05 per cent of the group's outstanding share capital have given irrevocable undertakings to accept the bid, while nearly a third of CKA’s shareholders have given their approval. Hold while you await documents.