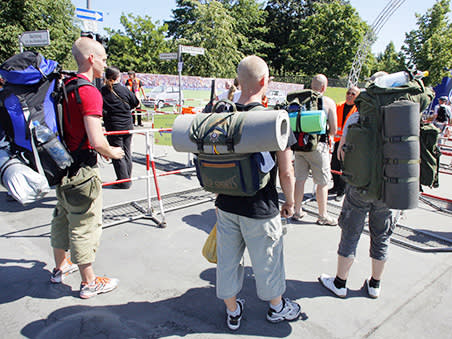 Lower-than-expected bookings ahead of the busy summer season took its toll on Hostelworld (HSW) during the first half. Total bookings fell 5 per cent to 3.75m year on year, though this came mainly from the non-core supporting brands that Hostelworld is gradually phasing out. Free cancellations were introduced across all regions in July 2018, resulting in an increase in cancellations to 0.25m, compared with 0.1m during the first half of 2018. This contributed to the 9 per cent decline in sales to €38.8m (£35.5m), or 12 per cent at constant currency.

Encouragingly, the average booking value improved by 6 per cent to €12.84, supported by an increase in the average commission rate from 15.3 per cent to 16 per cent. Bookings made on the Hostelworld app grew by 7 per cent to 43 per cent of net bookings. Still, chief executive Gary Morrison said the market remains “highly competitive”, and this has continued into the peak summer travelling period. This, along with higher-than-anticipated inflation in marketing costs and increased investment in the ‘Roadmap for Growth’ programme during the second half, means that full-year cash profits are expected to be below that of 2018.

Hostelworld also announced a strategic investment in Tipi, an Australia-based technology company that focuses on providing products for the hostel industry, such as allowing guests to check in with a digital key. Mr Morrison said this is part of the strategy to diversify Hostelworld’s revenue streams. The shares have lost around 45 per cent of their value over the past 12 months, and a cautious tone around a competitive market has us taking a step back. Hold.