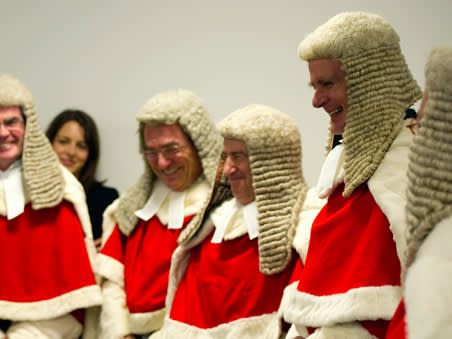 Over a decade since the Legal Services Act paved the way for law firms to publicly list, and Knights (KGH) is one of just six companies to have taken the plunge. Providing legal and professional services outside of London, the group is tapping into a market estimated to be worth around £2bn.

Having listed in June last year, its maiden year as a public company saw a 51 per cent revenue surge to £52.7m. Facing an increasingly competitive landscape – which includes the ‘Big Four’ accountants diversifying into legal services – cash-profit (Ebitda) margins have remained stable at 21.5 per cent, translating to a 52 per cent increase in underlying cash profits to £11.3m. And while investment in headcount meant staff costs rose 47 per cent to £30.1m, as a proportion of revenue this was down from 58.6 per cent in 2018 to 57.2 per cent.

Law (at least for now) is a people-driven business and Knights believes greater visibility from its listing is attracting a wider talent pool. With 90 per cent retention of fee earners, 46 net new hires were made in 2019, taking the total to 520. Adding 11 partners to the mix, average fees per fee earner have increased by over a fifth to £131,000, driving 15 per cent organic revenue growth.

Operating in highly fragmented regional markets, top-line momentum is primarily acquisitions-led, targeting independent law firms to build scale. Entering two new cities and expanding in two existing locations, Knights has made four acquisitions since IPO, and aims for at least another three in 2020. Potential investors should be mindful of the pitfalls of a ‘roll-up’ strategy – Slater and Gordon, the first law firm in the world to publicly float, saw its aggressive appetite for smaller companies culminate in a spectacular share price decline. But in Knights we see a disciplined and healthier proposition.

'Lock up' is a key working capital metric, representing the billable days of ‘work in progress’ and how quickly payments are received for completed work. It is effectively the time taken to convert work done into cash. Although acquisitions nudged Knights’ lock-up days from 77 to 93 in 2019, this still compares favourably with the 120-day industry average (according to the latest legal benchmarking report from accountancy association MHA). Crucially, the group reduced lock-up for acquisitions from 122 days pre-acquisition to 99 by the year-end, releasing £1.5m of cash.

With free cash flow more than tripling to £9.3m, this reflects a 115 per cent conversion of underlying post-tax profit (although this is expected to stabilise at around 75 per cent moving forward). So, although the group finished the year with £14.1m of net debt, helped by £28.1m of IPO proceeds, this was 46 per cent lower than in 2018. Numis forecasts the ratio of net debt to cash profits will fall from 1.2 times to 0.3 times by 2021.

We’re not overly concerned by the recent director share sales following the expiry of the post-IPO lock-in period. Knights has demonstrated an impressive growth story since its debut and an encouraging outlook promises a pipeline of further consolidation opportunities and ongoing recruitment – net 80 new fee earners were added between the year-end and the full-year results announcement. A forecast 2020 price/earnings ratio of 19 times may seem pricey, but the shares are up over three-quarters since the IPO and we see the momentum continuing. Buy.