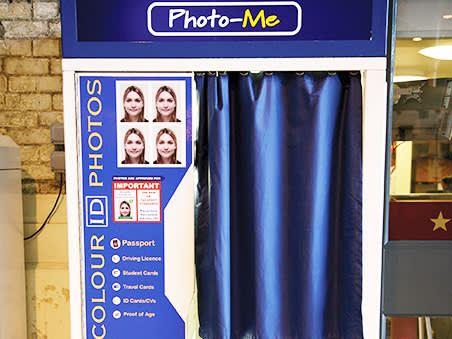 The company operates laundry, identification and kiosks divisions, and is getting into banking and juice businesses

Photo-Me International (PHTM) sells and operates unmanned instant-service equipment. Its main focus has historically been photobooths, but it has also built businesses in laundry and digital-printing kiosks. It has 46,700 unattended vending units across 18 countries in continental Europe (58 per cent of sales), the UK and Ireland (23 per cent) and Asia (19 per cent). It is now straying further from its core photos business with recent moves into the fresh juice and banking spaces. While the company regards this as useful diversification, we fear Photo-Me may be losing focus as it attempts to head off falling sales and profits in its core business, which faces potential disruption as authorities grow increasingly willing to accept ID photos from digital cameras and smartphones.

The identification business is Photo-Me’s largest by sales and generated revenue of £148m during the year to April, or 65 per cent of the total. This was 1.1 per cent lower than the prior year. The business has been hurt by slowing footfall on the high street and other retail locations, with the most recent set of results preceded by a profit warning regarding “more challenging than expected” UK trading and continued delays in orders.

The UK government’s decision to allow photos taken on a smart device or camera at home to be used for passport photo ID also hurt identification volumes, with management taking the decision to remove 178 machines from its UK estate. These will be relocated to elsewhere in the business. The company has also invested in biometric technology, including 3D facial recognition, but for now technological trends appear to be against the business.

The UK isn’t the only market that’s proving challenging for Photo-Me. A surge in competition in Japan led to a restructuring programme that began in the second half of the 2018 financial year and was completed last year. Trading challenges are ongoing, but the revenue decline there has started to slow, with sales in Asia down 1 per cent to £44.5m last year, compared with an 8.8 per cent drop in the previous year. A £1.8m charge related to the restructuring meant operating profit fell 13.5 per cent to £4.7m.

The laundry machine business was the main driver of growth last year. Sales were up 19 per cent to £43.7m and now account for nearly a fifth of total revenue. A restructuring of the UK digital-printing kiosks business meant sales here fell by 20 per cent to £13.3m.

Photo-Me’s revenue stream is set to diversify further. In April it spent £9.3m on Sempa, a French business operating 2,788 self-service fresh fruit juice machines. It plans to roll these machines out across its European network in the hope of replicating the success the business has had in its domestic market. Photo-Me also launched its first banking booth, located in Paris, which provides front-end retail banking services to customers, in partnership with Anytime, a Belgian Fintech business.

While a fall in capex last year meant free cash flow covered the dividend for the first time since 2016 results, diversification can be expected to exert pressure on the admittedly healthy balance sheet. While the business has historically produced high returns, both return on capital employed and margins have been falling over recent years (see chart). The long- and short-term headwinds for the photobooth business and the challenge of managing the diversification across several end markets makes us wary of the shares despite the advantage presented by the group's large, existing unattended-machine network. Sell.