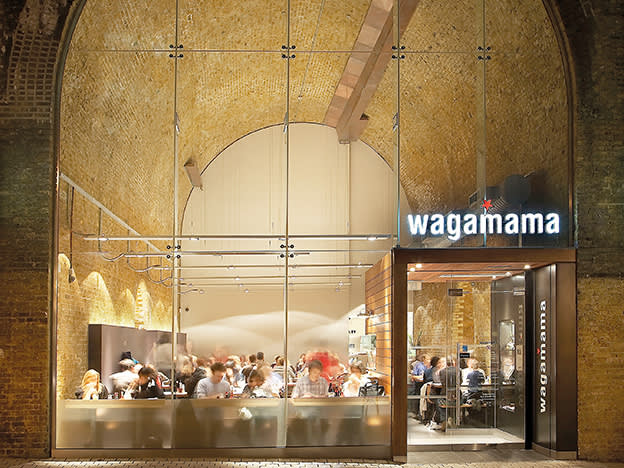 Half-year results from Restaurant Group last month have left us increasingly concerned that the struggling company has bitten off more than it can chew with the acquisition of Wagamama. It's not that the pan-Asian chain it bought last year isn't an impressive operation, but a key determinate of the return on any investment is the price paid. And we think Restaurant Group has paid a high price for Wagamama and took on a lot of debt to do so.

At the half-year stage, group net debt soared from £25.7m to £317m and the company told shareholders to expect its full-year interest bill to land at between £15m and £16m. The abrupt change in the state of the balance sheet reflects the £559m paid for the 135-site Wagamama chain, which includes absorbing a £225m high-yield 4.1 per cent bond. The deal was funded with a £315m rights issue and a new £220m revolving credit facility. The price paid compares with what Restaurant Group reported would have been a £44.6m adjusted cash profit (Ebitda) contribution in its 2018 had Wagamama been owned for the whole year – making a meaty 12.5 times cash profits acquisition multiple.

It is easy to see why Restaurant Group wants a sprinkle of pan-Asian magic. The company's leisure-centre-based restaurants, which includes chains such as Frankie & Benny's and Chiquitos, have been struggling for some time. The dire state of this business was brought home at the half-year stage with a £116m exceptional charge related to impairments and £11m of new onerous lease provisions. The charge pushed the company to an £87.7m first-half, pre-tax loss. Like-for-like leisure sales were marginally lower in the period despite favourable comparisons caused by slack trading during the World Cup last year.

New chief executive Andy Hornby plans to overhaul the struggling leisure business. He is committed to exiting half of the group’s leisure sites on lease renewal. Sixteen sites have already been closed during the year, reducing the overall leisure estate to 352 locations. The remaining estate has a median lease duration of six years until lease expiry, or the date at which Restaurant Group can exercise a break clause. This suggests it will be a lengthy process for Mr Hornby to make substantial progress on his exit plan.

The group is also looking to convert sites into the Wagamama format where possible, with 15 conversions expected by 2021. It also expects integration to produce £15m of cost synergies in 2021.

The main source of encouragement from the half year is that Wagamama continues to grow at a much faster pace than most UK restaurant peers. UK like-for-like sales growth of 10.6 per cent in the first six months was well ahead of the wider market. The chain also retained its market-leading position with the highest net promoter score among casual UK dining brands. And it is working on new innovations such as the launch of a delivery kitchen and development of a food-to-go format.

The group's 70 airport and train-station concessions are also trading well, as are its 82 pubs. Together, Wagamama, concessions and pubs accounted for 70 per cent of first-half adjusted cash profits, although this reflects trouble at the leisure division as well as better trading elsewhere.

The key concern, though, is that the debt-burden gives limited wriggle room at a time when rising costs and poor consumer sentiment are sources of uncertainty. The group only expects to offset about two-fifths the £27m cost increases it has predicted for thus year. Meanwhile, the balance sheet is loaded up with lease provisions that represent a future drain on cash. At the half year, nearly £10m-worth of provisions were classed as coming due in the next 12 months with a further £54m thereafter. The growth of Wagamama will not come for free. Development spending of £50m to £55m is penciled in for this year, as well as £30m to £35m for maintenance and refurbishments. Indeed, factoring in the cash-cost of provisions and development spending, the group produced zero free cash in the first half. Broker Numis expects net debt to finish the year broadly unchanged before rising to £322m by the end of 2020.

Even if Wagamama is a great business, we're not sure it is great at the price Restaurant Group has paid for it. Considering the debt, rising costs, lease provisions and consumer uncertainty, we'd avoid the shares – at least until there is solid evidence that  Mr Hornby's turnaround plan is working. Sell.