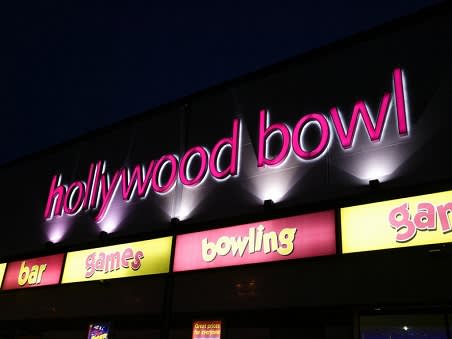 Such optimism appears to be for good reason. Total revenue for the year to September 2019 is up 7.7 per cent, or 5.5 on a like-for-like basis. Pre-tax profits are anticipated to be up more than 10 per cent, ahead of market expectations. Chief executive Stephen Burns indicated positive like-for-like growth at all of the group's divivions.

Continued strong cash generation has prompted management to consider returning additional capital to shareholders, with analysts expecting this to come in the form of a special dividend of around 4.3p. The actual figure will be given at Hollywood Bowl’s full-year results announcement in December.

We continue to be fans of Hollywood Bowl’s cash generative business model and conservative plans for future growth, with plans to also branch into golf-only locations in the 2020 financial year. The company’s ongoing investment programme in its locations appears to be paying off, as customers continue to spend more when they’re there. The shares are up nearly a fifth over the past 12 months and now trade at 232p. Buy.