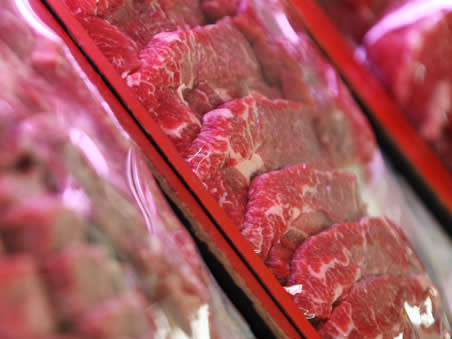 Hilton Food more to it than meat

Food packaging company Hilton Food (HFG) has started to diversify away from its traditional focus on red meat. This should boost volumes and perhaps make the group better placed to adapt to changing consumer tastes, which are being influenced by the carbon intensity of red meat production (researchers have put the carbon footprint per serving of beef at five times that of chicken and 60 times that of legumes).

In January, Hilton, which operates packaging facilities in six European countries and Australia, paid £5.2m for a 50 per cent joint venture stake in Dalco Food, a vegetarian product manufacturer based in the Netherlands, with an option to buy the remainder in 2024. Alongside the same announcement, the company announced the acquisition of a small sous vide (a food preparation process) manufacturer, HFR Food Solutions, to increase exposure to pork and poultry. These deals follow a more significant move away from red meat two years ago with the £81m acquisition of chilled fish processor Seachill.

But meat is still Hilton’s mainstay, with non-meat accounting for only 10 per cent of sales. In June, Hilton became the sole provider of packed red meat to Tesco in the UK, which has the potential to feed through to earnings forecast upgrades after this year.

Hilton’s recent spending to diversify by product and geography has been accompanied by investment in its facilities, including a new highly automated Australian facility in Brisbane, a fresh food factory in central Europe, and expansion in UK capacity. The corresponding increase in capital expenditure of £56m has contributed to the group moving from £5.8m net cash at the half-year stage last year to net debt of £98.9m. This is still in line with Hilton’s target range of between 2 and 2.5 times adjusted cash profits. Investment levels are expected to fall in 2020, with net debt expected to be at £52m at the end of 2021 based on Numis forecasts.

So far, this spending appears to be paying off. Varying the product range helped to support the 6.8 per cent increase in volumes sold to 193,608 tonnes in the first half, with management attributing this growth to contributions from both UK meat and Seachill, as well as further progress in Australia and from Dalco and HFR. While the high proportion of the top line accounted for by sourcing costs keeps operating margins low at about 3 per cent, the high volumes processed by Hilton’s state-of-the-art facilities on long-term contracts means the group boasts an impressive return on capital employed of over 16 per cent despite the recent high capital spending. That said, heavy reliance on a few customers – the biggest accounting for over half of revenues – is a risk, although this is countered somewhat by contract lengths of between five and 15 years.

While the shares trade on a punchy earnings multiple, Hilton’s solid growth, high returns and dominant market position make this a price worth paying. The company also has an impressive dividend record and we like its moves to diversify. Buy.