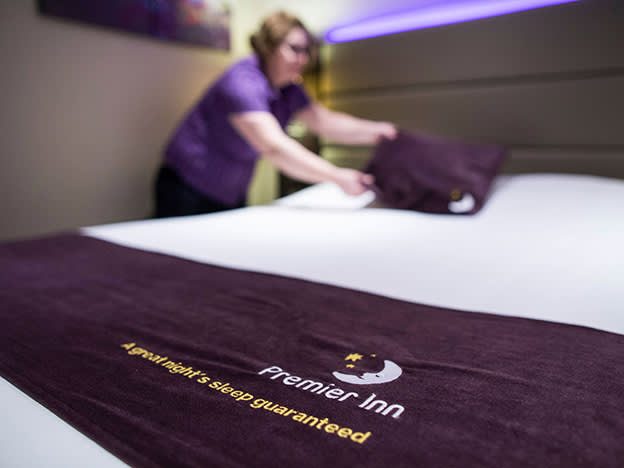 The owner of Premier Inn experienced weak trading in the UK, especially in the regions

Whitbread (WTB) is now primarily a hotel business through the Premier Inn brand, following on from the sale of Costa Coffee to The Coca Cola company. Unfortunately, the divestment was finalised as the domestic market started to soften. To this, add in heightened political and economic uncertainty and it's no surprise that UK accommodation sales fell by 0.6 per cent at the half-year mark, or 3.6 per cent on a like-for-like basis.

Naturally, chief executive Alison Brittain put a brave face on those matters essentially out of her control, highlighting a “resilient performance" in the face of challenging market conditions. However, business confidence is faltering this side of a Brexit resolution, although it's particularly noticeable in regional markets where around 80 per cent of Premier Inns are located. Margins have also been under pressure as there have been fewer last-minute bookings, which tend to attract higher prices, while cash generated from operations was well adrift of the comparable figure in FY2018.

Encouragingly, trading in London remains solid, while expansion plans in Germany are on track. Whitbread is planning to allocate between £600m-700m on capital expenditure this year, around half of which will be put towards new capacity in Germany, with the remainder earmarked for UK expansion and maintenance. Premier Inn has a committed pipeline of 12,928 rooms in the UK and 7,280 in Germany. Opportunities in the latter region are helped by the fact that the German hotel market is fragmented with almost three-quarters of the industry given over to small independent operators, while branded budget hotels represent only around 8 per cent of the market.

Management said that Whitbread has a relatively high degree of operating leverage, which means that for every 1 percentage point movement in revenue per available room, pre-tax profit is impacted by between £12m and £15m, but that works both ways. And although progress has been made with the efficiency programme, with £40m-£50m of savings delivered this year, it wasn't enough to compensate for inflation, negative operational synergies (following the sale of Costa), and losses in Germany. The aggregate cost of these issues is expected to be £45m over the course of FY2020. Given the weight of uncertainty, we move to hold.