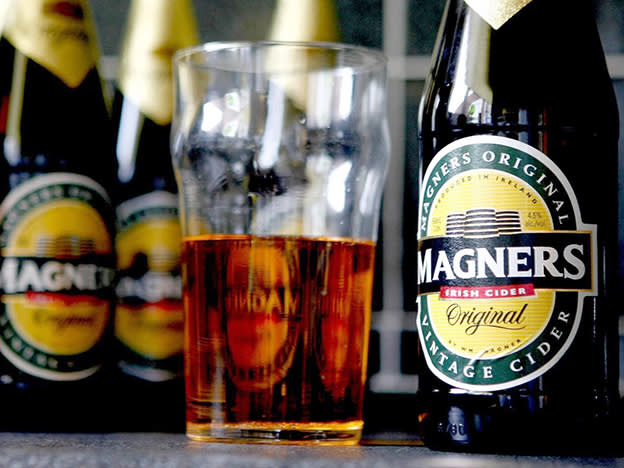 These half-year figures from C&C Group (CCR) are set against a tough comparative period, when balmy summer weather combined with an extended showing from England's football team in last year's World Cup. The drinks maker managed to deliver net revenue growth of 13.5 per cent to €875m (£755m), while operating profit was up 9.2 per cent to €63.8m. Chief executive Stephen Glancey assured investors that the group remains on track to deliver double-digit EPS growth by the end of the current financial year, up from the 7.5 per cent growth rate which excludes lease provisions under accounting standard IFRS16. (Shares in C&C now have their primary quote in London rather than Dublin, with the share price now denominated in pence rather than euro cents).

The drinks distribution businesses Matthew Clark and Bibendum, both acquired in 2018, are C&C’s biggest source of revenue, with net sales up by more than a fifth to €565m during the first half. Cost cutting and procurement synergies aided a 100 basis point improvement in margins year-on-year to 2.1 per cent. Analysts at Investec note that C&C management still expects the margin to improve to 3 per cent over the long term. Sales, profitability, and cashflow for Matthew Clark and Bibendum tend to be second half weighted for the festive season, so margins are expected to improve in the latter half of the year.

By contrast, sales of C&C’s cider brands normally increase during the warmer summer months. This makes the 9.2 per cent fall in total cider volumes in the UK discouraging, ahead of the 3.5 per cent decline across the UK beer and cider markets in total over the same period, although the relative performance of the Magners cider brand – volumes down 2.9 per cent in the UK – was a little more palatable. The period saw the launch of 'Bulmers 0%', a nod to the increased demand for non-alcoholic beverages, which form a minor, yet growing, segment of the market.

Management is probably justified in highlighting the highly favourable trading conditions experienced through the 2018 summer months, but C&C continues to make progress from an operational perspective, evidenced by margin expansion at both Matthew Clark and Bibendum. And although the debt overhang remains an issue for investors, a cash conversion rate of 113 per cent fed through to free cash flow of €83.8m, which helped C&C reduce its leverage from 2.5 times to 2.04 times net debt to adjusted cash profits, ahead of forecast. The group continued to return money to shareholders, with 3m shares repurchased during the period, and the shares could find further support from income-seekers attracted by a forecast yield approaching 4 per cent.