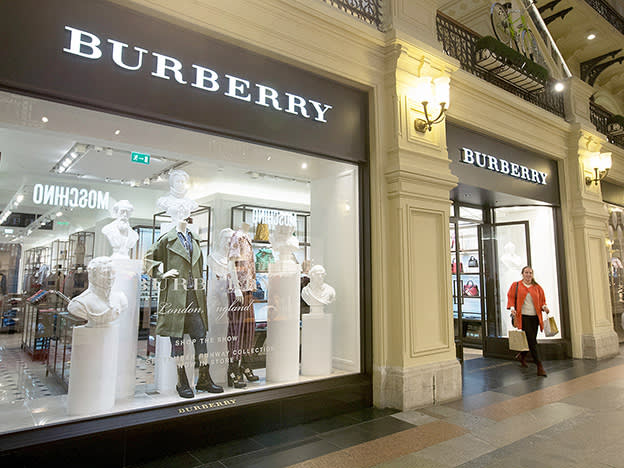 The luxury retailer is reopening stores in mainland China

Burberry (BRBY) expects its sales over the final weeks of its financial year to fall by as much as 80 per cent, as store closures worldwide suppress the luxury retailer’s trade.

Burberry has closed around 85 per cent of its stores in the Americas and more than 60 per cent in Europe, the Middle East, India and Africa (EMEIA). Since 24 January, Burberry’s sales are between 40 per cent and 50 per cent behind “comparable retail stores”.

In total, around 40 per cent of its stores around the world are currently closed, with more closures to come. Intriguingly, sales have picked up in mainland China, with most of Burberry’s stores having now reopened there.

Burberry expects comparable fourth-quarter sales to come in 30 per cent down, although its Chinese resurgence is encouraging, given that China is the fastest growing luxury consumer market, with the Chinese accounting for a third of spending in the global luxury industry at home and abroad. While the shares have taken a battering during this crisis, it’s worth remembering that the incomes of many of the company’s customers are more robust than those of the average consumer, and this weakness offers an opportunity to gain exposure to a business that had been turning itself around and which anjoys a buffer of low net debt,. Buy at 1,071p.