After completing major developments last year, Helical (HLCL) is tasked with letting the remaining office, retail and residential space - which is proving more cumbersome in a post-Covid 19 business world. The commercial landlord said that lettings progress at the Kaleidoscope in Farringdon and the Trinity scheme in Manchester - 15 per cent of the portfolio’s estimated rental value (ERV) - had been slower than expected. Chief executive Gerald Kaye is hopeful that this is a short-term issue. “When people are confined to their homes it’s quite tricky when they can’t come and look at it,” he said.

Lower expected sales proceeds on the remaining apartments in the first phase of residential at Barts Square also resulted in a provision of £1.5m, although overall development profits were lifted by fees from the completion and letting of One Bartholomew at Bart’s Square. However, like-for-like ERVs rose 5 per cent across the portfolio, helping push EPRA NAV growth ahead of market forecasts at 6 per cent.

Panmure Gordon forecasts adjusted NAV of 502p at the end of March 2021, rising to 523p the same time the following year.

The group has now collected 92 per cent of rent due at the March quarterly payment date and has agreed deferral plans, with a 2 per cent being paid in instalments, but there is the potential for that rate to worsen in June as the strain of business closures is revealed. However, the group has cash and undrawn facilities of £279m and has the ability to withstand a substantial fall in net rental income and asset values before covenants would be breached. We think the sizeable discount to NAV more than compensates for the risk of a hit to income this year. Buy. 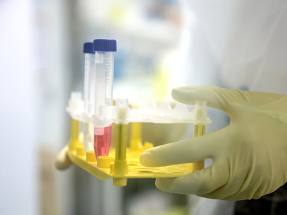