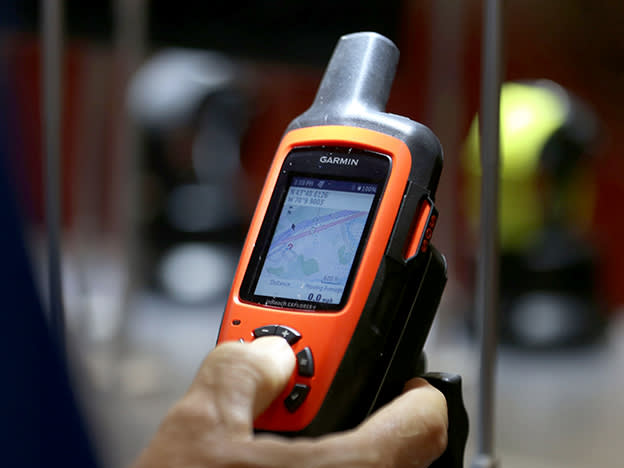 Navigate the crisis with Garmin

Most gyms and sports clubs were forced to shut their doors earlier this year in the battle to contain the spread of Covid-19. But for many people, lockdown restrictions have only inspired a greater interest in working out – whether to get into shape, or simply to escape the mundanity of hours spent at home. Indeed, between March and the end of June, Public Health England’s ‘Couch to 5K’ running app registered nearly 1m downloads – a 92 per cent increase from the same period in 2019. It helps that jogging, walking and other categories of ‘solo’ exercise lend themselves to social distancing. This is not just a UK phenomenon, it’s a trend that has been experienced across the globe.

This intensifying focus on health and wellbeing has been excellent news for Garmin (US:GRMN), a Nasdaq-quoted designer, developer and distributor of fitness-tracking watches, cycling gadgets and other smart devices. First-half fitness sales were up by 20 per cent to $518m (£396m), or roughly a third of the group’s total top line.

Garmin is not overly exposed to any one field of activity, with sales split fairly evenly between the consumer and industrial markets. Broadly speaking, it specialises in satellite-enabled and sensor-based navigation, communications and information products. That means that its products are used in marine, outdoor, aviation and automotive pursuits, too. The unifying factor is the company’s focus on research and development (about 17 per cent of sales) and control of manufacture and distribution. This underpins its brand and demand for its products, which has resulted in operating margins rising over the last five years from 19.5 per cent to 25.2 per cent and taking return on capital employed (ROCE) to 19 per cent.

The encouraging performance seen by Garmin’s fitness business during the first half helped to offset some of the virus-induced declines seen in auto and aviation – -33 per cent and -11 per cent, respectively. This meant that group revenues only slipped by 9 per cent year on year – beating consensus estimates by almost a third. The marine division also delivered a small sales improvement of 12 per cent to $320m – aided by the fact that boating and fishing can be enjoyed in isolation.

While coronavirus has knocked the aviation business’s original equipment manufacturing (OEM) and aftermarket segments, Garmin is at least well positioned for any ensuing recovery here. For one thing, it has ushered in “a new era for general aviation safety technology”, receiving regulatory certification for its ‘Autoland’ system in the US – something that it believes will help to expand the flying market by making it safer and more accessible.

Garmin expects revenues from OEM automotive products to grow in the second half. Its auto division offers everything from satnav technology for ordinary car commutes, to computerised ‘load-to-dock’ guidance and map-routing for professional truck drivers.

A look in the rear-view mirror shows that the group had a robust financial track record before the crisis struck. Between 2015 and 2019, revenues rose at a compound annual growth rate (CAGR) of 7 per cent while operating profits saw a CAGR of 14.5 per cent over the same time frame.

And that’s before turning to Garmin’s particularly strong balance sheet. It had net cash and marketable securities of $2.7bn at the end of June, and zero debt. For the most recent quarter, the group generated free cash flow of $142m – up by 77 per cent year on year – which underpinned a dividend payment of $109m.

Garmin recently suffered a cyber attack, causing a network outage across its website and consumer-facing applications. Still, while incidents like this can be reputationally damaging, management said it had no indication that customer data was accessed, lost or stolen. There is also a risk of rising competition from gadget-making rivals such as Apple (US:AAPL). But, somewhat reassuringly, Garmin had secured more than 1,350 patents as of early January 2020, safeguarding its proprietary technology. For now, an attractive forward dividend yield of 2.5 per cent – well covered by earnings and cash flow – should keep income-seekers happy, as they await a return to post-pandemic profit growth. Buy.