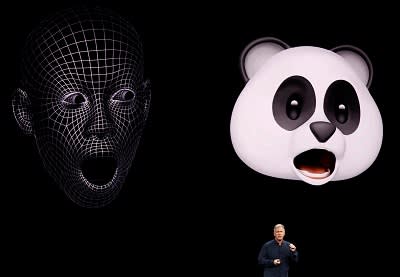 Is now as good as it gets for Apple investors?

In 1984, Apple (US:AAPL) ran an advertisement promising a revolutionary new computer. In the ad, the blue haze of Big Brother – an unsubtle reference to the then-incumbent computer giant IBM (US: IBM) – was blown to oblivion as the Macintosh saved humanity from technological conformity.

It heralded a changing of the guard atop the US technology industry. Apple took strides forward as an innovative computing pioneer. IBM – caught up in regulation and held back by its size – failed to keep up with the pace of change. Since the advert ran, IBM’s share price has trailed the growth of the S&P 500 by about 200 per cent while Apple’s share price has risen 1,000-fold.

In 2020, humanity once again needs saving from the conformity of uninspiring tech. That’s at least what Epic Games seems to be suggesting with its new ‘1984’ advert. In this revamped campaign, it is a character from Epic’s hugely popular game Fortnite that is flung at the screen to destroy the regressive Big Brother character who, you guessed it, is depicted as Apple.

Epic Games has had enough of paying the 30 per cent commission for purchases of its games through Apple's app store. After Epic attempted to incentivise gamers away from the app store, Apple booted it off the platform. Epic Games has countered by suing and claiming that Apple operates a monopoly. The lawsuit has just completed its initial phase in court and both parties have made their appeals.

The action has added significance as, ahead of November's US election, Democrats have also been upping their anti-big tech monopoly rhetoric and this week Congress published a damning 450-page report calling for changes in antitrust law to tackle the issue. There is precedent for regulation. In 2001, trustbusters found Microsoft’s (US:MSFT) web browser was anticompetitive because it held a monopoly position on the Windows operating system. That said, Apple’s market share in smartphones (about 40 per cent in the US and 25 per cent globally) is smaller than Microsoft’s was in PCs back in 2001.

But even if Apple wins its legal case, app makers are no longer just minnows that can be trampled. Amazon (US:AMZN), Facebook (US:FB.), and Netflix (US:NFLX) have all had spats with Apple. Meanwhile, Spotify (US: SPOT) and Tinder-owner Match Group (US: MTCH) joined Epic Games and others to found the anti "Apple tax" group, the ‘Coalition for app fairness’.

Were such big-hitters to pull the plug on Apple, leaving iPhones without some of the most popular apps in the world, it would hardly be an advert for the product that contributed 55 per cent of the company's revenue in 2019.

The shift to software

Tension surrounding the app store is far from ideal as the company attempts to move away from its roots as a luxury products business, to a high-margin software provider. The company doesn’t disclose how much of its annual service sales come from the app store, but it is likely to be significant. The 16 per cent increase in services revenue in the year to September 2019 was primarily attributed to higher net sales in the app store. And the shift to services – the brain-child of current chief executive Tim Cook – is considered a crucial next step as Apple attempts to stay relevant in the changing tech industry.

Apple devices are complex to make: they require expensive materials and their manufacturers are spread across many countries. Gross margins in the products business are therefore much lower than they are in services – 32 per cent versus 64 per cent in the 2019 financial year, which respectively is down from 36 per cent in 2017 and up from 55 per cent.

Product customers are also becoming less reliable as the smartphone lifecycle lengthens. Apple stopped reporting the proportion of revenue growth that comes from volume and price increases in 2018, but speculation is that iPhone sales growth is now heavily weighted towards the latter. Price increases are a far less reliable way to boost revenue and can fuel a viscous circle that leads to lower volume – customers aren’t going to want to regularly buy phones which are over £1,000.

The product division’s complex supply chain has also made the company vulnerable to disruption. Indeed, the combined impacts of coronavirus and US/China trade tensions forced Apple to delay the launch of a new iPhone, which had been expected in September. More news on Apple's next phone, which will be the company’s first 5G-enabled device, is expected at an iPhone day scheduled for 13 October, but the launch will potentially coincide with a global recession.

The tanker is hard to turn

To mitigate the challenges in the products business, the company has rolled out a suite of new services to add to its App and iTunes stores (TV+, Arcade, News+, Fitness+ and the iCloud, for example) and in September announced that it would bundle all these together in a super-subscription known as Apple One. These launches have helped the division’s revenues climb at a compound annual rate of 21 per cent in the last five years. In the 2019 financial year, services contributed $46.3bn (£35.8bn) or 18 per cent of the total revenue, from under a tenth five years earlier.

But despite the increased contribution of services, Apple is having a hard time shifting from its luxury product roots – the legacy of founder Steve Jobs. Group gross margins have fallen from 40.1 per cent to 37.8 per cent since 2015, despite the fact that higher-margin services now make up a greater proportion of revenue. Operating margins have taken an even bigger hit (down from 30.5 per cent in 2016 to 24.6 per cent last year) as the company increases its research and development expenditure to keep its dominant products division delivering and to roll out new services.

It should be noted that Apple has many superb qualities. It has built a brand that consistently ranks among the world’s most valuable and sells products which consumers are willing to pay premium price for. Company fundamentals are also in a different league to peers in the smartphone market: five-year average operating margins (27 per cent), return on capital employed (27 per cent) and free cash flow conversion (113 per cent) far exceed its closest peer Samsung. It also has over $100bn of cash and marketable securities on the balance sheet (although it should be noted that some of those marketable securities are not immediately accessible as they are currently stored offshore and repatriation would come with a hefty tax bill).

But those fundamentals are far less impressive when compared to peers in the market that Apple is attempting to infiltrate – software giants such as Microsoft, Intuit (US:INTU) or Adobe (US:ADBE). What’s more, the issues that have dogged its past – competition, regulation and lack of innovation – are reaching a head. Aside from the very public fracas with Epic Games, Apple is facing regulatory issues with iTunes and discontent among consumers who don’t like the ‘walled garden’ marketing approach – Apple products are far more compatible with each other than they are with any other product. With the company’s market share less stable than it once was, owing to greater competition from the likes of Huawei, the ring-fenced ecosystem might become more of a hindrance than a help as the company seeks out new growth.

A $2 trillion market capitalisation and 100 per cent share price rise in the last 12 months seems to ignore the very real challenges. We feel investors are celebrating the fact that Apple has overcome its 2019 blip – when product sales declined – and accepted to service-growth story without acknowledging the threats to its continued growth.

Apple shares currently trade at just over 30 times consensus forecast earnings for the next 12 months. That is more than treble the rating at the start of 2016 and almost twice the five-year average. Meanwhile, since 2015, post-tax profits have only grown 3 per cent and operating profits have declined. True, company earnings per share continue to grow at an impressive rate, but that is partly thanks to a generous share buyback programme rather than genuine earnings growth. And with spending requirements increasing as the company attempts to make further inroads in the services industry, earnings growth through buybacks might be less easily sustainable.

History shows us that giants struggle to adapt in the face of momentous change – like that being attempted by Epic Games. If the guard is once again changing atop the big US tech industry, now might be as good as it gets for Apple investors.