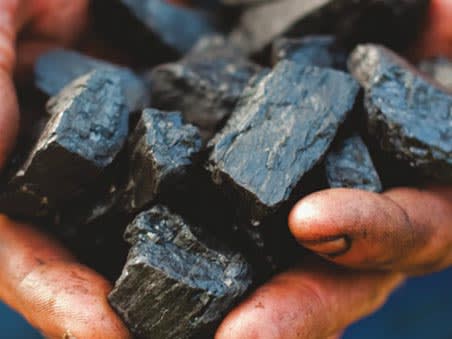 M&A activity in the mining sector is hotting up, prompting Matthew Allan to look at which companies might be targeted next

It would have been the biggest deal in the history of the gold mining sector. The world’s two largest gold miners, Canada’s Barrick Gold (TSX: ABX) and America’s Newmont Mining (NYSE: NEM), were furtively negotiating a potential $35bn (£21bn) merger until April. But talks soon collapsed after the larger-than-life personalities at the top of the rival firms simply could not get along, nor agree where the head office should be located.

The scuppered union nevertheless serves to highlight how merger and takeover activity has returned to the mining industry with a bang in 2014. In Canada alone, there have been 41 mining deals so far this year worth C$7.1bn (£3.8bn), according to data compiled by the Financial Post. By comparison, there were just C$9.3bn of deals across the country in the whole of 2013.

True, deal-making remains a far cry from the free-wheeling peak years like 2010 and 2011. And a recent report from Ernst & Young estimates the total value of global mining deals fell to $16.7bn in the first half from $22.8bn last year, excluding Glencore’s $31bn acquisition of Xstrata in May 2013. Yet there is a growing feeling that the mining downturn may finally be reaching a bottom.

Prices of most metals and bulk commodities have stabilised over the past year, following three volatile years of decline. Gold, silver, platinum, copper, coking coal, and lead prices are broadly flat year on year, while palladium, zinc, nickel and thermal coal prices are slightly up. Iron ore, the key source of profits for the major diversified miners, is down by a third, however.

Importantly, lower-cost miners can still enjoy healthy operating margins at current prices. Most remain at significantly higher levels than in either 2003 – the end of the previous cyclical downturn – or during the dark days after the 2008 financial crisis. Mining companies’ long-overdue efforts to cut costs, boost cash flows and increase returns to shareholders are also finally starting to bear fruit. And crucially, company valuations are at lows not seen since either 2008 or 2003. That has combined to create good buy-side opportunities, primarily driven by distress and opportunism, even if large-scale M&A remains unlikely in the near term for most of the industry’s majors.

“This is the most positive I have been for some time,” says Brent Cook, a veteran geologist and mining stock analyst who writes the closely followed Exploration Insights newsletter. “2014 should be a good year for investors to begin positioning themselves in the better metal deposits, mining companies and the most competent explorers.”

Mr Cook is nevertheless quick to point out that investors will need to be extremely selective in what they purchase, because there are still a lot of dud companies out there. “Money will remain tight for development projects, extremely limited for exploration, and virtually non-existent for conceptual ideas,” he predicts. “Mediocre junior miners, and explorers without sufficient funds to survive the year, will be decimated.”

That’s because marginal, difficult or low-quality projects generally seem to stay that way despite any increase in metal prices. As we saw during the last bull run, increased metal prices are often accompanied by escalating mine development and operating costs. Or as Mr Cook puts it, “Ratty, complex deposits with poor grade continuity remain so forever – one cannot change the fundamental characteristics of a deposit no matter how much money is thrown at it”.

The real challenge facing the mining industry is that they are not finding enough new ‘economic’ deposits to replace mine production. There are plenty of dud projects that would make money at higher commodity prices. But the difference now is that mid-tier and large mining companies are no longer buying or developing them. Instead, they’re cutting costs at every corner to prove that their current operations are viable. And the first thing that’s usually on the chopping block is exploration.

There will come a time when the looming gap in miners’ project development pipeline will be too large to ignore, but we doubt it will be as early as next year. We are, however, willing to bet that cash-rich miners will soon be tempted to pick up one or two good-quality assets on the cheap, given some of the extremely punitive market valuations out there.

In the following paragraphs, we outline what qualities a deposit or mining company must have in order to be a likely takeover target. We also provide our top takeover picks, as well as a table containing some of the more notable mining M&A transactions from the UK and around the world that have been announced so far in 2014.

What to look for

Buyers want to know what they’re paying for. The only mineral deposits that are being snapped up now are those that are in production or have been advanced to a bankable feasibility study (or perhaps a preliminary economic assessment). That way the acquirer knows almost everything it needs to know about the deposit – especially key metrics such as capital expenditure, operating costs and the internal rate of return (IRR) – before deciding to build a mine or purchase one. Forget about any project with a post-tax IRR of less than 15 per cent using conservative commodity prices.

Established mining jurisdictions – where there is better infrastructure and less risk of government appropriation – have always demanded a premium and continue to do so today. But there is a new trend as well: brownfield sites, where mines have previously been built, command a premium over greenfield sites, where mine building can be more difficult because of the lack of infrastructure or permitting issues.

Mining companies are becoming increasingly selective about the quality of deposits they acquire, having been burned repeatedly during the last cycle buying large but not very profitable operations. A deposit needs to be of sufficient scale, it needs to have good grades, and have relatively simple geology in order to get a look in today.

We can’t stress the importance of costs enough. The majors have all learned this the hard way: they can’t control commodity prices and there is a limit to how much they can control costs once a mine is built. So unless there is a dramatic rise in commodity prices again soon, only those projects with low operating costs will be developed, as they’re the only ones that will make money in the current environment. Marginal projects or middling deposits with high operating costs will be shelved.

The market may not be ascribing much value to exploration potential at the moment, but this remains a key determinant for mining companies and geologists. Acquirers will consider the potential of adding additional resources and reserves through further exploration, as this could provide valuable growth opportunities in future years.

The market valuation of the target company is key, for obvious reasons. Investors should compare different valuation metrics when considering whether a company is a viable target. Compare a company’s enterprise value with the value of its reserves or resources, or alternatively a discounted cash flow (DCF) model for producers or a net present value (NPV) for advanced projects, to identify undervalued targets.