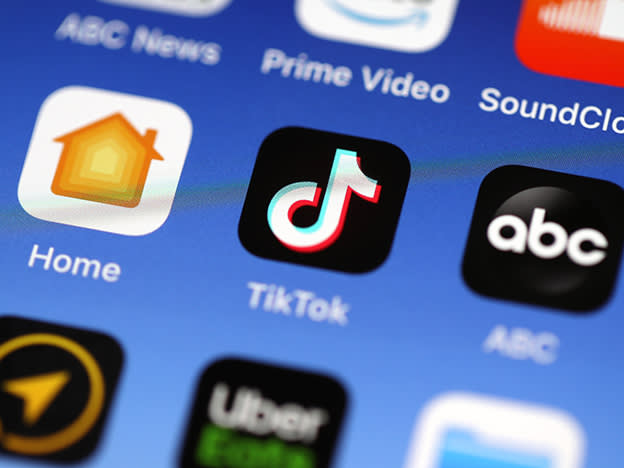 Can US shares keep on delivering for investors?

A cheap S&P 500 tracker has been a better investment than most UK managed funds. Will it stay that way?

It has been a great year for US shares as the bull market in them has continued to run. In recent years, an investment in a low-cost index-tracking fund based on the S&P 500 has handsomely beaten the returns that most fund managers have been able to generate from UK shares. But with the US index at a record high, it seems only reasonable to ask whether the good times can last?

Over the past five years the Vanguard S&P 500 ETF (VOO) has delivered total returns of 87.6 per cent to UK investors, according to Morningstar. Only eight active funds in the UK All Companies sector have managed better than this. A bull market in US shares and the weakness in the value of the pound against the US dollar have made the S&P 500 a simple yet very effective choice for UK investors.

Why has the US stock market been so much kinder to investors than other stock markets around the world? Very simply because the US is home to far more outstanding businesses than anywhere else. They operate in the world’s largest economy and many hold dominant positions in global markets. In many cases, this has produced businesses with very high levels of profitability that have been able to keep growing. Throw in a backdrop of cheap money and high levels of share buybacks and you have had an almost perfect backdrop for strong share price gains.

As the S&P 500 has continued to scale new heights, stock market bears have become even more bearish and have warned of the danger of a crash. The bulls have pointed to the glaring fact that there is little alternative for investors looking to grow the buying power of their savings pots.

Yes, there has been a bull market in bonds, but if anything they look an even more dangerous place to invest than the stock market given the paltry or even negative returns on offer. Bond coupons do not tend to grow unless they are linked to inflation while further falls in interest rates are unlikely to deliver much more meaningful upside to capital values. Company profits can fall but they tend to grow over time, which has made them a better long-term home for investors’ money.

Then there is the help of the Federal Reserve, America’s central bank. It tried to raise interest rates just over a year ago and the stock market didn’t like it, so it stopped raising them. This only re-enforced a prevailing view that one of its main functions is to prop up the US stock market. This has been immensely helpful to stock market investors, but the Fed cannot protect investors from losing money in all circumstances.

There may be good reasons for people to remain bullish, but as always there is no excuse for complacency. Investors need to be aware of the risks. So I’ve decided to do a bit of digging and number crunching and have a look at them.

This is the main point made by the stock market bears and one that isn’t without foundation. One of the most powerful cases for arguing that the S&P 500 is overvalued is made with reference to something known as the Shiller (named after the economist Robert Shiller) or cyclically adjusted price/earnings ratio (CAPE).

Instead of comparing share prices with a single year’s earnings per share (EPS) it looks at the average EPS over the past 10 years after adjusting it for inflation. The rationale for doing this is based on the view that 10 years takes into account the ups and downs in profitability that tend to occur across a business cycle and therefore don’t allow valuations to be biased by one particular year’s profits.

This measure of valuation has identified cases of extreme overvaluation of the stock market, as seen in 1929 and in 1999, but has sometimes given misleading messages. Like most things in finance it has attracted criticism, with some commentators suggesting that the EPS figures assume low levels of growth and get distorted by companies retaining earnings and paying dividends.

I’m not sure these criticisms hold much weight and am more open to a drawback being that the measure is backwards rather than forwards looking.

Even so, the Shiller PE has a long-term average of 16.7 times and is currently at just over 30, but still some way short of the 44.2 times reached in December 1999. That said, a high PE on this measure is often seen as a predictor of low future returns from shares.

But you could have made that argument in 2010 when the Shiller PE was at similar levels seen before the Black Monday crash in October 1987. We have seen a strong bull market since then. In all fairness, though, the level of central bank interference and the boost to stock markets this has given since 2010 has been unprecedented.

Yet, there is no doubt that when it comes to the S&P 500 it is true that share prices have increased faster than profits and PE ratios have gone up. There are limits to how long this can last.

EPS and dividends per share have grown strongly since bottoming in 2008. If we look at the PE and dividend yield of the S&P 500 by comparing calendar EPS and dividends with the current or year-end value of the index we can see that PE ratios have increased significantly since 2010 and that the current earnings yield is just 4.2 per cent based on the past 12 months’ EPS.

This is where the picture gets a bit fuzzy.

Depending on what earnings measure you look at, your picture of the health of US company profits changes. Looking at the diluted EPS figures from the S&P 500, profits for the year to date are not much higher than 2018.

On underlying or normalised EPS – the numbers that are seen in Wall Street analyst reports and used by professional investors – they are expected to grow. However, I think the current growth rates for 2020 and 2021 look quite high and they could disappoint. A 2019 forecast PE of 19.4 times might be seen as fairly and fully valued to some in a low interest rate world, but the multiple will not stay that high if earnings fall short of forecasts.

A big unknown is how much money companies will spend on buying back their own shares. Share buybacks have turbocharged EPS growth over the past decade and seen it increase faster than net income (after-tax profits). They have also fuelled demand for shares in general. Last year S&P 500 companies spent over $800bn on buybacks, but Goldman Sachs has recently cautioned that it expects the figure to be nearer $700m in 2019 and lower again in 2020. If this turns out to be correct then the S&P 500 could take a knock from lower EPS growth and lower demand for shares.

The important point about buybacks and EPS is that they are a low quality source of growth. Also, the higher the valuation of a company’s shares, the more muted the effect they have on EPS, even with rock bottom borrowing costs.

Is the S&P 500 too reliant on technology shares?

All the main sectors of the S&P 500 have delivered positive total returns in 2019. None more so than information technology stocks, which include the likes of Apple, Microsoft (US:MSFT) and Visa (US:V) – which combined are 10 per cent of the index and which have delivered a stellar performance.

This sector now accounts for nearly one-quarter of the S&P 500’s market capitalisation and trades at a 14 per cent premium to the index on a forward PE basis. The earnings expectations baked into these valuations have little – if any – scope for disappointment and arguably contain significant risks for the value of the S&P 500 as a whole.

While welcome, index returns such as those from the S&P 500 seen this year are very much one-offs and don’t happen very often. Given that current valuations are very high – even taking into account low interest rates – a reasonable expectation is that the value of the index will probably track earnings growth on a best-case scenario.

The caveat here is that the valuation of shares rarely follows a sensible course based on company profits and often overshoots and undershoots estimates of fair value. Predicting the future direction of the S&P 500 is therefore quite difficult.

My view is that betting on gains from further PE multiple expansion is unrealistic and that the risk is that PEs actually start to fall back. If they do, then the S&P 500 could struggle to make much progress over the next few years.

All this said, where else can investors get exposure to such a wide selection of excellent businesses? It is no surprise to me that managed funds such as Fundsmith (GB00B41YBW71) have invested in so many US companies as the kind of high-quality businesses on offer are pretty scarce in the UK and Europe.

A key consideration for UK investors is the value of the pound against the US dollar. A weaker pound since June 2016 has boosted their returns from US shares. In recent weeks, the pound has strengthened and has become a headwind that has reduced returns. I’ve no idea where the value of the pound will go over the next few years, but a return to $1.45-$1.50 would not be helpful to making money for UK residents.

Betting against America has not been a great strategy and while future returns from its stock market might be more modest, having some exposure in your portfolio is probably still the right thing to do. If you have a large amount invested in US shares a rethink and a review is also probably not a bad idea.