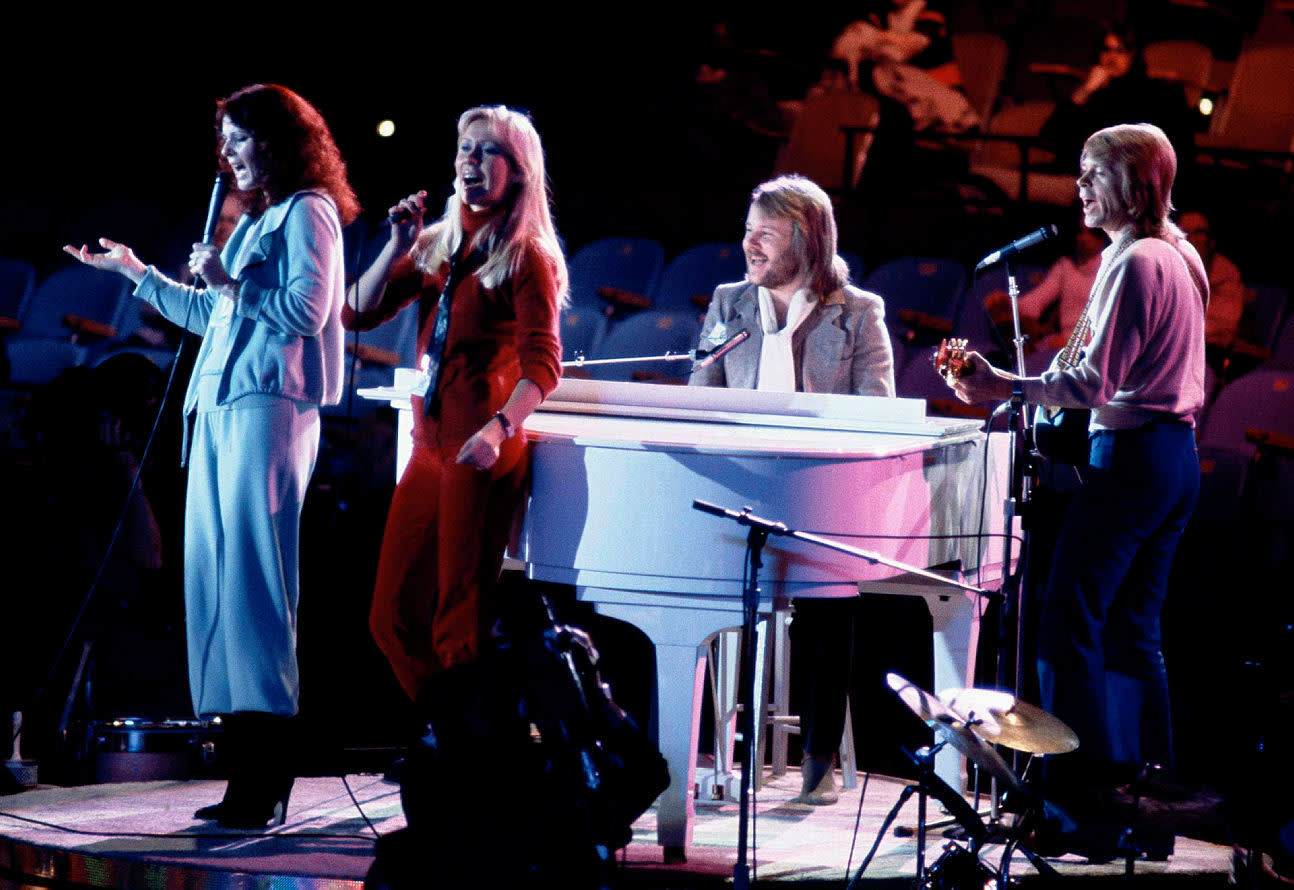 Lessons from History: On Abba and shareholder capitalism

After coronavirus, will the winners still take it all?

If these lyrics are to be believed, Abba must be laughing harder than most. Estimates of the Swedish pop group’s wealth vary, but the artists responsible for hits including “Money, Money, Money” and “The Winner Takes It All” are said to be among the richest of all time.

Releasing many of the catchiest songs ever recorded has helped. But the quartet's wallets may also have one of the greatest hits of the investment industry to thank: shareholder capitalism.

Back in 1982, exports of Swedish pop (read: Abba) were booming, but the local economy was recovering from a recession. The leftwing Social Democratic Party, seeking to overturn a weak coalition government in the upcoming election, had a new pitch for downtrodden workers.

Its proposal, pioneered by Swedish economist Rudolf Meidner, was to force Sweden’s leading firms to give a fifth of their “excess profits” to trade unions. The unions would in turn use this money to buy company shares, effectively handing part-ownership of the private sector to workers. Big business would supposedly be run less in the interests of outside investors, and more in the interests of the little man.

Abba certainly did not find this proposition funny. “It is ridiculous to think [the unions] could take care of the money better than us professionals,” the group’s manager, Stig Anderson, told The Christian Science Monitor magazine at the time. If Sweden elected the Social Democrats, he suggested, it would be akin to voting to go behind the Iron Curtain. An outdoor concert was organised in Stockholm to help finance the campaign against the alleged communist takeover and Björn Ulvaeus, one of Abba’s members and lead composers, turned his writing talents to penning pamphlets about the perils of the policy.

Was this a selfless devotion to the liberal cause? Abba, as chance would have it, had been building something of a business empire themselves.

Over nearly a decade, the money had been pouring in from record sales around the world. Unfortunately for the group, Sweden had a top tax rate of 85 per cent. As Carl Magnus Palm’s book, Bright Lights, Dark Shadows, describes, some financial engineering was called for.

Abba established an investment company in 1976 and the empire began acquiring other firms, including a Swedish bike manufacturer, and even started trading crude oil. Rather than sending all their earnings straight to the government, the group had protected their wealth by funnelling it into other businesses. The winner kept it all – it might even have earned a nice return on its investments.

That’s unless, hypothetically, those businesses suddenly had to split their ownership with unions, who were presumably less interested in lifting the bottom line.

Thankfully for Sweden’s investor class, the proposals did not come to fruition. The Social Democrats won the election, but feeling the heat from business leaders – and likely the country’s most famous music group – it decided to water its policy down. By the 1990s it was revoked completely.

About three decades later, fans are now eagerly awaiting Abba’s return, with five new songs slated for 2021. But if the group also decides to revive its old economic ideas, it may find itself facing a tougher crowd than before.

For most of the 50 years since its inception, Milton Friedman’s philosophy of shareholder-centered capitalism has gripped executives the world over. Most have subscribed to the argument that the only social responsibility they have is increasing profits for investors: complicating that with other interests – such as those of employees – could be bad for business and a free society.

But the fallout since the financial crash of 2008 has increasingly undermined that doctrine’s hold on the corporate world. Gratifying the short-term interests of investors who can immediately sell their stake in a company has not always been good for business, and certainly not for society.

At least that’s the feeling of many politicians on the left. Banking on simmering resentment towards the City, the UK’s Labour party decided in 2018 to dig up a certain Swedish policy from decades past. All large companies, the then shadow chancellor John McDonnell said, would give workers a stake in their business if the party was elected. A year later, Bernie Sanders tried out a similar proposal as he contended for leadership of the US Democratic party. Both were unsuccessful in their respective campaigns. Maybe they were thwarted once again by the insidious forces of Abba – Labour’s proposals certainly grabbed less attention than when Theresa May sauntered on stage to the tune of “Dancing Queen”.

Barely a year later, however, and proposals to put workers on a more equal footing with investors no longer seem so radical. The coronavirus pandemic has intensified the debate on inequality, as its economic impact pushes some of the lowest paid into unemployment while leaving the highest paid relatively unharmed. This year, the High Pay Centre found FTSE 100 chief executives had to work just 34 hours to earn the median annual wage, compared to 33 hours in 2020.

With the prospect of more recessions down the line, the question is whether the voting class, and even investors, continue to tolerate discrepancies like this without demanding a more direct solution. So-called environmental, social and governance investing, which has dominated the conversation of late, no longer links shareholder primacy to higher returns, but says better treatment of workers is key to the long-term performance of a business.

Maybe even Abba would be less likely today to defend the interests of traditional investors. In the same year they led their successful campaign against the Social Democrats, the group also suffered its acrimonious break-up. Fractured relationships played their part, but member Benny Andersson also reportedly said he started to get the feeling the money had created Abba, “when the truth is the exact opposite”. It’s not the money, after all, but the workers – Agnetha, Björn, Benny and Anni-Frid – to whom we say thank you for the music.