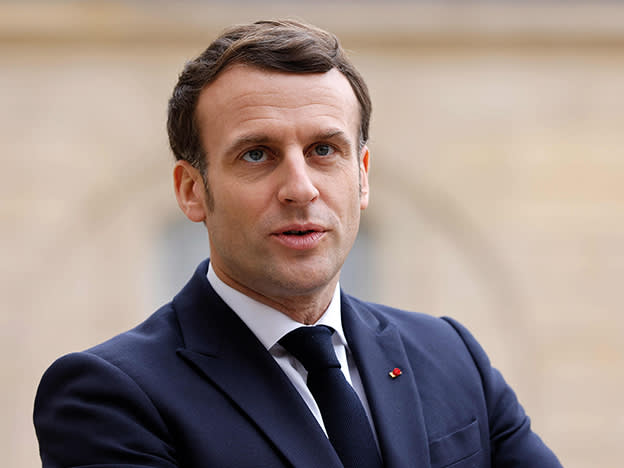 It’s easy to see why a wealth tax captured the nation’s imagination last year. The pandemic has clearly exposed and sharpened inequality in the UK, as those who can’t work remotely are disproportionately low paid and have been significantly harder hit by the virus.

In a poll carried out by Ipsos Mori last October, 44 per cent of Brits said they were prepared to pay more taxes to help address the government’s expected £400bn budget deficit. Unsurprisingly, the wealth tax received the broadest approval, with three-quarters of people supporting the measure.

Amid speculation of upcoming tax changes, a group of economists and lawyers from the Wealth Tax Commission proposed in December that one way to address pandemic-induced inequality would be to introduce a 5 per cent levy on personal net wealth above £500,000, spread out over five years.

It is worth noting that the report was not commissioned by the government, and Chancellor Rishi Sunak said earlier this month the proposals were “unconservative” – read: very unlikely to be introduced any time soon. The Labour position on a wealth tax seems unclear. Keir Starmer, the party leader, said in July that the government should look at the idea of a wealth tax, but has subsequently shown more support for stimulating the economy than for immediate tax hikes.

The UK has never had a wealth tax, but the closest it came to introducing one was in the mid-1970s against a backdrop of high inflation, rising unemployment and frequent largescale strikes. Denis Healey, then Labour chancellor, wrote in his memoirs: “We had committed ourselves to a wealth tax; but in five years I found it impossible to draft one which would yield enough revenue to be worth the administrative cost and political hassle.”

While most decent people would support policies to address rising inequality and support those worst hit by the pandemic, history suggests introducing a wealth tax is unlikely to be the best way to do it. As Mr Healey concluded, there is a little evidence that, all things considered, it can be sufficiently lucrative.

Back in 1990, around a dozen European countries had a wealth tax, but most have been abolished, with only those in Spain, Norway, and Switzerland remaining. Take France’s experience, a country with roughly the same-sized population and economic output as the UK, that has experimented with wealth taxes and high top rate income taxes, with disappointing results.

In 1982, Francois Mitterand, the first left-wing president of France’s Fifth Republic, introduced a wealth tax that was swiftly abolished by Jacques Chirac in 1986, but reinstated two years later when Mr Mitterand was voted back in. The tax – called the ISF (impôt sur la fortune) – stayed in place until 2017 when it was abolished by current president Emmanuel Macron.

What’s more, it led to an exodus of France’s richest. More than 12,000 millionaires left France in 2016, according to research group New World Wealth. In total, they say the country experienced a net outflow of more than 60,000 millionaires between 2000 and 2016. When these people left, France lost not only the revenue generated from the wealth tax, but all the others too, including income tax and VAT.

French economist Eric Pichet estimated that the ISF ended up costing France almost twice as much revenue as it generated. In a paper published in 2008, he concluded that the ISF caused an annual fiscal shortfall of €7bn and had probably reduced gross domestic product (GDP) growth by 0.2 per cent a year. What's more ISF fraud mainly involving an underassessment of property assets was estimated at around 28 per cent of total revenues.

Another French tax aimed at the rich was shorter-lived, the so-called supertax introduced by socialist president Francois Holland in 2012. The tax imposed a 75 per cent levy on earnings above €1m, and led to a number of French celebrities leaving the country. France’s richest man, Bernard Arnault, the chief executive of luxury retailer LVMH Moet Hennessy Louis Vuitton (EPA: MC), applied for Belgian citizenship, and actor Gérard Depardieu moved to Belgium before obtaining Russian citizenship. French footballers threatened strike action, while league bosses feared the tax prevented them from attracting world-class players. The tax was repealed two years after adoption when Mr Macron, then economic minister, warned that it made France “Cuba without the sun”.

Most wealth taxes have failed to bring in much revenue and ultimately proved politically unsustainable. Higher taxes and the flight of a cohort of France’s richest will have helped to reduce inequality, which is lower than in the UK, according to the Gini coefficient. But it is hard to see that it left the country better off.

The Investors Chronicle has published views from both sides of the UK's wealth tax proposal. In this article deputy editor Rosie Carr concludes the proposal is deeply flawed and here economics professor Arun Advani argues that it is better than alternatives.