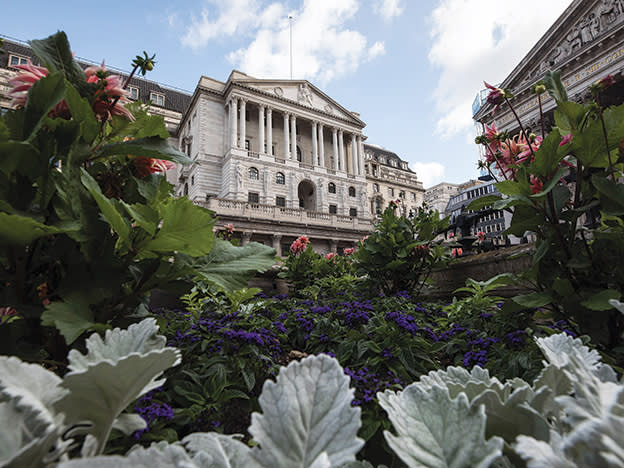 Could the UK be the trade of the decade?

The perspective of time can be helpful when reflecting on portfolio composition. In recent decades, turnover has increased markedly as portfolio managers have sought to capitalise on the latest news flow. Yet too often this is just short-term market ‘noise’. Perhaps a better endeavour is to step back and consider composition if one could not deal for five or 10 years. How would a portfolio be constructed on that basis?  Such an approach could better encourage a focus on valuations and long-term thematic trends. It could even beg greater questioning of the consensus which might lead to treasures close to home.

This monthly column has previously highlighted the extent to which the UK market looks attractive whether compared with its own historical metrics or the valuation of others. It has underperformed global equities by around 50 per cent over the last 14 years. Recent figures put the FTSE 100 index on nearly 15 times forward earnings, which compares with 18 times for eurozone shares and nearly 20 times for the global average.

Uncertainty about Brexit has contributed to the malaise. Figures last month suggested the FTSE 100 index is up around 10 per cent since the referendum in 2016. Yet over the same period the Dow Jones was up nearly 90 per cent, the DAX by nearly 50 per cent and the Hang Seng by over 40 per cent. The whole debate, including the flawed ‘Project Fear’ exercise, has cast a long shadow. Yet this is slowly lifting.

Those peddling doom ignored, either through ignorance or wilful neglect, that jobs and investment is strongly influenced by comparative advantage: lower corporation tax, more flexible labour markets, an entrepreneurial and skilled workforce, top universities, language and time zone, the rule of law and a tolerant society are, in aggregate, more important in determining economic activity than any WTO tariffs averaging 3-5 per cent.

If evidence were needed, the economy was doing better than most prior to Covid-19 with unemployment well below international and EU averages. The corporate sector globally is focused when seeking a profit, and inward investment in recent years has been twice the level of France and Germany combined despite a no-deal outcome being a real possibility during the negotiations. It also helps to explain why predictions peddled by many seemingly erstwhile bodies, such as the CBI forecasting in the spring of 2016 an extra 950,000 unemployed within a few years should the UK vote to leave the EU, were completely wrong.

This is important because such factors influence sentiment – and sentiment influences prices. We were told by the sceptics that trade deals in the near-term were the stuff of dreams. And yet, within the last year alone, the UK has secured important deals with major economies and blocs. Perhaps the most exciting prospect is that of the Comprehensive and Progressive Agreement for Trans-Pacific Partnership (CPTPP) which, with the UK included, will account for around 15 per cent of the world’s GDP. The potential for exports is promising. For example, sought-after Scotch whiskey attracts tariffs of over 100 per cent in many of the member countries, but this will fall to zero once the UK becomes a member. And being a member will allow us to influence who can subsequently join.

Of course, other factors have contributed to the market’s poor rating. The lack of entrepreneurial flair among our bigger companies, courtesy perhaps of managements too focused on short-term investment returns, being one. This theme was examined in more detail in a previous column (‘Where are our pioneering giants?’, 8 February 2019). However, the true entrepreneurial spirits of the country have usually been found in its smaller companies – we were recognised as a ‘nation of shopkeepers’ long ago. This offers hope.

It is the smaller companies which are best exposed to the UK’s expected robust rebound. Around three-quarters of the FTSE 100’s earnings are sourced overseas. This falls to 50 per cent for the FTSE 250 – and falls further still for the small companies. Such factors help account for the fact recent figures show the FTSE 250 returning over 500 per cent over the last 20 years, compared with just 150 per cent for the FTSE 100 index. And looking forward, it is precisely at this point in the economic cycle that smaller companies do very well.

However, perhaps the major factor counting against the market has been its composition. Its weighting towards financials, energy, pharmaceuticals, miners and industrials, and the absence of technology, has weighed against it. It remains primarily a value index boasting a high yield and reasonable cash flow at a time value has seriously underperformed the wider indices. If the FTSE 100 had simply kept pace with the DAX or S&P over the last 20 years, the index would be nearly 13,000 and 16,000 respectively. Most investors have turned their back – the trend has been one way.

However, the UK market now finds itself well placed for what could be a sustained upswing. Given the disparity in valuations between value and growth after the latter’s strong performance in recent decades, together the increasingly evident determination of governments to engineer a strong economic recovery, the UK’s less-fashionable companies and sectors should now come into their own. With Brexit done, the vaccination programme going well, a huge economic stimulus package evident, and forecasts suggesting the UK could soon become the fastest growing developed economy, our cheap and high yielding value stocks are due a substantial re-rating.

The tea leaves are already encouraging. International investors have started to take note. Sterling has been appreciating across a range of currencies. The number and extent of takeovers by foreign companies is on the rise across the full spectrum of companies and sectors. Money is flowing back into equities. Recent reports suggest £600m of net investment flowed into UK equity funds in March, compared with £151m in February. And whisper it gently, but the FTSE All-Share is beating the FTSE All-World index so far this year. Perhaps the trend is now, finally, turning up.

Maintaining portfolio balance will remain central. The portfolios featured in this column will continue to seek companies which are embracing both existing and emerging trends and technologies. However, robust and sustained economic growth, aided by artificially low interest rates and government largesse, and the concomitant risk of high inflation, are now a central part of the investment landscape. Such considerations point to the UK being the trade of the decade.

The portfolios featured in this column are two of nine real investment trust portfolios managed on the website www.johnbaronportfolios.co.uk. They pursue a range of risk-adjusted strategies and income levels, but their common approach is to seek quality companies with proven managements which pursue remits we understand and approve. Short-term factors, such as discounts and gearing, can then help to determine the timing of entry and exit points. Such considerations have been important in achieving robust outperformance of the various benchmarks.

Examples of UK focused investment trusts held by the two portfolios include Murray Income Trust (MUT), Edinburgh Investment Trust (EDIN) and Dunedin Income Growth (DIG). These are the income stalwarts focused on larger companies and the managers have a track record of outperformance. Finsbury Growth & Income Trust (FGT) has a lower yield in large part because of its unsurpassed record of capital growth. Slightly lower down the size spectrum, Mercantile Trust (MRC) and Henderson Smaller Companies (HSL) focus on medium-sized companies.

However, in common with the website’s other portfolios, there is a bias towards smaller companies. Holdings include BlackRock Throgmorton Trust (THRG), Herald (HRI), Montanaro Smaller Companies (MTU), Standard Life UK Smaller Companies (SLS) and Invesco Perpetual UK Smaller Companies (IPU). For those seeking income, MTU and IPU distribute income from capital reserves. MTU pays a quarterly dividend equating to 4 per cent of its NAV (1 per cent of each quarter-end value) while IPU pays 4 per cent of its share price at year-end – the latter recently correcting its mistake last year of abandoning this stated policy.