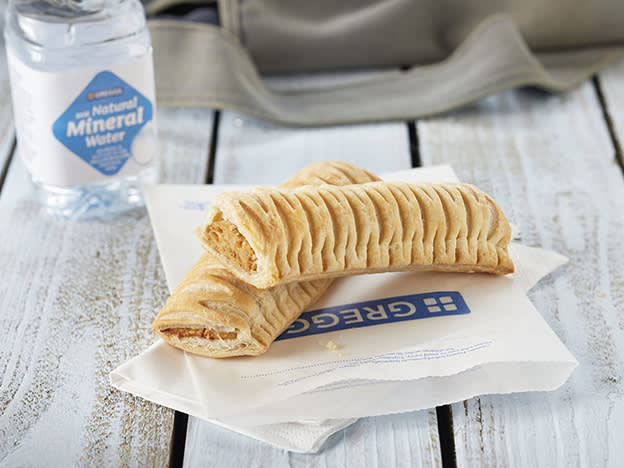 Greggs looks well placed to capitalise on post-pandemic trading conditions, as it works towards an ambitious growth target

Tasty, good value, and full of potential. This doesn’t just describe one of Greggs’ (GRG) pasties, but the bakery chain’s shares. After a lockdown-hit 2020, when its shops were shuttered and sales plunged, the company made notable steps forward in 2021 and is confidently pursuing an ambitious growth target to double revenue by 2026.

Greggs’ strategy is centred around expanding outlets and pushing forward with home delivery and evening trading. Progress is being made on these fronts, and when combined with solid fundamentals, the long-term investment case looks attractive.

A change of captain

The bulk of Greggs’ revenue comes from its company-managed retail shops. A range of sandwiches, cakes, and baked goods are sold in its 2,181 units – of which 375 are franchised – across the UK. Just over a tenth of the top line is classed as business-to-business, and relates to product sales to wholesale and franchise partners.

Much of Greggs’ success in recent years has been through progress in “walk-in” sales – that is, attracting customers in off the street. But the pandemic has spurred an expansion into delivery, which amounted to 9 per cent of company-managed shop sales in the first half of fiscal year 2021. Delivery is available through around a thousand Greggs shops, via a partnership with Just Eat (JET).

The strategy of chief executive Roger Whiteside, who steps down in May, has powered Greggs' shares to a 580 per cent total return since he took the helm in February 2013. Whiteside has overseen improvements to the product range, has ensured shops have been placed in profitable locations, and has streamlined supply chains and operations. He’ll be replaced by Roisin Currie, the company’s retail and property director.

On 6 January, Greggs gave a trading update on its full 2021 fiscal year, Whiteside’s last full year at the helm. Despite a 3.3 per cent fall in like-for-like sales from company-managed shops compared with 2019, total revenues rose 5 per cent to £1.23bn, despite some very tough trading conditions at either end of the period. The company was also swimming in cash at the year-end, with £198m in the bank to play with.

This marks a strong start in Greggs’ five-year growth plan to 2026. Its headline target is to double annual revenues to around £2.4bn, which translates to a compound annual growth rate of around 14 per cent.

That’s a big leap in a short time. Number one on management’s to-do list is expanding the shop estate. This is expected to be the main driver of revenue growth, with the company forecasting that it will contribute £600m of additional revenues in the period.

Management believes there is sufficient national appetite to expand its expand its UK estate to at least 3,000 shops. The pipeline looks promising, with a net 103 shops opened in the latest year, and sights have been raised from 100 to 150 net new stores for 2022. The pandemic’s impact on the UK’s high streets, with easily available retail units, should ease this process. But if the 3,000-shop aspiration is aligned with the 2026 revenue target, it will need to step up its current rate of growth considerably (see chart).

It helps Greggs’ prospects that much of its estate is in town and suburban locations. It looks less exposed to the potential impact of post-pandemic working patterns – with more people working at home and eating locally rather than in city centres – than competitors such as Pret a Manger.

The delivery channel, which is becoming ever more important to the business, is another key source of expected revenue growth. The aim is to offer deliveries from 80 per cent of Greggs shops, and progress in this area is expected to contribute an extra £170m over the next five years.

Developing an evening trade is another part of the growth jigsaw. Richard Hutton, Greggs’ finance director, told Investors’ Chronicle that “we believe that around two-thirds of our estate could support longer trading hours”, and the group expects combined growth in evening delivery and walk-ins to add a further £180m to annual sales by 2026.

Although competition in the evening trade is likely to be brisk, Greggs already offers popular evening food items such as pizza, chicken, and potato wedges. Plans are also in motion to expand the evening menu in a bid to entice customers. “We’ll be trialling some additional hot food items in the year ahead,” Hutton confirmed to us.

If Greggs can hit its revenue target, its market share of the food-to-go sector will spike. With the progress that the company has made to date, coupled with its knack for popular product launches (including the sell-out vegan sausage roll), we wouldn’t bet against it.

This isn’t to imply growth is a dead-cert. Indeed, funding those expansion plans requires profits to rise, too.

Unfortunately, a hard-to-swallow concoction of inflation, supply chain problems, and labour market issues is being forced down the gullet of retail operators. Greggs is not immune from these wider market struggles, with its trading update noting that the inflationary pressures are “likely to remain elevated in 2022”, putting stress on margins in the process.

Given its value niche, Greggs has been keen to limit the proportion of rising overheads it passes on to cost-conscious consumers. Nonetheless, it decided to act at the end of 2021 by increasing prices.

Hutton said price hikes were “kept to a minimum of around 5p-10p and were more broadly spread across our products”, adding that this was the result of rising costs across the whole economy, rather than because of supply shortages or labour problems.

The question is, will such price rises lead to a fall in demand and lost customers? It is perhaps too early to say, but we can make an educated prediction of “probably not”. Greggs enjoys a loyal customer base and boasts strong brand equity. Its prices are already competitive, which lessens the negative impact of rises. Alex Chatterton, an analyst at Panmure Gordon, thinks there will be no “drastic” impact on sales.

A dive into Greggs’ accounts and fundamentals reveals an impressive business behind the tasty morsels found on the company’s counters.

For one, the balance sheet is robust. Although it retains a £100m revolving credit facility (which allows it to hold £70m in net borrowings if required) Greggs has no bank debt, which puts it in rare company among major UK stocks. At the last reporting date – the half-year results to 3 July – most of its liabilities were tied up in store leases, over which the company is likely to have good negotiating power.

Trim business management resulted in a build up of excess cash in 2021, which prompted management to announce plans to pay a special dividend of £30m-£40m this year. Would such cash not be better utilised if invested for future growth?

The company argues that this will not detract from the funds needed to grow. Panmure Gordon's Chatterton agrees, and believes there is enough cash in the till for Greggs' investors to have their iced bun (via 150 new stores a year) and eat it (the special distribution).

Greggs’ recent (pre-pandemic) history offers plenty of encouragement. Return on capital employed, a profitability metric which shows how efficient a company is at generating returns on funds invested in it, hovered consistently above 20 per cent before 2020. Similarly, pre-tax profit margins were approaching 10 per cent before the pandemic hit, and despite rising inflation look set to rebound in 2021 and 2022. The knock-on effect for earnings, as the table below suggests, could be considerable.

Following a sharp correction in the shares since the start of the year, Greggs' shares trade almost a third below their five-year average forward earnings multiple of 28. That looks undemanding, given growth projections and the underlying strengths of the business. This makes it a good time for investors to tuck into a sausage roll – or two – and buy into Greggs for long-term growth.