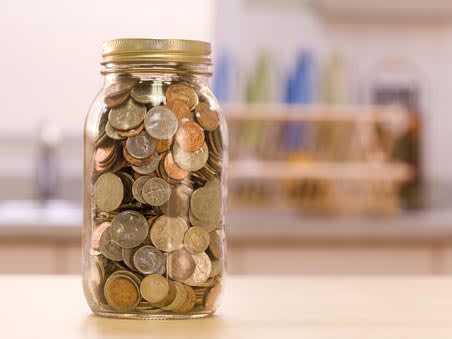 Don't discount annuities until you are clear on your situation

Annuity sales have plummeted, but this form of income retirement may still be a good choice

Over-55s have never had more freedom in the way in which they can use their life savings. Changes to pension rules in 2015 mean that millions more investors have the option of keeping their pensions invested and drawing income from them, rather than exchanging them for a fixed income from annuities, which have been paying some of the worst rates since their inception. However, there are also concerns about whether retirees risk hardship in retirement if they do not opt for an annuity.

Annuities insure individuals against longevity risk – running out of money – by paying a guaranteed income until death. The longer you live, the harder that risk is to manage, and we are, on average, living longer. UK life expectancy at birth last year was 79.3 years for men and 82.9 years for women. And a man aged 65 can expect to live for another 18.6 years while a woman of that age can expect to live for another 21 years.

Investors are “systematically misjudging” how long they will live after finishing work, according to a study by the Institute for Fiscal Studies (IFS) published in January, and the single biggest reason for this is the collapse of annuity sales since 2015. “If people underestimate their survival chances, they may undervalue the guaranteed income provided by an annuity,” says David Sturrock, research economist at the IFS.

Before April 2014, unless they had a defined-contribution (DC) pension pot of under £18,000 or a guaranteed income of at least £20,000 a year, people retiring had to purchase an annuity or draw down income of up to 120 per cent of its value. If they didn't go for one of these two options they would have paid 55 per cent tax on pension withdrawals. But since April 2015, those aged over 55 can access any amount of their DC pension and pay only their marginal income tax rate. So last year only 11 per cent of newly accessed DC pensions were used to buy an annuity – a figure that has crept down in each of the past three years, according to the Financial Conduct Authority (FCA).

But Kay Ingram, director of public policy at financial advice firm LEBC, argues: “Anyone who needs a stable and guaranteed income, and who cannot afford to risk not getting one for the whole of their life, or is not prepared to compromise their lifestyle if investment returns fall, should favour annuities.”

Those wholly reliant on investment returns for their income bear the risks of falling markets, price inflation and outliving their investments. Although this may not be a problem in the early stages of retirement, you should consider whether you will be able to manage those risks as you get older. “Everyone [managing their own retirement funds] should appoint an attorney to act for them in case their mental or physical capacity diminishes, but not everyone knows someone suitable to take on that responsibility,” says Ms Ingram.

Getting the best rate

Buying a guaranteed income from an annuity is a one-shot deal. Your hand over your cash, and an insurance company agrees to pay you an income for the rest of your life. If you live for a long time you could get more than you paid in. But if you die shortly after taking out the policy you suffer the reverse, and your money is kept by the insurance company rather than passed on to your loved ones.

Part of the dissatisfaction with annuities has been the appallingly low rates of income offered to seal this bargain, making it more likely that the insurance company will not pay you as much as you put in. Analysis by broker Hargreaves Lansdown found that in May 2003, a 65-year-old could buy a standard guaranteed income of £7,337 paid every year until death in exchange for a £100,000 pension pot. But by May 2018 that had fallen to £5,482 and in October this year, £4,956.

Annuity rates are linked to the yield on government bonds, which are linked to interest rates, so low bank rates since the 2008 financial crisis have suppressed the guaranteed income on offer to pensioners. Insurance companies have also been accused of overestimating how long their customers will live and charging them too much for too little income. So, for example, this year Aviva (AV.) handed shareholders £780m originally earmarked to pay annuity customers, Legal & General (LGEN) handed over £433m, Phoenix (PHNX) handed over £205m and M&G Prudential (PRU) handed over £441m.

In this environment, seeking out the best annuity rates for your situation is crucial. “Shop around and do not just accept the annuity offered by your current pension company,” says Fiona Tait, technical director at retirement advice specialist Intelligent Pensions. “Ask a financial adviser to help or use the free annuity comparison tool available through the Money and Pensions Service.”

Disclosing specific information about your health when speaking to annuity providers can earn you enhanced annuity rates if you are likely to have less than average life expectancy. “This becomes more probable as you age, so some people put off an annuity purchase until they reach their late 60s or 70s when better rates may be available,” explains Ms Tait.

Your occupation, lifestyle and postcode also affect annuity rates. A non-smoker who declares that they smoked within the past 10 years will be offered a higher income. They may be retiring from an office-based job, but could have worked in an industry with occupational health risks earlier.

“Giving full details of all medication and medical treatment received will also qualify you for more income,” says Ms Ingram. “For example, we probe clients' personal history and achieve enhanced rates for over 62 per cent of applicants due to medical or lifestyle issues. These can increase the guaranteed income by up to 50 per cent.”

Even without any mitigating factors, the difference in rates between providers can be significant – at present there is a 19 per cent difference between the highest and lowest lifetime incomes available. From 2020, your pension provider must inform you of rivals’ annuity rates, but you will still need to speak to the alternative company you want and give them your specific details if you want to get the best deal.

Regulated financial advisers who specialise in annuity broking invest in systems to obtain simultaneous quotes from the whole market. If there is a significant change in rates from a competitor they can often get the first offer improved or switch to another provider. Consumers are unlikely to be able to act fast enough to achieve this on their own.

Although annuities provide a guaranteed income, they lack flexibility. Buying an annuity is irreversible and “once they have been set up, they don’t adapt well if your circumstances change”, warns Ms Tait. If, for example, your marital status or needs for income alter, the annuity cannot be cashed in. But there are ways to protect your money, for example some annuities offer the option of refunding the balance of the purchase price as a lump sum if it has not been drawn as income, when the purchaser dies.

Experienced investors may prefer drawdown – leaving their pension invested and drawing an income from it – at least in the early years of retirement. But this means managing the risk of falls in stock markets that could affect your income level.

“People who access their pension in their 50s or early 60s will probably benefit from the freedom that comes with drawdown,” says Ms Tait. “They tend to be active, and have higher and more varied spending during the first 10 years of retirement, so can put off committing to an annuity until they are older and are likely to be offered better rates.”

Temporary gap filling with drawdown is popular with those who want to retire younger and whose long-term guaranteed income, such as the state pension, is enough to meet expected essential spending.

Drawdown could also be a better option if your life expectancy is limited as you can leave a larger sum to family members within the pension – a tax-exempt wrapper. “If you die before age 75, a nominated beneficiary can withdraw income from the inherited pension fund tax-free and usually free of inheritance tax, if the money was put into the drawdown plan at least two years prior to your death,” explains Ms Ingram.

The inherited pension is also excluded from the recipient’s pensions lifetime allowance.

What seems to increasingly work best is a mixture of annuities and drawdown. “With newly retired clients, we are more likely to recommend annuities as part of an overall retirement plan rather than a standalone solution,” says Ms Tait. “Either drawdown and an annuity at the outset, or drawdown first and an annuity later in retirement, when they reach their 70s.”

If you pay for essential spending such as utility bills, mortgage payments and running a car with a guaranteed income, and only take money from the drawdown pot for discretionary spending, the latter pot can be invested in higher risk but potentially higher reward investments. This means that it is more likely to continue to grow and make higher returns.

But working out how much income to take from a fluctuating drawdown pot is often the most difficult retirement planning challenge. A financial adviser can provide a cash flow analysis which plots how likely your money will last, given differing levels of withdrawals and investment returns. You or they will need to pick funds to put your money into, ideally with the lowest possible ongoing charges to avoid eroding the pot.

“Most people will benefit from professional advice at the outset and from periodic reviews to ensure that the income being taken is sustainable,” suggests Stephen Lowe, group communications director at specialist retirement adviser, Just.

Mr Lowe says that even if you think you will opt for income drawdown, you should first find out how much income your pension pot could buy from annuities. “It is the perfect benchmark to assess the merits of other alternatives,” he says, for example, how much you could get in investment returns.

If you are aged over 50 you are entitled to free, impartial and independent guidance from Pension Wise, a government-backed service. A pensions specialist will explain your pension options and how each one is taxed, and suggest what steps you should take next. They will not recommend any products or companies, or tell you how to invest your money. You can do the appointment face-to-face or over the phone. However, this is only available to those with a DC pensions.

If a guaranteed income seems like the best option for you, it is important to consider what you want to achieve with it. For example, do you also want to provide income for a spouse or partner, increase your income to reflect a rising cost of living or leave some money from your pension to children after you die? All these variables can be built in, for different costs.

“The bottom line with pensions is not to rush to get at all the money as soon as you can," says Mr Lowe. "It will not be available to provide income later and you may end up paying unnecessary tax. Your pension statement may seem to show a large pot of money, but the real measure is how much income that pot can generate, and for how long.”