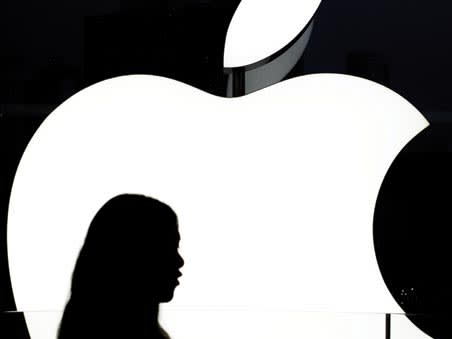 This summer marks 10 years since the start of the financial crisis that wreaked chaos in global markets, and complacency could once again be leading us down a dangerous road, according to Alex Brazier, Bank of England director for financial stability. He recently warned against lenders entering into a "spiral of complacency" towards snowballing levels of consumer debt

But although he is worried, markets don't seem to be. Stock indices across the globe shot to new highs in July, with the US and emerging markets leading the charge. The S&P 500, Dow Jones and Nasdaq indices all clocked up new records.

"US markets hitting new tops have been driven by the FAANGs + M – Facebook (US:FB), Apple (US:APPL), Amazon (US:AMZN), Netflix (US:NFLX),  Google (US:GOOGL) and Microsoft (US:MSFT) – in a very similar scenario to that which underpinned the irrational exuberance of the technology bubble of 2000. History repeatedly shows even great companies do not escape drastic overvaluation during the blow-off stage of bubble peaks. That 2000 spectacular technology collapse was not due to a meltdown of their sales and profits."

The question is whether that growth in global equities is something to be celebrated or something akin to mania, fuelled by the same easy money that is enabling consumers to refinance their cars.

"Not just stocks but virtually all assets are at record levels, in the biggest bubble in the world, whether it is bonds or property values which are inflated by interest rates manipulated down to the lowest levels in history," explains Mr Scott.

The winners and losers

The top-performing funds in July included a number focused on Latin American equities, which have been pushed upwards by political change in Brazil. That country's stock market had been buffeted by corruption allegations about former president Dilma Rousseff who was impeached and ousted earlier this year, and replaced by Michael Temer. And Mr Temer has subsequently also been accused of corruption. However, when it emerged that another former president, Luiz Inacio Lula da Silva, had been sentenced to 10 years in prison for corruption and money laundering, markets were buoyed as investor concerns about him returning to power were laid to rest.

Ben Yearsley, director at Shore Financial Planning, says: "I've been a fan of Asia and emerging markets funds for long-term investors for many years. Their growth prospects and the overall outlook remain far more enticing than those of many more developed nations."

A fund that didn't do so well in July was CF Woodford Equity Income (GB00BLRZQC88), which lost 2.5 per cent. And over one year to 31 July it has returned 5.9 per cent in contrast to 14.9 per cent for the FTSE All-Share Index.

"Last month was a shocker for Woodford, with three of the largest positions [in this fund] all falling sharply for different reasons," says Mr Yearsley. "AstraZeneca's (AZN) latest drug trials disappointed, Imperial Brands (IMB) was hit when the US Food & Drug Administration decided to reduce the amount of nicotine in cigarettes, and Provident Financial (PFG) plunged after first-half profits disappointed."

MARKETS IN A MINUTE

Style: growth UP value DOWN

Assets: equities UP oil DOWN

Sectors: technology, mining UP, utilities DOWN

Equities: emerging markets UP, Japan DOWN