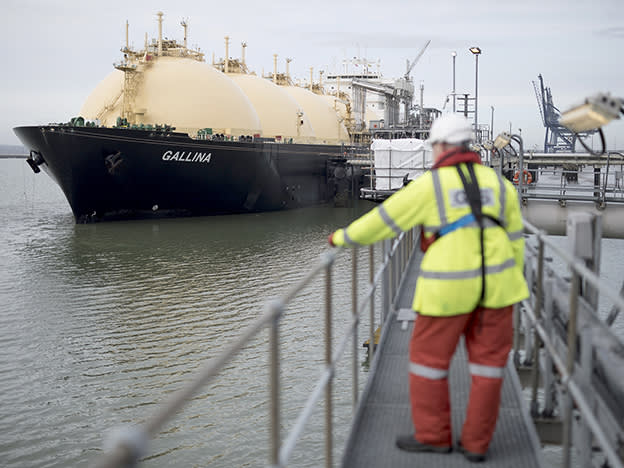 Loser stocks have bounced back strongly recently. Don't expect them to continue to do so.

Buying loser stocks pays off. That seems to be the message of the last few months – but it is a misleading one.

I say so because of the performance of my no-thought negative momentum portfolio, which comprises the 20 stocks which have done the worst in the last 12 months. This portfolio rose 4.8 per cent in the second quarter, meaning that it has gained over 66 per cent in the last 12 months. Only two funds of the 242 in Trustnet’s database of UK all companies’ unit trusts have done better.

This, though, is a terrible guide to the underlying long-term performance of negative momentum stocks.

Cast your mind back three months. What sort of stocks then looked like losers? It was those that had underperformed most in the market’s bounceback since the pandemic caused stocks to fall in March 2020. Such underperformers, though, were those that had held up relatively well during the crash and so had no where to bounce from. My negative momentum portfolio comprised stocks such as National Grid, Glaxo and Tesco. These are defensives more than genuine loser stocks. To this extent, the good performance of past “losers” in Q2 was in fact partly just the long-standing tendency for defensives to do well.

But there’s a second reason why the great performance in the last 12 months of past losers is misleading. Almost all of it came in just six weeks between October and early December. My portfolio jumped more than 60 per cent then as stocks that had been clobbered by the pandemic such as Cineworld, Tui and the airlines soared on news that a vaccine had been discovered.

Before the pandemic, loser stocks had done consistently badly. For example my portfolio of them fell 14 per cent in the five years to December 2019, far under-performing the market.

It is that performance which is more typical. All the research on momentum investing, which comes from different times, assets and markets, tells us that past losers usually tend to carry on losing.

And there’s a good reason to this. We tend to cling too much to our prior beliefs. So when a company is hit by bad news we continue to think it is basically OK and so don’t sell it enough – a tendency reinforced by the wishful thinking that our holdings will bounce back. Such lack of selling causes bad stocks to be over-priced even after they have fallen. And so they fall further.

I would not, therefore, infer from the experience of the past 12 months that it is a good idea to buy past losers. Yes, you can make big quick money if you buy the right stock at the right time. But history tells us this is most unlikely.

Our tendency to underreact isn’t true only of bad news, however. It’s also true of good. Which helps explain one of the most important facts about stock markets – that past winners tend to carry on winning. We’ve seen this in the past 12 months, with my momentum portfolio rising over 50 per cent.

Unlike the rise in the negative portfolio, this continues a long-term trend. Over the last five years, it would have more than doubled your money. Only seven UK all companies unit trusts have done better than that. And over the last 10 years, it would have almost tripled your money. This is of course no quirk of my portfolio, nor a sign of any skill on my part. It is just one of very many data points which shows that momentum investing works. This fact is robust to different measures of past performance. As Narasimhan Jegadeesh and Sheridan Titman showed in a classic paper back in 1999, you can measure momentum by stocks’ performance in the last three, six, nine or 12 months and still find consistent outperformance.

Which raises the question: why haven’t more people become momentum investors and in doing so bid away this apparent anomaly?

One reason is that momentum stocks are risky, in that they sometimes do especially badly when the market falls: they did even worse than the market in March 2020 for example.

Another reason is that at any point in time you might reasonably fear that investors have wised up. You could look at a decent rise in momentum shares and think “that’s a sign that investors have cottoned onto the momentum effect and so bought into it, bidding the prices of momentum stocks up so far that future returns will be poor.” So far, this inference has been wrong. But it’s a reasonable one that could be right sometime. Investors can therefore be forgiven for avoiding momentum.

One strategy that hasn’t paid in recent years, however, has been value investing. My portfolio of the highest yielding shares has consistently underperformed.

It, however, is a mix of two different types of stock. On the one hand, there are those that pay high yields to compensate for a lack of growth. These include utilities, GlaxoSmithKline, and tobacco stocks. On the other hand, there are cyclical stocks such as miners and housebuilders which pay a high yield to compensate for the danger of slumping in a recession. The former can do well in bad times and the latter in good, but bundles of both seem to do poorly.

Another bad strategy is backing high beta stocks. My portfolio of these fell slightly in the second quarter as disappointment at the prolongation of the pandemic hurt stocks such as International Consolidated Airlines, Cineworld and On The Beach. This, though, merely prolongs a long-term pattern of under-performance, interrupted only by the big vaccine-induced jump last autumn.

There’s a reason for this, pointed out by economists at AQR Capital Management. Many professional investors are limited in how much they borrow. When they are bullish, therefore, they cannot gear up to buy equities in general. Instead, they express their bullishness by buying high beta stocks in the belief that these are a geared play on a rising market. Because they are bullish most of the time, this means that high-beta stocks are over-priced most of the time.

The counterpart to this is that low-beta ones are consistently underpriced. Although their performance in Q2 was just as you might expect, their long-term performance has been good, outperforming not just falling markets but rising ones as well. Investors under-rate the virtue of dullness. As with my momentum portfolio, this merely corroborates academic research which tells us that defensives outperform, a fact robust to different measures of defensiveness.

The message of all this is that we have two strategies of proven long-term success – and perhaps only two: momentum and defensives.

Of course, these strategies don’t work day-in, day-out: none do. But if you want to beat the market over the long-term on average, it is to these stocks that you must look.

But there’s another message. It’s that you don’t need stock-picking ability to beat the market. In the last 10 years, simple stock screens and a knowledge of academic research have been sufficient.

All portfolios comprise UK stocks other than investment trusts with a market cap of over £500m.