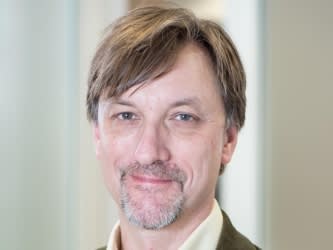 Quality and growth funds have regained their poise in recent months, to the extent that some managers are now coming out swinging against their critics. In the case of Terry Smith, this involved issuing a semi-annual letter to shareholders defending the fund’s performance versus the broader market and value stocks.

As the chart shows, some of the most popular global funds with a quality or growth bias have at least begun to catch up with the market this year. As of 11 August, Fundsmith Equity (GB00B41YBW71) was slightly ahead of MSCI World index for 2021, with names such as Rathbone Global Opportunities (GB00BH0P2M97) not far behind. Even Scottish Mortgage Investment Trust (SMT), which has taken some big hits in 2021, is not too significantly behind, while popular upstart LF Blue Whale Growth (GB00BD6PG563) has enjoyed its own recovery.

The most notable exception to this trend is Lindsell Train Global Equity (IE00BJSPMJ28). While its long-term performance remains outstanding, the fund has had a painful 12 months. As of 11 August, it lagged MSCI World’s year-to-date returns by around 10 percentage points. Over a year to the same date the fund delivered a total return of 12.6 per cent, less than half that of MSCI World's. Some of these problems are reflected in recent developments: research provider Morningstar has downgraded the fund’s cheapest share class from its Silver to Bronze rating, citing “increased competition” from its rivals. Lindsell Train Global Equity's other share classes were downgraded last year. Given how widely the fund is held, it is worth understanding the drivers of its underperformance.

Slipping through the cracks

With investors scrambling for more cyclical assets in the wake of November’s vaccine news, much of this year’s underperformance is unsurprising. Lindsell Train’s focus on resilient, high-quality businesses has steered the fund away from economically sensitive sectors, leading it to lag this part of the market during the rotation. What might seem more puzzling is the fund's failure to fully participate in the subsequent recovery for growth and quality stocks.

Although the fund's managers put together its portfolio of investments by stock picking, rather than taking big sector or country bets, its allocations have made a big difference to returns. Notably, it has very little exposure to tech stocks: the fund lacks exposure to the likes of the FAANGs with Rob Morgan, chief analyst at Charles Stanley, noting that its “only significant pure tech holding” is PayPal (US:PYPL).

The lack of tech exposure was detrimental to performance in 2020, when the pandemic elevated returns from big tech, and during the recent recovery for growth stocks. The fund had just 9.4 per cent of its assets in information technology at the end of July, less than MSCI World index and many other global equity funds.

Morgan also points out that the fund has continued to back resilient companies which have captured little of the market momentum in the past year or so. “The fund’s mix of consumer staples, media and specialist financials stocks has been quite pedestrian in comparison with broader markets driven by high-growth stocks,” he explains. “The rally in value stocks and cyclicals resulting from the Covid reopening has also passed the fund by – it has mainly been invested in the dullest part of the market.”

Investment specialist Adrian Lowcock adds: “Many of the stocks in the fund have fallen between the gap of the two main trades since the start of the pandemic. Most companies were not considered lockdown trades, but neither were they part of the value rebound we saw. The shares have generally rallied but in the short term they have lagged some peers.”

Elephant in the room

Instead, the fund has a heavy focus on the UK and a good level of overlap with LF Lindsell Train UK Equity (GB00BJFLM156) (see From Nick Train to income: UK funds versus global versions, IC, 30.04.21). Although the UK market finally rebounded over the past year, defensive names have lagged more cyclical stocks.

Looking past the US has also led the fund into markets which have struggled for much of the past year. One notable region is Japan, which made up just under a fifth of its assets at the end of July. The Japanese market, while viewed as a cheaper place to invest than the likes of the US, lagged during both the value rally and the subsequent recovery for growth and quality stocks, potentially due to Japan’s recent problems with Covid-19.

In the fund's latest monthly commentary, co-manager Nick Train noted that the first seven months of this year had “not been kind” to the Japanese market, with the Nikkei index slightly down while markets in Europe and the US had delivered returns in the mid to high teens. Japan has also been hit by recent market volatility in China, with Nintendo (JAP:7974), Shiseido (JAP:4911) and Astellas (JAP:4503) all declining “by 10 per cent or close”. Japan Exchange (JAP:8697) and Kao (JAP:4452) have also struggled.

Other stock-specific woes have hit the fund amid the pandemic. Matthew Bird, chartered financial planner at Falco Financial Planning, notes that RELX's (REL) exhibition division has “basically been unable to operate” amid various lockdowns, while Diageo (DGE) and Heineken (NETH:HEIO) have taken a hit on the back of pub closures and the cancellation of sporting events. The highly concentrated nature of the fund's portfolio has exacerbated problems like these – Diageo recently made up 8.7 per cent of its assets, Heineken accounted for 7.6 per cent and RELX made up 4.9 per cent.

However, Lindsell Train Global Equity could still work well in an investment portfolio as a diversifier to funds with big weightings to tech and the US. But while the consumer staples businesses backed by the fund tend to be fairly resilient, they could still suffer in the face of higher inflation and rising bond yields. As Morgan notes: "There are very few areas that would be immune from a tantrum in bond markets."