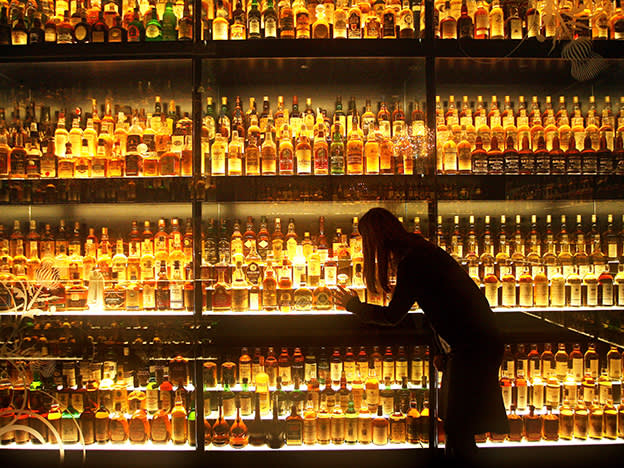 How many pubs are you aware of which have closed their doors since the start of the pandemic? Under planning laws, pubs are in a class of their own – “Sui Generis” – so there is no permitted development allowing the automatic change of use. Given the steep fall-away in the number of pubs trading, the pressure to relax repurposing restrictions must have intensified since the onset of the pandemic.

The latest AlixPartners CGA Market Recovery Monitor shows that the UK has lost 8,228 pubs, bars and restaurants since March 2020, with the “wet trade” bearing the brunt of the closures. Restaurants have fared much better, aided by direct government intervention.

It has been well documented how heavily the lockdowns, mask mandates and homeworking have weighed on the hospitality industry, with the impact felt acutely in big population centres such as London, Manchester and Edinburgh, the economies of which have evolved to serve high numbers of white collar workers and tourists.

Now, with No 10 seemingly under siege, clinical concerns have given way to political expediency, so the government has pulled work-from-home guidance, along with Covid-19 passports and other measures set out under its Plan B provisions.

The hospitality industry was an early casualty of the pandemic, but could it also be at the forefront of the UK’s post-pandemic recovery? Admittedly, it’s coming from a rather lower base and the early portents are mixed at best. Although venues saw reduced footfall due to the initial spread of the Omicron variant, the Market Recovery Monitor indicates that the number of licensed premises in the UK edged up slightly during the final quarter of 2021.

Figures from the Office for National Statistics (ONS), although somewhat less dramatic than the Market Recovery Monitor analysis, reflect changing patterns of consumption during the pandemic. Predictably, pubs and bars have suffered disproportionately. So, while the number of unlicensed restaurants and takeaways have increased by 7 per cent and 8 per cent, respectively, drinking dens have witnessed a 4 per cent decline since 2019. The figures are unsurprising given that numbers have been contracting for some time. But investors will want to know which companies will be the chief beneficiaries once the virus is reclassified as being endemic.

The pubcos have registered a gradual improvement in customer numbers since the curiously-named “Freedom Day” back in July, but the hospitality sector missed out on an estimated £3bn in sales over the festive period due to the spread of the Omicron variant.

JD Wetherspoon (JDW) revealed that the Plan B restrictions reduced like-for-like sales by 15.6 per cent in the 12 weeks to 16 January 2022. The value pub chain expects to be loss-making in the first half of its financial year, but group chairman Tim Martin remains hopeful of “a much stronger performance in the second half”, even though he concedes that the restrictions in place to ward off the latest variant renders “predictions for sales and profits hazardous”.

Those uncertainties help to explain why the group is trading at a 17 per cent discount to its 200-day moving average. Net borrowing (excluding lease liabilities) is only 5.1 per cent in advance of where it was prior to the pandemic, although debt financing costs will probably tick-up throughout 2022 and profits could also be constrained by the restoration of the 20 per cent VAT rate.

These issues will also be of concern to other pubcos such as Mitchells & Butlers (MAB) and Young's (YNGA), although at least the latter isn’t overly indebted. The trouble is that with UK inflation at a 30-year high and interest rates on the rise, we could see a marked decrease in discretionary spending, along with rising raw material costs.

The sales balance also matters from a macro perspective. The Institute of Alcohol Studies has estimated that the production and sale of alcohol accounts for 2.5 per cent of UK gross domestic product and 3.7 per cent of all consumer spending. Prior to the pandemic, the sector also accounted for around 770,000 jobs.

Government policy decisions taken in response to the outbreak eliminated 42 per cent of beer hospitality sales volumes in Europe. But we can’t even be sure whether punters will feel any more comfortable entering pubs even when Plan B is consigned to the history books. This, by extension, could have a bearing on companies engaged in the sector supply chain.

Fevertree Drinks (FEVR) saw its on-trade revenues evaporate at the outset of the pandemic, but the collapse was mitigated to an extent by a corresponding increase in shop sales and improving market share in the US. Segmentation is obviously a feature of the drinks industry, and something of a vexed issue for marketers, although Fevertree has fared better than most in this regard.

The capital-light company’s gross margin, along with those of other industry suppliers such as Diageo (DGO), could find support if on-trade sales respond positively when workers return to the office and Covid-19 passports are no longer required for entry into nightclubs.

To provide context, Diageo’s full-year results to 30 June 2020 revealed a 47 per cent fall in operating profits, with net sales of spirits down substantially due to the closure of higher-margin on-trade channels.

Interim numbers are due out in late January and analysts are predicting double-digit sales growth, although attention will probably centre more on the operating margin. The pricing power associated with Diageo’s premium brands offers a degree of protection in the face of rising costs. And the higher margins on premium brands can make up for lower overall spending.

The group’s offering has traditionally played out well when inflation is on the rise, a possible reflection of the value of "premiumisation", but a forward consensus rating of 27 times forecast earnings suggests the market is pricing in a rapid turnaround, or perhaps a further positive update on its £4.5bn share buyback programme.