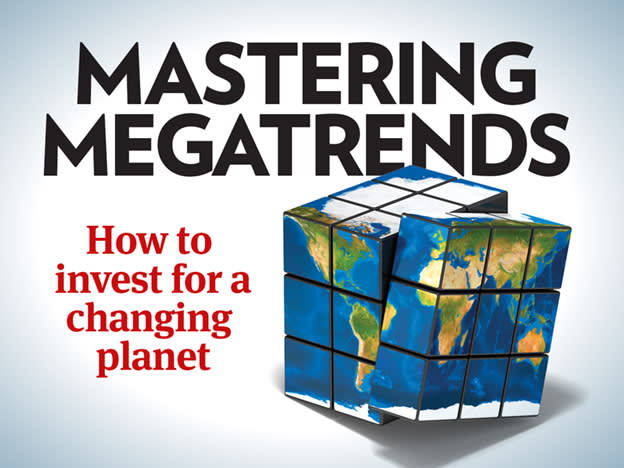 Trying to make money from a megatrend is loaded with risks. Daniel Liberto spells out what could go wrong and how investors can get it right

When I tell people I write about investing for a living, they occasionally ask for my opinion about the latest hot prospect being hyped up by the press. As a sceptic, I’ll often start by listing all of the potential flaws in the company or asset I’m being questioned about. Many don’t take kindly to such responses, preferring instead to hear feedback that’s more in tune with what they want to believe. Nine times out of 10, they’ll answer back telling me the subject of our discussion will revolutionise the world and make its investors a fortune in the process.

Megatrends, a term coined by American author John Naisbitt to describe major shifts in the way society functions, tend to have that kind of dizzying effect on people. Most will agree that developments such as climate change, robotic workforces or ageing populations are already starting to take shape and are understandably keen to make money from them.

Some investment publications capitalise on fantasies about getting rich off the next Amazon by feeding readers information on the companies apparently best placed to generate the most profits from these megatrends.