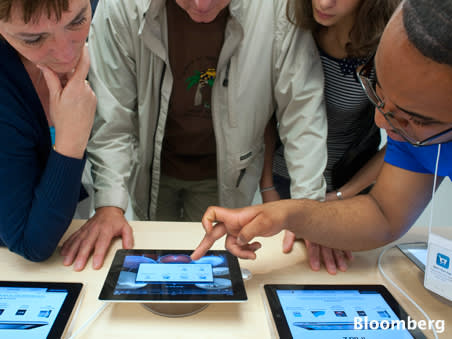 What to buy when the chips are down

Imagination and ARM are key suppliers to Apple, but they're not the best semiconductor shares to own

The days of playing the semiconductor cycle are over, and future gains are far more likely to result from smart stock-picking. That was the message behind recent data from the Semiconductor Industry Association, which showed industry revenues falling 2.2 per cent in August. Strong tablet and PC end markets were more than offset by continued low demand from consumer and industrial markets.

Tablets and smartphones are still gaining traction - as evidenced by Apple's progress - whilst tightened purse strings have left big-ticket consumer goods very much out of favour. Reassuringly, most UK semiconductor companies are dependent on the wireless market, and a number of them supply chip designs to industry behemoth Apple. If your designs are embedded in the iPhone4S, which broke records by selling more than 4m units within the first three days of its launch, you're in a good place.

A closer look at the new iPhone reveals that it is still based on ARM's central processing unit. The superiority of this chip, and its larger size than in the previous iPhone, means that Cambridge-based ARM is likely to be commanding a higher royalty fee per unit - analysts at RBS Research are estimating royalties of 38.5¢ per chip, up from 19¢ previously.

Imagination Technologies' graphics chip is also in the phone, and its superiority, plus the use of a dual core in this phone, means that Imagination could receive more royalties on this too. In fact, RBS estimates royalties of between 60¢ and 80¢ per iPhone4S. NYSE-quoted STM supplies the microelectromechanical systems or MEMS chips (these manage very small mechanical devices driven by electricity) to the iPhone4S, while Frankfurt-quoted Dialog Semiconductor has also retained its slot as supplier of power management PMIC sockets. These are expected to generate $1.85 per iPhone4s sold.

ARM supplies its chip designs to 95 per cent of the smartphone market, a fact that is clearly reflected in its premium share-price rating. ARM shares currently trade at 583p, compared to a discounted cash flow-based fair value of 480p derived by analysts at Espirito Santo. The same team estimates fair value of 310p for Imagination, against a share price of 457p. We would avoid CSR for its sizeable exposure to consumer end markets (50 per cent of revenues), leaving our top pick as IQE, which has the largest exposure of all to wireless products, yet whose shares trade at just 33p against a fair value estimate of 50p.