Berlin housing is the most compelling property market in Europe right now. Rents and prices are growing at double-digit rates, but still remain low. Residents have started to buy and income-hungry global investors are busy raising funds. Now is the time to get in.

Living in Berlin is infamously cheap. I have personal experience of this, having been a student there in 2003-04. Arriving from Oxford, one of Europe's most expensive rental markets, I was stunned to discover I could get a nice room in a shared flat in leafy Charlottenburg for €230 (£184) a month. And that was reasonably expensive. According to property broker Jones Lang LaSalle, average rents in the City back then were roughly €5.30 per square meter (psm), so a typical 60 square metre two-bed apartment would have cost me just €318 a month.

That rate barely budged for the next five years. But since 2010 rents have suddenly taken off, and averaged just over €8 psm at the half-year mark - 10.8 per cent more than in mid-2011. This growth has naturally caught the attention of locals. Individual apartment prices have rocketed even more than rents, with an average sale value of €2,410 psm in the first half - up 16 per cent over a year. Berliners, who have average disposable income of about €2,500 a month, but have traditionally rented, are scrambling to lock in low housing costs while they still can.

It's often said that Berlin's history is unique, so it's unsurprising that its property market bucks the wider trend. The German capital was divided after the war, and West Berlin eventually became a tiny island of capitalism on the wrong side of the Iron Curtain. When the communist regime fell in 1989, East Germans flooded into the richer West. To stem the tide, the government did everything it could to stimulate huge financial transfers to the East - an experience that has weighed heavily on German attitudes towards fiscal union in the eurozone. West Germans could write off investment in East German housing against their tax bill.

The result was a speculative property boom in the early 1990s. By 1995, detached homes in the former communist East were nearly 20 per cent more valuable than at reunification. But jobs growth failed to follow, so the local population continued to move out; 10 per cent of East Germans eventually found a new home in the West. Vacancy rates soared, rents sagged and prices crashed. By 2001, the government was reduced to offering €60 psm for the destruction of East German housing, according to Neil Monnery's illuminating book,Safe as Houses?

Berlin was still working through this legacy when I lived there, even as every other housing market in the developed world (except Japan) was gripped in a credit-fuelled buying frenzy. But, as prices in Berlin plummeted well below replacement costs, development stagnated, the city became hip and artistic, and the vacancy rate gradually fell. By 2009, it had reached 3.3 per cent - a level at which rents could finally rise. The cycle had finally come full circle.

It's hard to see how this trend will stop. In 2011, Berlin's population grew by 1.2 per cent - easily its strongest rate since reunification - driven by net immigration of 40,000. The city remains a magnet for students, both local and foreign, and now also attracts professionals. Twenty years after reunification, big companies such as Boston Consulting Group and PwC are starting to move back in. Meanwhile, only 3,517 dwellings were built in the city, down from 33,000 at the 1997 peak. "Achievable rents are still too low to justify extensive new building activity in large parts of the city," reports Jones Lang LaSalle.

So how can UK investors benefit? Buying individual properties is not advisable. Not only do they trade at a huge premium to portfolios, but tenants benefit from a complex system of rent controls. The rent increases I have cited refer to new rents on vacant properties, which are now much higher than the rents most sitting tenants actually pay. If you own just one or two properties, you could wait for 40 years before being able to increase rents to market levels.

Luckily, UK investors can buy into three funds that offer exposure to whole portfolios, which can capture rental growth through tenant churn. By far the largest is GSW Immobilien, a German housing association that Goldman Sachs bought from the bankrupt state government in 2004 and floated last year. It's the most direct and liquid option, but at €31.9 - a 16 per cent premium to the company's book value in June - the shares look fully valued.

So it may be worth considering two more obscure local routes into the market. One is a limited life fund launched in 2006 by PMM partners, a UK boutique fund manager. It is currently raising new capital for a refurbishment programme at a 10 per cent discount to the fund's net asset value. The snag is that investors have to lock their money away, probably until 2016; there aren't dividends, as all rental income goes towards debt interest and repayments. The second local option is a £38.4m Aim-traded fund called Taliesin (TPF), which is still seriously off the City's radar.

Back to dreary normal

Productivity growth was weak before the pandemic, and there are only slim hopes that this will change. Halfords gears up for electric mobility

The group's transformation into a service-led business has accelerated through the pandemic year, and it is well set to exploit changes in urban transportation

The truth about post-brexit trade deals Telecom Plus commits to dividend despite Covid disruption 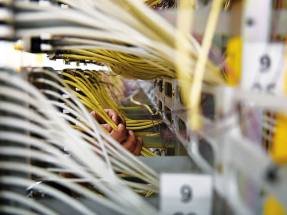 Back to dreary normal

How to make up your mind on Blue Prism 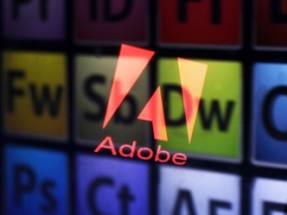 The Trader: Hunt for growth and quality in the wake of Fed meeting 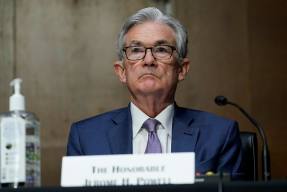