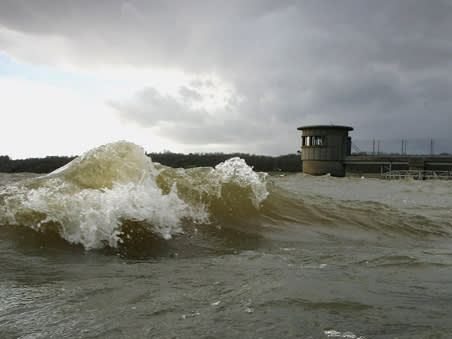 An open letter from the water regulator aimed at the heart of the defensive sector's returns leads us to believe investors should review their holdings of these income favourites.

In an open letter published in the Daily Telegraph, Jonson Cox, chairman of water regulator Ofwat, has not merely fired the starting gun ahead of the 2014 price control review period, he's dropped a depth charge aimed right at the heart of the sector's attractive returns. This regulatory broadside raises the spectre of share price underperformance and potential dividend cuts in what has recently been a relative safe haven for investors.

Mr Cox said that in an industry where 90 per cent of the assets are a "natural monopoly", above average inflation and record low costs of debt have led to unexpected gains that were: "beyond efficiencies within management control". Mr Cox invited water companies to propose how to share these gains in the future. But in a statement that should chill investors, he warned: "If need be, we will set the rules to make sure that customers benefit." He added: "The dichotomy between profits and the prices charged to customers raises business, regulatory and moral questions."

Peter Atherton, analyst at Liberum Capital, said that removing or "passing through" the inflation and debt benefits to consumers, something the energy regulator Ofgem has already done, could see share prices revert closer to the value of reservoirs and water treatment plants - or regulatory asset base (RAB) - owned by the water companies. Should this happen Liberum estimates over the next two years Pennon (PNN) could fall 37 per cent to 483p, Severn Trent (SVT) 44 per cent to 1,349p, and United Utilities (UU) 18 per cent to 626p. Mr Atherton added that it was feasible that dividends could also be re-set by 10-15 per cent, back to where they were at the start of the current regulatory period.