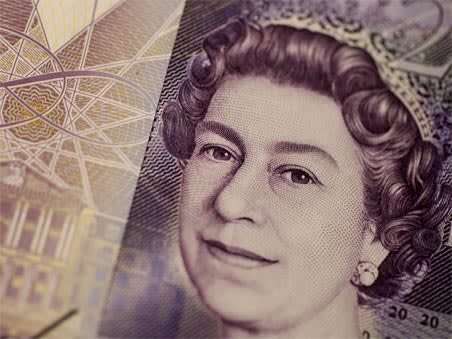 Changing to get cheaper

New technology will make it increasingly difficult for fund platforms and brokers to charge high fees for transfers.

The grass might be greener at another stockbroker or fund platform, but try to leave your current one and you could find you can't afford to due to exit charges that can run into hundreds of pounds.

You could, for example, be charged upwards of £500 for a transfer if you hold 10 funds and 15 shares at any one of a number of popular platforms, including Barclays, Hargreaves Lansdown, TD Direct, Bestinvest, Sippdeal and Alliance.

But this unfair situation, where investors are punished for seeking out a better or more appropriate deal, is about to change as what one consultant calls "an unconscionable, running sore in the industry" is finally cleaned and healed.

This unfair situation is about to change as what one consultant calls "an unconscionable, running sore in the industry" is finally cleaned and healed.

An initiative to replace a slow, complicated and often manual process with technology that allows fast straight-through and standardised processing of investor transfers (called re-registrations) with no manual handling, is well under way. This new ultra-fast and uniform re-registration process should result in falling costs. "Once it happens it'll be hard for providers to justify high administration charges," says Justin Modray, founder of CandidMoney.com. Brokers will no longer be able to blame a cumbersome administration process requiring manual intervention for the high charges they impose. However, the risk remains that charges will not fall significantly as providers try to discourage 'escapes'.

The re-registration initiative is being led by the Tax Incentivised Savings Association (Tisa), which has established the Tisa Exchange (TeX) to facilitate straight-through electronic transfers between companies. More than 50 fund managers, brokers and other wrap and platform providers have become members of TeX and they are adopting standardised transfer messages between their platforms to replace the mish-mash that exists at present.

Currently, fed-up investors who like the look of another fund platform's offering (because, for example, it has cheaper dealing and running charges or a greater selection of investments) and decide to move, have two choices.

The first is to sell their current holdings, transfer the cash and then buy back the holdings through their new account. The difficulties and risks of this method are the creation of a capital gains tax liability, and that prices move against you. You could be out of the market for several days or even weeks depending on what you hold. David Ferguson at wrap specialist Nucleus Financial says that one case he came across took three months. "Another problem is if you want to change something during the transfer process, it's very difficult," he adds.

You will incur dealing charges on the sales and purchases, plus any account closure fees (usually about £5). According to website Compare Fund Platforms, selling 10 funds and 15 shares can cost in excess of £300, not including the dealing fees when you repurchase (see table).

The second option is to arrange an in-specie transfer. Under this method your new and old platform providers take care of all the arrangements in much the same way as banks take care of current account switches. But the main problem with this method is that most platforms apply exit fees, which spring up like a barrier once you press the transfer button. They can be as high as £35 per holding, which might be palatable if you have a small number of large holdings, but will leave a bitter taste if you have a large number of small holdings. The table below shows how much you might pay for a portfolio with 25 holdings.

And in-specie transfers can also take an incredibly long time to execute.

Are the exit fees fair? The suspicion is that they are there largely to act as a deterrent to leavers. But others argue there is a real burden to the business. "It is a time-consuming process and it isn't always easy," argues Mark Polson, founder of platform consultancy group The Lang Cat. That's a view echoed by Brian Mairs at stockbrokers' trade body Apcims, who says the cost and speed of each transfer depends on what’s in the portfolio and how they are held, while corporate actions that take place during the process add to the workload.

However, Justin Modray points out that there's an enormous discrepancy between platform exit fees, ranging from zero at Cofunds and Funds Network to TD Direct's £35 a holding, and that while there is work involved for the platform losing the client (checking, reconciling and chasing), often the new platform has as much or more to do but absorbs the cost.

Cofunds, which runs a platform for investors dealing through an intermediary, in fact charges a flat, annual £40 platform fee which is effectively like an eat-all-you-can buffet.

Mark Polson says there's been some impressive collaboration across the industry in the battle to get "investors out of the lobster pot they find themselves in". But he warns it will take time: "If you build it quick, you build it twice." Still, he thinks that in 12 months' time the whole re-registration process will have undergone a big change, with faster times and lower charges for investors, with just a few outlier companies who "haven't got on the bus".

TeX's aim is for transfers to take place within five days, down from the manual time frame of up to 20 days, although Phil Goffin at Calastone, one of the three groups tasked with building the new system, says technologically speaking there's no reason why re-registrations couldn't take place in two days. He also expects the costs to be less than a quarter of the current manual cost over time with straight-through processing.

What to do if you want to transfer

Check how much your fund platform will charge you in exit fees and compare that with the savings you think you can make at the new platform.

There's little point trying to negotiate a discount as all the exit fees will have been spelt out in the provider's terms and conditions when you opened your account. But do ask your new provider if it will contribute to the cost of your transfer – some are very willing to pay a large chunk of exit fees to secure the business.

Consider the out-of-the-market option, too. Mr Polson points out that in fact out-of-the-market time can also work in the investor’s favour, and that for fund investors the risks are lessened because fund prices tend to be less volatile than individual shares.

Alternatively, you could wait and hope that your provider's fees fall in the future.