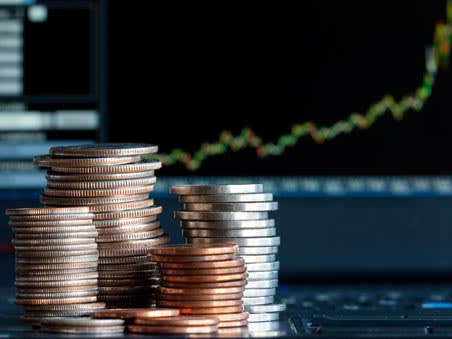 The advantages of smallness

We can't expect investments to take the same route as before. It’s time to ditch the 'bigger is better' approach says Gervais Williams

It is easy to overlook just how good the past 30 years have been in investment terms. Stocks, bonds and commodity prices have all appreciated sharply, with major indices sometimes rising by 15 or 20 per cent a year several years in a row. Meanwhile, it has been possible to enhance these returns even further through using debt – buy-to-let mortgages are now something relatively mainstream for many individuals.

This has all come about due to the globalisation of international trade over the last quarter century. Despite the buoyancy of the world growth, the price of many imported goods has actually deflated over the years. With easy credit and falling mortgage payments, it is hardly surprising that UK consumer spending has grown by an extraordinary percentage, boosting growth yet further for investors.

Although the global financial crisis in 2008 was most unsettling, the adverse impact for most investors turned out to be only temporary. Worries over the systemic failure of the banks obliged governments to take radical action to stabilise financial markets. This not only included reducing UK interest rates to just 0.5 per cent, but also boosting government spend through running large budget deficits. The most controversial policy has been the adoption of quantitative easing (QE).

From the investor’s point of view, these policies have been highly successful. The UK stock market now trades close to its record highs. Since the end of 1987, the FTSE 100 index has delivered a total return of 947 per cent. Even now, inflation continues to surprise on the downside. And although many commentators like to speculate as to the exact time when interest rates might rise, it is widely believed that really significant rises are most unlikely for the foreseeable future.

But with nearly every investment metric at the most favourable end of the spectrum, it is hard to think of anything new that can drive up equity prices a lot further. And there are challenges ahead, because the buoyancy of the markets isn’t matched by equally positive economic trends. In particular, in spite of the extraordinary economic stimulus, world growth isn’t playing ball. The uncomfortable truth is that economic growth in most of the developed economies has ebbed away in spite of QE support, record low interest rates and ongoing budget deficits. The key point is that even in the US, where the policies have been most progressive, low bond yields continue to foretell a story of slow growth. And it is low growth that is the pertinent point here.

For those with a metrological bent, it is relatively straightforward. On the windward side of a range of mountains, extra rain comes from clouds forced higher over the peaks. But beyond the watershed, there is little rain as the spent clouds descend. It is called a rain shadow. The world seems to be entering a growth shadow. For the past two or three decades, we have been borrowing growth from the future. Now it is payback time.

Investors therefore need to start planning for a new investment climate – perhaps more resilient strategies that have a better chance of delivering through testing times. A good place to start is by looking back to see what strategies prospered at the most difficult times in the past.

During the 1970s, the UK was noted for its frequent recessions, dysfunctional industrial relations and a number of sterling crises. When this was overlaid with an abrupt oil price shock in 1974, UK stock market volatility became truly exceptional.

So although the global financial crisis of 2008 was very severe, the UK stock market has been even more volatile in the past. This was perhaps one of the most challenging periods for investors, with inflation averaging 13 per cent a year for the entire 1970s and the UK requiring the help of an IMF loan.

Conventional wisdom would suggest that limiting the investment universe to the largest stocks would probably have been the best strategy during the 1970s. After all, they had the advantage of their major market positions, the resilience that comes with scale and greater access to finance. However, what is remarkable was that it was the smaller companies that delivered the premium returns during this period. And even more remarkably, it was the very smallest companies or ‘micro caps’ that delivered the best returns of all.

Let’s not be starry-eyed about the investment markets at times of great challenge. Share price volatility was simply terrifying. And with interest rates nearing 20 per cent at times, those that were over-borrowed were wiped out. Some quoted companies went bust, and naturally that included a large number of smaller quoted companies. But in spite of these, it is a fact that the opportunity set that makes up the universe of smallest quoted companies ended up being the best placed to address the challenges.

NassimTaleb, author of The Black Swan, advocates seeking investment strategies that are not only defensive, but actively prosper at times of adversity. He has coined a new term for such strategies: anti-fragile. The evidence from the 1970s suggests that an anti-fragile strategy for the future may include a decent weighting in smaller quoted companies.

Larger corporations can be likened to ocean-going vessels, whereas smaller companies are more like lots of small boats. Some are fishing craft, others are lifeboats or racing yachts. If a severe gale is forecast, most would assume that the larger ships are better placed to ride the storm. In a similar way, larger companies are assumed to carry lesser risk, because of their major brands, sizeable market positions and greater access to finance. None of the vessels is unaffected by the storm and all suffer a degree of hardship. But the assumption is that some of the smaller craft are more vulnerable – more prone to be blown off course, or founder and sink. But this analysis overlooks the advantages of smallness. While some do fail, others operating in distinctive niches can be particularly well placed to address the challenges. In the shallow seas of a low-growth world, there are some smaller vessels that are perfectly placed to shelter in the lee of an island, whereas those with larger drafts are obliged to stay further offshore in the worst of swell. And during a hurricane, it’s sometimes safer to be in a virtually unsinkable lifeboat, even if it’s tossed aside and inverted by large waves. Large vessels carry lifeboats for just such an eventuality.

The key point is that, in comparison with the limited universe of large companies, there are hundreds of smaller quoted companies for investors to consider. In a rich and thriving ecosystem, it is its very diversity that offers the potential resilience – the point is that some smaller companies can sometimes actually thrive in spite of the conditions. In among the diverse universe of smaller quoted companies, there are some that will find ways to sustain growth despite the fact world growth is erratic.

All this suggests that investors shouldn’t limit their investment universe to the largest stocks. Like the large passenger ships, they should ensure they have sufficient smallness to see them through. There are plenty of good reasons to ensure a decent percentage of a portfolio is invested in smaller quoted companies. In general, the smallest stocks have greater innate scope for growth.

Both large and smaller companies have delivered good growth. Both local and international businesses have expanded well. And for the more adventurous, there was always the opportunity to participate in the supersonic growth in the emerging markets. However, beyond the credit boom, now that world growth has stalled, suddenly it is this extra growth potential that is hugely relevant.

The problem with larger companies is that they have major market positions. They find it extraordinarily difficult to dodge the general trends in their market places. At times when world growth is constrained, their earnings and dividend growth is naturally also limited.

Clearly, such periods are challenging for most smaller companies too. But with their greater growth potential and greater diversity, the fact is that quite a few smaller quoted companies do find ways to grow their earnings and cashflow in spite of the difficult background. And given their growing earnings, they are also able to grow their dividends rather more than many of the largest stocks. That explains why the smallest quoted companies grew their dividends at a faster rate than larger companies during the 1960s and the 1970s.

The recent change in market trend is something of a game-changer in my view. Over recent quarters, dividend growth among the largest 350 stocks has stalled. But dividend growth among smaller quoted companies has tended to accelerate. It’s not just down to some enjoying better earnings growth. Many of the smallest listed stocks also have incredibly strong balance sheets too. Lots have net cash balances or very modest debt balances. Therefore, those that do succeed in growing their cashflow have few constraints to driving up their dividend payments. In my view, this presages a sustained period of smaller company outperformance. Indeed, I believe this is the start of a super-cycle of outperformance, which could off and on be sustained for a decade or two.

It is important to appreciate that individual companies still carry lots of stock-specific risk. While some may appear extraordinarily well placed to deliver attractive returns, others will suffer and may become worthless. Portfolio diversification and stock selection will continue to remain important. But the exciting prospect is that many of the smallest stocks are superbly placed to deliver the best performance going forward. In my view, we are at the start of a super-cycle of small cap outperformance. The future is SMALL.