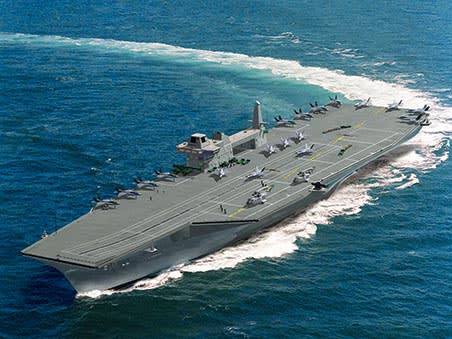 Defence spending cuts in the West may have bottomed out, but companies still face a battle to compete as the era of 'big boots on the ground' comes to an end.

There's no shortage of geopolitical tensions in the world - and military actions to combat them - but the reality is that global real-term defence spending has fallen in each of the past three years. In response to austerity measures introduced by governments in the western world, many companies serving the sector have been hard at work restructuring their operations; including branching into niche growth markets or simply cutting costs to keep profit margins steady. Those initiatives, together with the added allure of share buybacks, have pushed valuations up from about 10 times forecast earnings in 2012 to around the 15 mark today.

Prospects could be about to get a whole lot better, too. That's the view of most bosses, who are growing increasingly assured that a turnaround in traditional defence spending is near. This optimism has been fuelled not just by a terrorist resurgence in the Middle East, a mounting refugee crisis in the Mediterranean and tensions in places including Ukraine and Asia, but also by a recent encouraging pledge from the US to unleash the shackles constraining the Pentagon's budgets.

Regardless of cuts enforced by the Budget Control Act of 2011, the US continues to be by far and away the world's biggest buyer of military hardware. A cap on spending there has been particularly damaging for Chemring (CHG). The manufacturer of flares and decoy technology generates about 60 per cent of revenues from the US Department of Defense and has resorted to cutting costs and focusing on niche specialist sectors as a means to get by. Others with weighty US exposure include Avon Rubber (AVON), BAE Systems (BA.), Cobham (COB), Meggitt (MGGT) and Ultra Electronics (ULE).