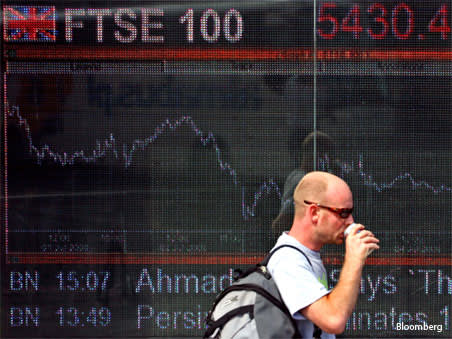 Markets have been peculiarly tranquil of late - or so it seems. Both the FTSE 100 VIX and the Chicago Board Options Exchange Volatility index, which tracks expected volatility through options pricing, have been testing their five-year lows throughout the first quarter of 2017. Many have been surprised that these 'fear gauges' have been becalmed for much of the past year, particularly given growing political instability and doubts over the quality of underlying earnings here and in the US.

But there are signs that matters could be about to change on that score due to rising US bond yields and the end of the 'phoney war' following the EU referendum. Post-Brexit jitters are likely to play out over the coming months, although it might be a 'slow burn' due to the inherent complexity of the negotiations. However, the first point is worth examining for its potential to throw equity markets out of kilter in the near term; a point not lost on fund managers.

Midway through the month, the US Federal Reserve raised its base rate by a quarter-percentage point to a range of 0.75 per cent to 1.00 per cent. This was the second increase in three months and the third since December 2015. At that time the Federal Open Market Committee predicted that the base rate would hit 2.9 per cent by the end of 2019. A further two increases have been flagged this year.

But regardless of how smoothly the Fed implements the rate hikes, equity markets are likely to become more febrile through 2017 because of the likely trajectory of long-term bond yields. The real rate of interest over the long haul is also largely dependent on the level of aggregate savings and how efficiently capital is being allocated in industry. The Dow is up by around a fifth since the initial hike in 2015, but fund managers don't always take their cues from the US Fed funds rate, even though by extension it's germane to considerations over consumer finance and corporate debt. Managed money also takes account of longer-term returns, particularly the yield on 10-year Treasury notes.

Auctions of the 10-year notes are also closely watched by policymakers as the yield theoretically indicates the confidence that investors have in economic growth. The positive correlation normally in evidence between bond prices and equity valuations has broken down on occasions since the global financial crisis due to fears over deflation. However, with deflationary risks supposedly easing fund managers are trying to determine the point at which yields on the 10-year notes render equities expensive or 'rich' relative to treasuries.

Analysis from SocGen published during the fourth quarter of 2016 points to a 2.6 per cent return on 10-year notes (the equivalent rate for the UK was 1.7 per cent). This reflects the general view that US equity valuations are stretched based on underlying earnings. If we accept that once investments in riskier assets such as equities are deemed relatively expensive to government-backed debt, then stocks could be subject to bigger price swings with increased frequency.

When the market becomes more volatile, prices tend to fall, but is this scenario nailed on? The Fed has already stated that it will start winding down its balance sheet by selling off Treasuries after the Fed funds rate has normalised to about 2.0 per cent. Once this happens, supply will increase significantly, thereby raising the yield on the 10-year Treasury note. The yield will also find support if perceptions of the health of the global economy improve, reducing dollar demand. Ultimately, the question is whether or not the excess return expected from equities over rising 10-year bond yields offers adequate compensation for the risk of holding equities as an asset class. Surely those risks are increasing, regardless of any prospective stimulus measures from the Trump administration.