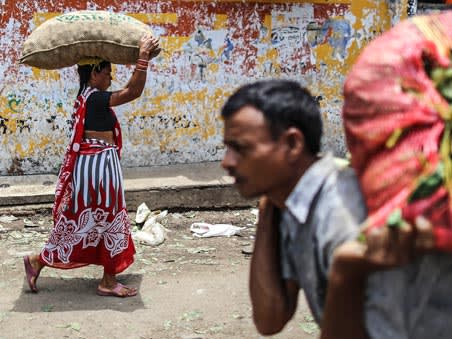 A host of reasons might encourage investors to be cautious about emerging markets at the moment, but pick through the detail and there are good reasons for portfolios to increase exposure. It is when sentiment is low and markets are cheap that the long-term investor needs to re-examine the fundamentals. And the outlook is positive. While recognising that these markets will remain volatile, their time has come once again.

The consensus view is that emerging markets are 'riskier' than most - and recent events in Turkey, South Africa and Venezuela, together with geo-political tensions in the Korean peninsula and South China Seas, will have confirmed this to many. There can be little doubt of the challenges facing many countries and some regions.

Meanwhile, there are legitimate concerns about possible trade wars, or at least a move towards a more protectionist system involving higher tariffs. President Trump's recent rhetoric is seen by many to be particularly negative for the many emerging markets that are export-orientated, and which have benefited from globalisation, increased trade and reduced tariffs in recent decades.

There is then the issue of currency. Most developing countries' debt is denominated in US dollars, while some are big exporters of commodities. There are concerns that rising US interest rates, courtesy of a stronger economy, will result in the dollar strengthening. This would not only make this debt more expensive, but would also hurt resource-rich countries, given that commodities tend to fall in value as the dollar rises.

Together with other concerns, including poor corporate governance and government corruption, little wonder emerging markets have been out of favour. However, it is precisely at these times that one should take stock of the measure between market ratings and the outlook - between sentiment and the fundamentals. And here, the wider perspective suggests those portfolios taking the long view will be rewarded for 'seeing through the gloom'.

Closer examination of the composition of the markets is revealing. Over recent decades, there has been a considerable change. They are now far less dependent on exporting commodities with, instead, a greater proportion of GDP arising from domestic demand, courtesy of urbanisation and a growing middle class. This greater diversification should help over time to make for stronger, less vulnerable, economies - and less volatile markets.

For example, two of the largest sectors in the MSCI Emerging Markets index are now information technology and financials - both individually being larger in size than the energy, materials and industrials sectors combined. This improvement in both diversification and quality of earnings is significant, and yet is still not fully recognised by investors. Those investors who have are profitably focusing on the growth of the consumer.

As for trade wars, the risks are real but overstated. Supply chains are geographically diverse and well entrenched. It is difficult to see how US policies directed at, say, China could work when many Chinese companies, in search of lower wages, have recently moved production to other Asian countries. Meanwhile, World Trade Organization (WTO) rules act as a sensible restraint, but should the US consider pursuing a more aggressive agenda, policymakers may come to better understand the extent to which countries such as China can retaliate.

Again, concerns about a strengthening dollar on the back of rising interest rates may be missing the point. Currencies are notoriously difficult to predict, in part because geo-political factors can often override economic fundamentals - the dollar has actually been weaker than many predicted. Furthermore, equities tend to do well in the early stages of any monetary tightening as this usually implies faster-growing economies, before concerns about overheating set in. And history suggests this is particularly true of emerging markets.

Other, more marginal, concerns also need to be re-examined. In this smaller and more transparent world, the extent of government corruption is gradually in decline - assisted by a significant reduction in the number of dictatorships and totalitarian states over recent decades. Corporate governance is also improving - Samsung, a major South Korean electronics company, has recently committed to returning up to 50 per cent of cash flow to shareholders. Both trends are undeniable, even though there will be ups and downs.

Meanwhile, the many advantages of emerging markets are becoming more apparent. Faster economic growth rates do not always equate to better-performing markets, but they usually help. The structural story is also positive: increasing urbanisation, gradually improving living standards, a growing middle class enjoying greater spending power, and the potential benefits of information technology still in the early stages of penetration, is an increasingly powerful combination for appropriately positioned companies.

The many advantages of emerging markets are becoming more apparent. Faster economic growth rates do not always equate to better-performing markets, but they usually help

And emerging markets are attractively rated relative to others. When comparing price/earnings ratios, whether cyclically adjusted or not, these markets look cheap historically. Sentiment trails fundamentals. After a period of significant improvement in their quality of earnings, their prolonged underperformance should come to an end as these markets' strengths become better acknowledged by investors, and valuations revert to mean.

There are already straws in the wind - various reports suggest fund flows into the asset class are at their highest on record. These markets have made a good start to the year relative to others. Sentiment is improving, but there is still a long way to go.

However, exposure should be increased gradually - as with the approach taken generally by the seven investment trust portfolios on the website www.johnbaronportfolios.co.uk, it is usually wise to be patient. For this will not be a smooth path. Sentiment in the short term will ensure emerging markets remain volatile. So exposure should be increased on bad days, in the knowledge that the portfolios already have some exposure through other holdings.

Accordingly, during April, the Growth portfolio introduced Templeton Emerging Markets (TEM) despite it being unusual in making it difficult to access the manager - to the point, perhaps, of encouraging less intrepid investors to look harder at alternatives. This purchase was funded by top-slicing both Standard Life Private Equity (SLPE) and Herald Investment Trust (HRI) after strong runs. The above-mentioned website explains in more detail the reasons for these particular changes on its commentary page. Meanwhile, there were no changes to the Income portfolio during April.