“The era of austerity is finally coming to an end” said Phillip Hammond in his Budget speech. “Austerity grinds on” claimed Jeremy Corbyn. Who’s right?

This isn’t merely a party political question. It matters for the course of interest rates. If austerity is coming to an end then the government will be adding to aggregate demand. The Bank of England will worry (whether rightly or wrongly) that this will fuel inflation and will thus be more inclined to raise interest rates. Given the inflation target, looser fiscal policy means tighter monetary policy.

In fact, though, both men are right in different senses.

If we look at forecasts of the fiscal stance, however, Mr Corbyn also has a point. The OBR forecasts that cyclically-adjusted net borrowing – a measure of the stance of fiscal policy – will be 0.9 per cent of GDP in 2022-23, exactly the same as it predicted in March. This means that fiscal policy will tighten over the next four years, although because of easier policy this year, the tightening will be less than expected in the spring: equivalent to 0.4 per cent of GDP rather than one percentage point.

The OBR now expects the level of GDP to be slightly lower in 2022 than it expected in the spring, thanks to slower growth this year

One reason for this is that Mr Hammond has not wholly reversed the fiscal tightening set out in earlier Budgets. In particular, welfare benefits remain frozen and, at least until next year’s Comprehensive Spending Review, there’ll be a squeeze on non-NHS spending. As the Resolution Foundation’s Torsten Bell says, “the Chancellor’s numbers imply ongoing cuts in other day-to-day public services, from prisons to local government”.

There is, though, something else. The OBR now envisages much higher tax revenues in future years. It now expects £24bn more of them by 2022-23 than it expected in the spring – an upgrade of 2.9 per cent. This includes £4.3bn of extra national insurance contributions, £3.4bn higher VAT receipts, and £5.2bn more corporation tax.

This isn’t because it expects more economic activity. In fact, the OBR now expects the level of GDP to be slightly lower in 2022 than it expected in the spring, thanks to slower growth this year – although it does expect more people to be in work than it expected in the spring. Instead, it expects the same level of economic activity to generate more tax revenues. For much of the 2011-17 period, tax receipts fell short of what was expected given the state of the economy. The OBR now expects the government to make up this shortfall. What it is doing is extrapolating forward this year’s higher-than-expected revenues into the future.

You can interpret this as a form of fiscal tightening. If economic growth is more skewed towards tax-generative activities, or if it’s harder for us to dodge taxes, then taxes have risen even without policy changes.

This Budget was therefore a story of policy loosening but forecast tightening.

Does this have implications for short-term interest rates?

Not necessarily. If we are as an economy paying higher taxes for a given level of income, then we’ve less money available to spend. That alone tends to hold down inflation which means there is less need to raise interest rates.

On the other hand, though, it does matter. The policy loosening is a hard fact. Forecasts for higher tax revenues, however, are unreliable. Just as the OBR was too pessimistic last year, it might be too optimistic now.

The public finances are almost impossible to forecast accurately, even if GDP does come in as projected. One big problem is that they are vulnerable to base effects: when revenues are low, a given expected growth rate implies low future expected revenues, but when revenues are high the same growth rate yields an expected bonanza for the Treasury.

We should, therefore, be sceptical about whether the forecast tightening will indeed offset the policy loosening. If it doesn’t, the stimulus to aggregate demand might well tempt the Bank of England to raise rates. Philip Shaw at Investec says: “The extent of fiscal stimulus will make the Monetary Policy Committee more rather than less inclined to tighten policy.”

But all of this is, of course, predicated upon a big assumption – that there will be some kind of smooth Brexit. If this doesn’t happen and we leave without a deal, the OBR warns that it “could have a severe short-term impact on demand and supply in the economy”. This would require a further fiscal easing to cushion the economy. And it would also take interest rate rises off the table.

Getting exposure to attractive income from UK infrastructure may become harder 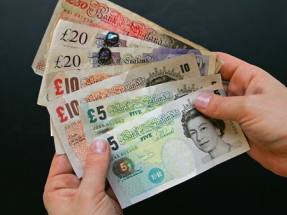 Budget: Tech tax contribution could be higher than forecasts 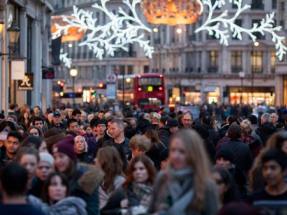 The case for GDP-linked bonds

Next week should bring evidence of a recovery, but also doubts about its strength and sustainability

Investors overreact to both good and bad times, causing shares to become mispriced.

International diversification is little use in the short term, but important for longer-term investors

The US profits crisis

US profit rates have been falling for years. This is the most important, and most overlooked, fact about the world economy