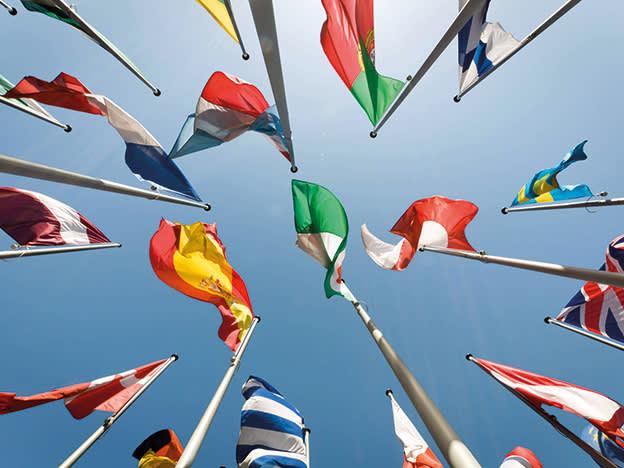 The talk of the end of globalisation is premature. Yes, it is going to become costlier to ship goods across the world as the price of fuel and geopolitical tensions rise. However, this doesn’t mean that companies are going to cease to benefit from low-wage international labour.

In its second quarter results, PayPal said it expects to achieve $1.3bn of cost savings in 2023. When CEO Daniel Schulman was asked how he’d achieve this, he said the plan was to “rationalise our real estate footprint and shift hiring to lower cost geographies”. In other words, the San Francisco headquartered company wants to close office space and hire cheaper remote workers elsewhere.

As a CEO, once you decide that most work can be done remotely, it makes sense that those workers don’t live in the most expensive cities. San Francisco is the 12th most expensive city in the world, according to Numbeo. A coder in Tel Aviv, which has a thriving tech scene, could be paid 14 per cent less and have the same living standard as someone in San Francisco. London is 23 per cent cheaper.

PayPal isn’t the first company to embrace this opportunity. Netflix is planning to cut costs by subleasing 180,000 square feet of property in California as its subscriber growth goes into reverse. Meta Platforms, formerly Facebook, has sent head of Instagram Adam Mosseri and chief marketing officer Alex Schultz from California to London.

Sceptics might ask why things are different now? The internet has existed for years and companies could easily have cut wages and real estate costs by hiring outside of San Francisco and New York. Well, inertia is a powerful thing. It took the global pandemic to force companies to send employees home from the office. Now the pandemic is over and a recession is arriving, the need for more cash is providing a strong incentive to adopt remote work permanently.

Given the nature of the work, the tech industry is embracing remote working more than other industries. Consultant McKinsey thinks that 77 per cent of people in the US employed in computer and mathematical roles could work fully remotely. This is in stark contrast to other industries. Jamie Dimon, CEO of JP Morgan, and David Solomon, CEO of Goldman Sachs, have both strongly resisted remote working since the start of the pandemic.

Banking is no more difficult to do from home than coding. The reason for the difference in stance is because it is the tech companies that have the most to gain from digital globalisation. Microsoft Teams is needed for intra company communications and Facebook is banking on enterprises to be first to purchase its VR headsets. Meanwhile, all the data generated will be stored on servers owned by Google, Amazon and Microsoft.

In January 2020, the Covid-19 genome was sequenced by an Illumina machine in Shanghai in a matter of hours and the code was posted online. This code was used by Moderna to start developing the mRNA vaccine. A physical sample never needed to cross the ocean. Earlier this week, surgeons in Brazil and the UK collaborated on a successful surgery to separate conjoined twins using VR headsets.

Globalisation is not ending, it’s just changing. Music didn’t stop when it switched from CDs to streaming. Correspondence didn’t die when e-mails took over from letters. And companies will keep paying people in cheaper countries to do work for them, even if governments insist on waging wars and blockading ports.

This content is published weekly in The Squeeze newsletter, which is a fresh, new take on investment news giving less experienced investors the what and why of the latest pressing stories. Delivered every Friday.