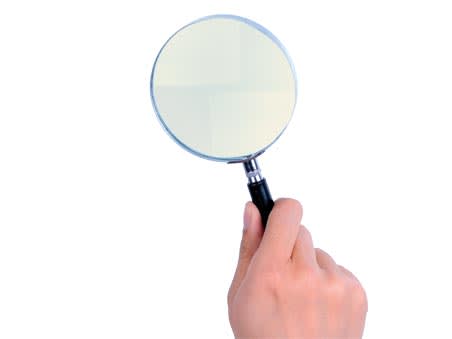 IT geek: look at the fund as well as the manager

Asset manager Jupiter has announced that Alexander Darwall is stepping down as manager of the Jupiter European (GB00B5STJW84) and Jupiter European Growth (LU0946223368) funds later this year. This will have come as a blow to investors because these funds have delivered excellent returns under Mr Darwall's stewardship.

But he is not fully retiring. He will continue as manager of Jupiter European Opportunities Trust (JEO), so investors still have a way to access his stockpicking skills. And it seems that he will run the trust for a number of years. Mr Darwall recently stated: “I am fully committed to delivering the best possible investment outcomes for these continuing clients [the trust's shareholders] in the years to come.”

Mr Darwall also has a significant personal holding in Jupiter European Opportunities Trust worth about £30m, according to broker Numis Securities. Some feel this is important as it aligns a manager’s interests with those of investors in the fund.

But if you are an investor in Jupiter European Fund, before you dump your holding and pile into Jupiter European Opportunities Trust, remember that you should never sell a fund as a knee-jerk reaction to a manager leaving. Find out who is taking over and when, how they are going to run the fund and how long the hand-over period is (see the 5 April edition for details of Jupiter European's hand-over to Mark Nichols). So you might decide, at least for the time being, to stick with Jupiter European.

Jupiter European Fund’s top 10 holdings, meanwhile, accounted for 62.1 per cent of its assets at the end of March – a fairly high proportion, making this fund higher risk. And Jupiter European Opportunities Trust had a whopping 76.4 per cent of its assets in its top 10 holdings – making it even riskier. If any one of those holdings has problems it could have a serious impact on its overall returns, and certainly the potential to make it more volatile.

This has recently been highlighted by problems at Wirecard (WDIX:GER), Jupiter European Opportunities Trust's largest holding, which accounted for 12.9 per cent of its assets at the end of March. Jupiter European Fund, by contrast, had a much smaller proportion of its assets in Wirecard – 7.4 per cent. This electronic payments business experienced a 30 per cent fall in its share price between late January and early February after an allegation of wrongdoing in its Singapore office. Wirecard denies the allegations and Mr Darwall said earlier this year: “We have never had cause to doubt the company. Until and unless there are substantive and substantiated charges we remain confident that the company is strong and well placed to prosper.”

The trust sometimes trades at a slight premium to net asset value (NAV) as a result of its strong performance, but moved out to a discount earlier this year, at one point of over 5 per cent, although this has now moved back in to around 2.6 per cent.

At the end of February analysts at Numis said: “After a strong start to the second half of the company’s financial year [which starts on 1 December], the NAV is down 0.6 per cent over the past month, 4.6 per cent behind the benchmark. Wirecard’s share price has recovered from its lows in early February, but it is difficult to know how the allegations will play out, and this is likely to continue to impact sentiment towards Jupiter European Opportunities in the near term. [But] it is encouraging that its board has made a clear commitment to protect the discount through buybacks, although no shares have been bought back since mid-2011.”

And Iain Scouller, managing director, investment funds – research at Stifel, argues that money coming out of the two funds that Mr Darwall is stepping down from might be redirected to the trust, increasing demand for its shares and further reducing the discount.

You could argue that Jupiter European Opportunities Trust has delivered excellent returns so is worth its fee, but these are past returns – there is no guarantee that it will perform so well in future. If it doesn’t, the performance fee won't kick in or not to such an extent. But there are other Europe funds that don’t charge a performance fee when they make good returns. So why invest in a Europe fund with a higher charge when you can get good performance via another fund for less? Options include FP Crux European Special Situations (GB00BTJRQ064) with an ongoing charge of 0.87 per cent (see the IC Top 100 Funds for more suggestions).

Also consider whether you are comfortable with investment trusts if you are more used to investing in open-ended funds. Investment trusts typically trade at a premium or discount to their NAV, and their share prices can be volatile even when their underlying assets are not. They can also take on debt – gearing – to invest more than their assets, which can boost returns when markets are going up, but massively compound losses when markets are falling.