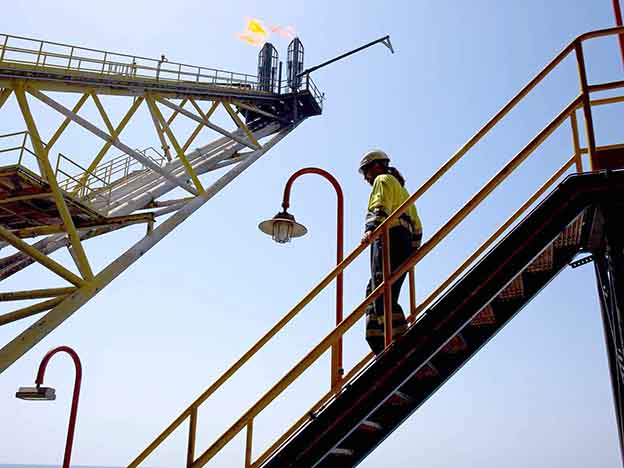 There is an increasing number of regional equity ESG funds, but you need to pick one with an approach that matches your ethics

Funds that invest according to environmental, social and governance (ESG) principles have proved their worth, with a commendable performance during the sell-off earlier this year. They are also becoming increasingly popular with investors and appear to have entered the mainstream.

This success has been accompanied by a rapid expansion of the sector, with investors pouring money into ESG funds. Research company Morningstar recently reported that global assets in sustainable funds hit a record high of $1,258bn (£941.8bn) at the end of September. Product development in this space also hit an all-time high in the third quarter of the year, with 166 new sustainable funds launched.

Many ESG funds have a global equity focus, but increasing numbers of regional equity funds are available. For ESG equity investors this means greater choice and the ability to be more granular in their approach. But there are still geographic regions that are largely not covered by ESG funds so when investing in these areas you will have to accept some trade-offs.

The UK is is well covered by a number of established ESG funds. Nic Spicer, UK head of investments at Portfoliometrix, says that the UK has “always had a very strong pedigree when it comes to what was called ethical investing”.

Notable examples include Liontrust Sustainable Future UK Growth (GB0030028764), whose managers seek to identify the “key structural growth trends that will shape the global economy of the future". These include the need to develop more efficient public transport as a way of reducing carbon emissions and enhancing digital security. Peter Michaelis and Simon Clements, who head Liontrust’s Sustainable Future fund range, have a great deal of experience in this space. Mr Michaelis has worked on the funds since their launch at Aviva Investors in 2001.

Another option is Royal London Sustainable Leaders Trust (GB00B7V23Z99), whose manager Mike Fox focuses on companies that make a positive contribution to society. This fund has taken advantage of Investment Association fund sector rules, which allow it to invest up to 20 per cent of its assets in overseas shares. Some 18 per cent of the fund’s assets were in the US and Europe at the end of October. Liontrust Sustainable Future UK Growth and Royal London Sustainable Leaders have some major holdings in common including chemicals company Croda International (CRDA) and London Stock Exchange (LSE).

Because the UK market is heavily exposed to sectors such as energy, ESG funds can find themselves deviating significantly from the FTSE All-Share and FTSE 100 indices.

“It’s a concentrated index and the biggest firms are massive oil companies," says Jack Turner, investment manager at 7IM. "When you remove BP (BP.), Royal Dutch Shell (RDSB) and Diageo (DGE) you quite quickly build up a strong tracking error without taking a view.”

However, these indices have been changing with lower weightings to sectors such as oil than in the past.

Those wishing to access the rich dividend yields of the UK market can do so via ESG-orientated funds such as Janus Henderson UK Responsible Income (GB0005030373), which had a historic yield of 4.4 per cent at the end of October. A fund's approach influences its yield so Trojan Ethical Income (GB00BKTW4V58), whose investment team has taken a defensive approach in recent times, had a much lower stated yield of 2.6 per cent.

Other markets tend to be covered by ESG passives that cater to different preferences. Some ETFs track indices created by lighter ESG screens, which simply remove 'sin stocks' from a mainstream index, and we include some of these in this year's IC Top 50 ETFs. Stricter indices are composed of stocks that score best on relevant metrics. For example, MSCI's socially responsible investing (SRI) indices target the best 25 per cent of a relevant parent index, as ranked according to ESG criteria. These indices have performed well in the past five years (see chart), in part due to a strong 2020. iShares and Amundi use these indices for some of their products.

There are not many active ESG funds that invest in Japan and the US is not widely covered, although more options are appearing. These include Brown Advisory US Sustainable Growth (IE00BF1T6X55) and Legg Mason ClearBridge US Equity Sustainable Leaders (IE00BZ1G7556). Both tend to target growth, but with an ESG overlay.

With both US and global funds, managers tend to differ in their views on how ESG-friendly the FAANG stocks – Facebook (US:FB), Apple (US:AAPL), Amazon (US:AMZN), Netflix (US:NFLX) and Google owner Alphabet (US:GOOGL) – are. Given how subjective this can be, it is worth investigating a fund manager's views on the issue. Brown Advisory US Sustainable Growth and Legg Mason ClearBridge US Equity Sustainability Leaders held Alphabet at the end of October. And Brown Advisory US Sustainable Growth listed Amazon as a top holding, while Apple is one of Legg Mason ClearBridge US Equity Sustainability Leaders' largest holdings.

There is a much greater choice of European equity ESG funds where the sustainability movement is arguably at its most advanced. Options include Liontrust Sustainable Future European Growth (GB0030029390), which is run via a similar process to that of Liontrust Sustainable Future UK Growth. And FP Carmignac European Leaders (GB00BJHPXB21), run by Mark Denham, has a focus on businesses with strong ESG metrics, but which also have high-quality characteristics such as intellectual property or a strong market position.

Companies with good ESG credentials have a tendency to have such traits, creating a bias to the quality investment style. However, there are exceptions that funds such as LF Lightman European (GB00BGPFJN79) target. This fund is run by former Neptune manager Rob Burnett, a renowned value investor. He tends to invest in unloved stocks and sectors across Europe, and the fund had large allocations to financials and materials at the end of October. While many classic value stocks such as energy companies do not obviously relate to ESG goals, this fund’s approach may now be of relevance.

“They have started to tilt the fund to what they call ESG momentum plays,” says Mr Turner. “They have about 50 per cent of the fund in the green economy.”

The fund's holdings include SSAB (SWE:SSAB A), a Swedish steel manufacturer moving to green activities. LF Lightman European used to hold wind turbine specialist Vestas (DEN:VWS), but the lack of a dedicated ESG remit means you need to monitor the fund closely if you are concerned about an ESG focus.

“They don’t have explicit ESG screens but they do focus on change," says Mr Turner. "They invest in companies that are 'dirty' but are doing all they can to get better.”

What kind of ESG do you want?

“You need to think about what’s important to your portfolios,” says Mr Spicer. “Either you just buy companies that are sustainable and have great ESG reports, or you say part of what these companies should be doing is engaging and making the world a better place. You can make a difference where companies are good but have potential to be better."

Other trade-offs can apply, especially in poorer parts of the world. Several funds that invest emerging markets and Asia take an ESG approach, but if you invest in these you may have to relax your standards. For example, while the use of natural gas may seem unattractive as an alternative to coal in developed countries because of good progress with renewable energy, the heavy use of oil and coal in emerging markets requires a different attitude. This is because backing natural gas could help alleviate poverty in poorer countries, posing a trade-off between the 'environmental' and 'social' elements of ESG.

“Do you have more tolerance for natural gas in emerging markets than in the developed world?” asks Mr Spicer.

He suggests BMO Responsible Global Emerging Markets (LU1526063463) for exposure to these regions. Stewart Investors runs various funds focused on Asia and emerging markets including Stewart Investors Asia Pacific Leaders Sustainability (GB0033874768). The fund's managers back companies that should contribute to sustainable developments in their countries. This fund can deviate significantly from its benchmark, MSCI AC Asia Pacific ex Japan Index. For example, at the end of October it had less than 7 per cent of assets in China, which accounted for 41.3 per cent of this index.

As more ESG funds launch and regions become better covered, you will need to carefully assess whether their managers are knowledgeable enough on and dedicated to issues such as sustainability, and whether their ESG screening process is suitable. Some approaches can be stricter than others, so you need to decide whether you want to avoid 'bad' companies or put money behind companies that are on the road to ESG improvements.

Alternately, you could look to get exposure to regions that are not well covered by ESG funds via established global equity funds. These include WHEB Sustainability (GB00B8HPRW47), which backs companies that are contributing to the move to healthy, low-carbon and sustainable economies, and Montanaro Better World (IE00BYWFFF02), which focuses on social improvements. A recent entrant to the market, Baillie Gifford Positive Change (GB00BYVGKV59), has already posted huge returns. However, like some other Baillie Gifford funds it has large positions in hotly debated companies such as Tesla (US:TSLA).