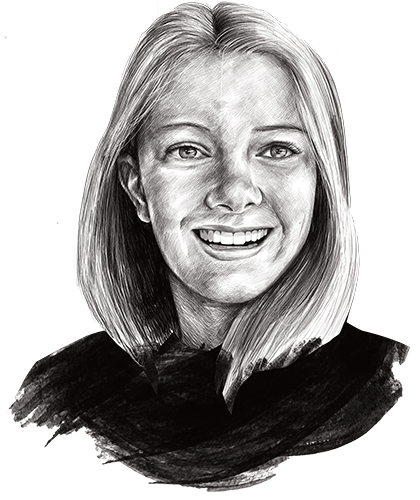 There is a reason why humans race fast cars, leap out of aeroplanes with nothing but a large piece of material for support, and attach wooden boards to their feet to speed down mountains. The risk involved in driving, parachuting and skiing sparks what is known as the ‘fight or flight response’ – a physiological reaction to a perceived threat. When faced with the unknown, the ‘fight’ side of our nervous system is jolted into producing adrenalin and adrenalin feels good.

But there’s a second side to our nervous system which acts as a brake, forcing our body to calm down, take stock and consider its options. This secondary response to ‘risky’ stimulus is crucial to survival – man would likely have never left its cave if it engaged in combat whenever faced with an external stressor. But it brings with it a fear of the unknown, one that has been over-used when we seek a definition of the word ‘risk’.

“In the simplest terms, risk is the possibility of something bad happening,” says Wikipedia. Google agrees. When prompted, the search engine provides synonyms to the noun – peril, threat, menace – and to the verb – endanger, jeopardize, hazard – which instil fear. But these definitions only paint half the picture: risk is just as much about the possibility of something good happening as it is about something bad and that is especially true in the financial markets. Understanding and accepting the positive side of risk can make us all better investors.

We need look no further than Amazon (US: AMZN) for evidence of that. When the online bookseller joined the stock market in 1997 intent on changing the world, but unsure if it could ever make a profit in doing so, only investors willing to take the risk bought shares. And when the company’s share price crashed 80 per cent just a few years later, only investors with the most gumption (and perhaps those who had forgotten it was in their portfolios) held on. Any that did have been richly rewarded by a company whose share price has risen at a compound annual rate of 38 per cent over the past 23 years.

Risk analyst Nassim Taleb paints a slightly more nuanced picture of the value of risk in his 2017 book, Skin in the Game. The former trader recalls an occasion where he had taken large short positions in several companies, despite assuring his colleagues that he thought those company shares were going to rise. His rationale was simple: although the chance of the share prices rising was higher than them falling, if they were to fall, the move would be massive. A willingness to risk being wrong proved very fruitful for Mr Taleb. Over many years of trading, he was right on only a few occasions, but on those occasions, he was so right that his winnings were big enough to outweigh any losses.

We should all seek not to confuse the adrenalin-spurred ‘fight’ response with measured risk taking. The latter is a useful tool. Homo-sapiens didn’t leave their caves for the thrill of it, they left to make their lives better. That’s worth remembering next time investment platforms, financial advisers or concerned relatives ask us how much risk we are willing to take with our money.