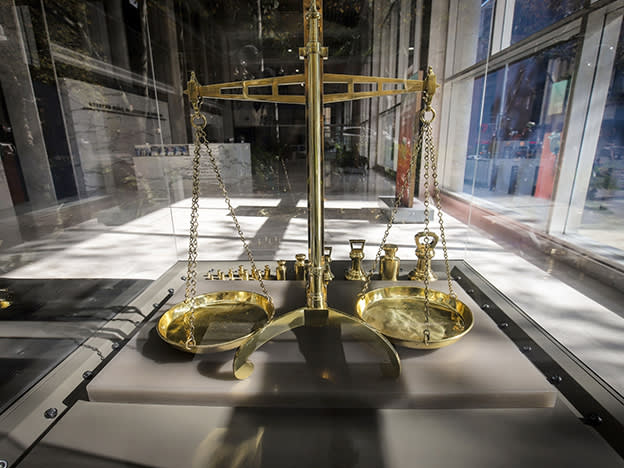 Changes during the first quarter (Q1) essentially continued to pursue two related themes – reducing the extent of the portfolios’ overweight position in ‘growth’ companies vis-à-vis ‘value’ and increasing exposure to investments that should better protect them from rising inflation. They are related because governments are intent on fostering a strong economic recovery.

The changes in the Q1 picked up where Q4 left off – that of rebalancing somewhat the extent of the portfolios’ overweight position in ‘growth’ companies, given the disparity in valuations and the economic backdrop. The portfolios continue to pursue a growth mandate for reasons highlighted in a previous column (‘Remaining focused on the long term’, 7 August 2020). There is no shortage of entrepreneurial managements and companies that are embracing both existing and emerging trends and technologies. These will continue to provide plentiful opportunities for the patient investor.

However, the increasingly evident determination of governments to engineer a strong economic recovery – the UK Budget and President Biden’s spending and infrastructure packages being recent examples – reinforce the rationale of increasing exposure to those unfashionable companies that should disproportionately benefit. Such companies need not be poor quality. But they tend to have lower ratings in part because their prospects are more closely tied to the economy – and economies have tended to struggle in recent years.

Within this modest rebalancing, exposure to the UK has been increased as the market looks good value relative to others on a range of valuation metrics. Economic prospects remain encouraging, with an EU trade secured, numerous trade deals signed since, and application made to join the Comprehensive and Progressive Agreement for Trans-Pacific Partnership (CPTPP), which offers tremendous potential. Meanwhile, the economy remains attractive to inward investment and the market has meaningful exposure to such ‘value’ sectors as banks, oil companies, pharmaceuticals and miners.

But the Q1 changes have also continued to recognise the risk of rising inflation. Last month’s column (‘Preparing for inflation’, 12 March 2021) again highlighted the investment implications. The impact of the pandemic on globalisation, the gradual but meaningful change in our demographics, likely shifts in the balance between capital and labour, the scale of the fiscal stimuli, the likelihood the new money will this time reach the real economy and, perhaps above all, the political realisation that inflation is now necessary to help deal with the debt, being some of the reasons weighing in inflation’s favour.

Meanwhile, the Income portfolio reduced and then sold its holding in Scottish Mortgage Trust (SMT) at prices of £12.29, £11.81 and £11.67. It also reduced its weighting in Herald (HRI) and CQS New City High Yield (NCYF) at prices of £22.15 and £0.49. With the proceeds, Dunedin Income Growth (DIG) and iShares Index Linked Gilts ETF (INXG) were added to and Murray International Trust (MYI) introduced at prices of £2.94, £19.01 and £11.03. Such changes have been made for the other real investment trust portfolios managed on the website www.johnbaronportfolios.co.uk.

The rationale for the portfolios’ sales of EWI, AUGM, ATT, SMT and HRI have been touched on previously. Each has performed well since being introduced and have helped the portfolios achieve their growth mandate and performance. The reduction in exposure is less a reflection on the individual companies and more a wish to maintain portfolio balance after such a strong run while recognising that, given valuations and economic policy, such companies may soon face stronger headwinds not of their making.

The proceeds from these sales were mostly used to add to or introduce MUT and AGT in the Growth portfolio and DIG and MYI in the Income. Both MUT and DIG have performed well relative to the FTSE All-Share over recent years, possess good dividend track records and continue to offer attractive yields. Both companies have significant exposure to many of the unfashionable sectors that should disproportionately benefit if a robust recovery does indeed take hold.

MYI has a global remit to achieve an above-average dividend yield by investing mostly in equities. In doing so, it has a value focus and meaningful exposure to Asia Pacific excluding Japan in large part because of the strong balance sheets, decent yields and dividend prospects to be found across the region. Dividend growth has been sound – for example, rising 15 per cent during the last four years. A modest discount, an experienced manager who has remained true to his brief in difficult markets, and a yield exceeding 4.8 per cent when bought, all added to the investment case.

AGT similarly pursues a value mandate on a global basis, investing in companies that offer prospects for growth, but which stand on attractive valuations. The portfolio consists of family-controlled holding companies, closed-end funds, and Japanese asset-backed companies (24 per cent) which usually trade on low multiples and possess significant cash. The average discount of the company’s holdings on a ‘look-through’ basis presently exceeds 30 per cent. AGT has comfortably outperformed its MSCI ACWI ex US benchmark in recent years, which is impressive given the value mandate.

In a similar vein to the changes described above, the Growth portfolio’s top-slicing of BRWM and introduction of CYN with the help of cash levels increased its exposure to commodities, and to smaller companies within the sector. CYN focuses on smaller mining and natural resource companies – a neglected sub-sector where valuations have been somewhat distorted by the rise in passive investing. A meaningful exposure to gold mining companies, a discount of around 10 per cent when bought and an attractive dividend are further positives.

This rebalancing in favour of value should also prove beneficial if inflation rises in part courtesy of a robust economic recovery. However, during the quarter, the portfolios added more specific insurance by way of INXG – an ETF given there is no investment trust equivalent – courtesy of a reduction in exposure to HDIV and NCYF. Bonds tend not to do well as inflation rises. During the early inflationary stage, higher-yielding corporate bonds can offer better protection than gilts. However, inflation-linked bonds have traditionally acted as a good inflation hedge, regardless of the stage of inflation.