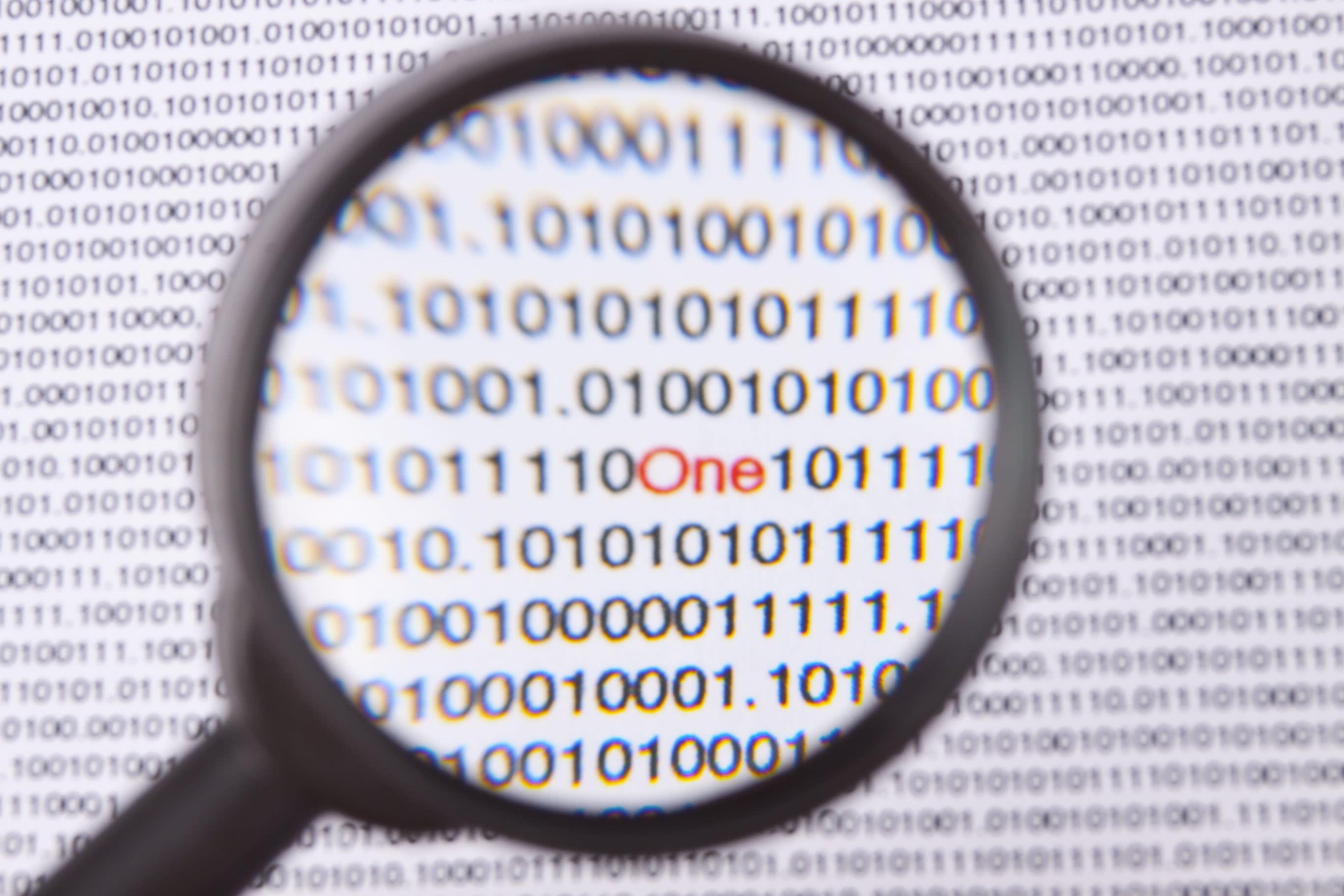 Tactical asset allocation choices are tough in a world beset by uncertainty.

Chugging along but not shooting the lights out would be a fair way to summarise the performance of the tactical asset allocation (TAA) portfolio. Since the last rebalance in early August the total return has been 3.1 per cent, which is roughly half what an S&P 500 tracker of US shares has made UK investors.

Since the beginning of the year TAA has made 7.7 per cent, whereas the US benchmark is up by a fifth. A fairer comparator is the MSCI PIMFA balanced asset allocation index, which has a similar weighting to shares as TAA and comes out roughly similar with 7.4 per cent total returns (08.01.2021 to 29.10.2021), albeit the PIMFA index would cost less to replicate.

Earlier in the year, TAA was caught out by the value rally and UK shares’ rise in particular. Since August, however, it has outdone the PIMFA balanced index. The tough call hasn’t so much been picking markets and themes that will do well from the global economy reopening, it has been getting the timing right.

Fair enough, the raison d’être of tactical asset allocation is making winning calls and TAA got it wrong in January but the safety rope for the portfolio is the strategic asset allocation principles that underpin it. This will remain crucial going forward as there are a multitude of uncertainties facing investors as we head towards next year.

Covid-19 has not gone away and even if further lockdowns are avoided, the fallout from the pandemic in terms of labour shortages and supply chain disruption continues to wreak havoc. In energy markets too the stop-start demand affected production, which combined with the usual geopolitical shenanigans has led to price spikes and consternation for consumers.

Such upward pressures on the costs of living and doing business have made inflation the hot topic for debate among central bankers. Hawkish voices on monetary policy committees have been getting louder, calling for tapering of bond-buying programmes (quantitative easing) and the pathway for raising interest rates to be set out and embarked upon.

Equity markets have become so hooked on central bank stimulus (really since the 2008-09 financial crisis) that, perversely, bad news in the real economy has been seen as good news because it meant central banks would keep the money taps loose. Now that the bad news is coming in the form of inflation, however, the action policymakers may need to take will be less conducive to increasing share prices.

Governments have been expected to take more of the strain of stimulating economic recovery and fiscal policy (tax and spending plans) is crucial with monetary policy having less room for manoeuvre. This isn’t helped by a febrile political environment in the US, where President Biden’s spending plans are being debated fiercely in Congress.

In the European Union, there are natural difficulties in agreeing how much individual member states should spend and how much wealth should be transferred between countries to support the European Central Bank's (ECB) monetary policy efforts.

China is the cause of much anxiety, thanks to the unknown potential for a contagion effect from the Evergrande property scandal. The Middle Kingdom’s domestic economy is heavily weighted towards the real estate sector and the intricacies of its internal debt markets, shadow banking sector and financial system are poorly understood risks.

The knock-on effect of a collapse in demand from Chinese real estate is being seen in the shares of mining companies that supply raw materials. Confusingly, different narratives on commodities are at odds. On the one hand, there are fears for demand in the world’s largest economy (by purchasing power parity); and on the other, the need for a global transition to more renewable energy is a bull factor for many metals.

Paradoxical dilemmas are a feature in energy. Oil above $80 a barrel means cash for the behemoth producers but the volatile demand and supply dynamics and the secular headwinds for fossil fuels make this a difficult investment to time. Commodities prices might be a hedge against inflation, but they remain subject to shocks, so aren’t a straightforward or easy one.

Yet there is cause for optimism. Challenges equal opportunity for dynamic companies in clean energy, healthcare and information technology; businesses at the forefront will reward their shareholders handsomely. Going a step further, the revolutions in communication, capital management and supply chain controls (current issues will only give impetus to finding solutions) promised by innovations in blockchain is already being termed a fourth industrial revolution.

TAA has a thematic bent, which is due to a conviction that market capitalisation-weighted country indices, especially the S&P 500, have been somewhat puffed up by the simple trade of buying companies with good earnings quality made more attractive by ultra-low interest rates. This may be about to change, thanks to rates potentially going higher and also, in the case of the S&P 500, because some of the biggest companies could face disruption (and at the very least pricing pressure) from the new wave of technologies and competitors.

Web 2.0 oligarchs such as Facebook (US:FB) founder Mark Zuckerberg are clearly aware of the web 3.0 opportunities. Rebranding the business Meta (a nod to the metaverse, which is the internet part of shared virtual reality) and also engaging in projects such as Diem (Zuckerberg’s second attempt at a tokenised digital currency) is bold but may not be enough. One centralised data company controlling the internet will hardly allay antitrust concerns and, in any case, it goes against the principles of a decentralised, democratised and transparent (yet secure) web envisaged by blockchains such as Cardano, Internet Computer and Solana.

Retaining TAA’s S&P 500 holding means the portfolio has a boot in the big tech camp if the negative assumptions are wrong, and it also means backing other large companies if they start to do relatively better. The active holding in Allianz Technology Trust (ATT) is because the TAA is still bullish on the US and technology but directs that confidence more towards innovative companies in the $10bn to $100bn size bracket.

An active bet is also taken towards Asia with Schroder Asian Total Return (ATR). The communist party in China is having no truck with technology companies having centralised ownership of payments and information data, let alone units of currency. The recent crackdown and the strides made towards a digital renminbi (China’s currency), demonstrate that The Party wants sole monopoly on powerful instruments of control.

Along with worries about financial contagion from Evergrande, the draconian (albeit in some respects understandable) stance towards its largest companies, means having managed exposure to China is reassuring. The weighting to mainland China and Hong Kong combined makes up just over a fifth of the ATR portfolio (China accounts for a third of the MSCI emerging markets index), and the fund has significant weighting towards India, Indonesia and Vietnam, a sign of discernment in action and an appreciation of ebbs and flows in Asia’s various growth stories.

Growing assertiveness by China towards Taiwan is a risk for ATR’s holdings but also for the Asia Pacific region in general. Japan has made steps towards strategic alliances with Taiwan in a show of determination to stand up to Chinese dominance. More generally, the TAA’s holding in Japan could benefit from new prime minister Fumio Kishida’s Liberal Democratic Party (LDP) doing better than expected at the recent election. This increases the likelihood of economic stimulus.

Closer to home, there is little incentive to adjust positions in UK or eurozone equities. The FTSE 100 index offers good home-listed exposure to oil & gas and mining companies. Whether that’s a reasonable hedged position towards energy transition or not depends partly on ideology. Miners will certainly be needed in the drive to electrification and, although they could do more, the UK-listed energy majors are ahead of US equivalents in green credentials.

The main question for UK mid-caps could be the extent to which reopening potential has already been priced in. The FTSE 250 holding was bought late this year and has so far underwhelmed but remains a positive play on the UK Covid epidemic subsiding and the economy strengthening. The eurozone position is similarly about being situated for recovery across the channel.

Fixed-income positions were trimmed after the last TAA rebalance and there is no desire to play around on what is an enormously tricky yield curve. Longer dated index-linked gilts have been roughly steady, although would be vulnerable to a rise in interest rates. For now, the shorter-dated gilts fund has suffered more from market jitters. Inflation is the fear, but rate rises are expected to be short-lived. In other words, investors seem to be reserving judgement on how sustained a firm policy response will be.