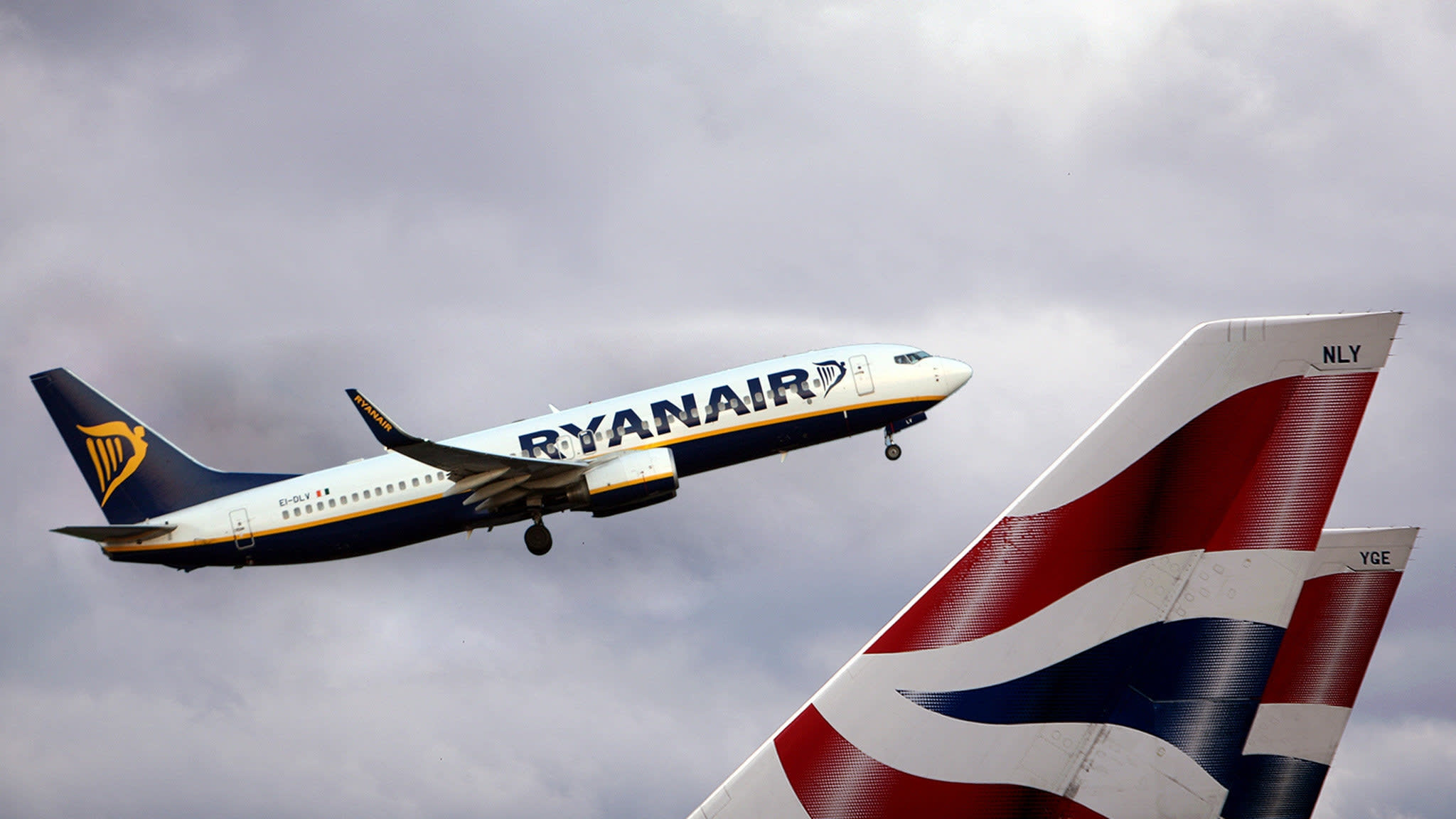 Airlines will always be a risky investor proposition. But Ryanair has emerged from the pandemic in front

Legendary investor Warren Buffett once joked about having a freephone number he could call so that if he ever got the urge to buy an airline share they could talk him out of it. Airlines had “eaten up capital over the past century like almost no other business”, he told the Telegraph in a 2002 interview.

Since then, airlines have continued to hobble investor returns. The Covid-19 pandemic caused the biggest demand shock the industry has ever witnessed, with cumulative industry losses expected to top $201bn (£154bn) by the end of this year, according to the International Air Transport Association (IATA). Airlines’ combined debt burden has already increased by more than $200bn to $650bn.

And as travel picks up as the world learns to live with the pandemic, there will be airlines that emerge stronger. In Europe, Ryanair (IE:RYA) seems better equipped than the rest.

As anyone who’s travelled with the Dublin-based carrier is made aware through its in-flight announcements, it is Europe’s number one airline, in passenger terms. It carried almost 150mn passengers in the year to March 2020.

Ryanair also has an unrelenting focus on costs to keep ticket prices low – the company even floated the idea at one stage of charging passengers to use plane toilets.

It might not have been entirely serious about this – chief executive Michael O’Leary, an accountant by trade but a born marketeer – often floats ideas such as selling lower-priced standing-only tickets that he knows are unworkable but will win the airline free publicity.

When pitching to investors, the company frequently trumpets its lead over competitors in terms of costs. Prior to the pandemic, the airline’s costs per passenger (excluding fuel) were €31 (£26.11). This is 26 per cent lower than the €38 incurred by its nearest competitor, Hungary-based Wizz Air (WIZZ).  Easyjet’s (EJZ) ex-fuel costs per passenger were €56, while Lufthansa’s (DE:LHA) Eurowings was €94.

This can make flying with the airline a pretty brutal experience when things go wrong. Low overheads mean a lack of support and a seemingly indifferent attitude towards customers when flights are delayed or cancelled. Over a decade ago, O’Leary summed up the company's approach in an interview, saying: “You're not getting a refund so fuck off. We don't want to hear your sob stories. What part of 'no refund' don't you understand?"

It has reined in some of its more egregious practices, such as charging an administration fee to every customer who didn’t use an obscure form of debit card. But its sharp-elbowed reputation remains.

According to YouGov, Ryanair is the most poorly-perceived airline in the UK. Its impression score – which weighs positive customer sentiment against negative – was minus 33.5 per cent for the 12 months to March, the lowest of any brand tracked by the pollster.

“Ryanair also has the distinction of being the airline the public would be most embarrassed to work for,” it added.

Yet the metric that O’Leary would be most interested in – whether a customer would consider rebooking with the same brand – was a positive 19.5, putting it fifth out of 27 airlines tracked by YouGov.

Ryanair clearly has faith that they will. Although IATA only expects international travel to remain at 69 per cent of 2019 levels this year, and for a full recovery of air traffic to take until 2025, the airline is putting on 114 per cent of its 2019 capacity this summer and is launching 720 new routes, as well as opening 15 new bases.

Although it can’t claim to have had a good crisis – it lost €1.1bn in the year ending March 2021, as revenue and passenger numbers fell by 81 per cent – it certainly hasn’t wasted it.

Ryanair entered the pandemic with its costs per passenger creeping up as staff unionised and it started losing pilots to fast-growing competitors like Norwegian, which was attempting to emulate Ryanair’s low-fare models on long-haul transatlantic routes, but later retrenched after falling into administration.

Delays in the delivery from Boeing of new 737 Max planes – exacerbated when they were involved in two fatal crashes – also meant maintenance costs rose.

Ryanair renegotiated staff pay deals, securing pay cuts of up to 20 per cent over three to five years as an alternative to redundancies. It also struck long-term agreements with some of its main airport hubs such as London Stansted, Manchester, Charleroi and Bergamo.

On top of this, as Boeing was enveloped in a crisis that grounded all of its 737 Max planes for almost two years, Ryanair struck a deal to add another 75 planes to its existing order, bringing the total to 210 – enough to cover its growth ambitions until 2028. The terms of the deal were not disclosed and in an unusual moment of diplomacy, O’Leary only went as far as saying it had secured a “modest discount” on Boeing’s list price. He has been less graceful since subsequent negotiations for more planes broke off in September last year.

“It’s one thing not attracting new customers but to lose your existing customers to your direct competitor, Airbus, seems to me to be a failure of your sales force,” he said of the US planemaker on an earnings call in January.

The airline is targeting a 50 per cent expansion in passenger numbers to 225mn by March 2026. O’Leary said that legacy airlines and some “inferior low-cost carriers” won’t be able to operate at pre-pandemic capacity and it intends to move into the void.

In a pre-close trading update this week, Ryanair said it had cut net debt to €1.5bn – or just two-thirds of HSBC’s forecast cash profit for the next 12 months. Average industry net debt stands at 3.9 times earnings, according to BofA Securities.

For the year just ended, Ryanair said it expects a net loss of between €350mn and €400mn. Passenger numbers recovered to 97mn – more than three times the 27.5mn carried last year but only 65 per cent of pre-pandemic levels.

Numbers are picking up fast after a blip over Christmas, when the Omicron wave of the coronavirus spread. March traffic rose to 11.2mn, from 8.7mn in February. Its load factor – the number of bums on plane seats – nudged up to 87 per cent, and would have been higher had the airline not suffered disruptions following Russia’s invasion of Ukraine.

Ukraine represented about 1 per cent of Ryanair’s business but the airline didn’t have any aircraft based in the country, according to Stephen Furlong, an analyst at stockbroker Davy. Planes have been redeployed on other routes serving Italy, Greece and Spain. The airline said it is committed to restoring flights to Ukraine as soon as it is safe.

The nearer-term outlook is positive. Furlong expects Ryanair’s load factors to move back north of 90 per cent from this month onwards. Barring any new capital expenditure arising from plane deals, finance chief Neil Sorahan said the focus for the next two years is to get back to a net cash position.

Berenberg analysts, by contrast, expect Ryanair “to prioritise passengers over yields” and potentially undercut Wizz in markets where both airlines operate. Wizz is scheduled to compete with 27 per cent of Ryanair’s capacity in the summer.

Given the current level of energy prices, fuel costs could prove to be a big advantage for the Irish carrier. Wizz abandoned its hedging policy last year but Ryanair has hedged 80 per cent of its fuel costs until March 2023.

O’Leary told investors on its last earnings call that its “cost leadership has significantly widened over other airlines in Europe”.

After long delays, Ryanair expects to take delivery of 65 of the new Boeing aircraft it has on order by the summer. These have 4 per cent more seats than existing models but need 16 per cent less fuel. A newer fleet should also lower maintenance costs.

Furlong said other initiatives, such as setting up its own simulators to train pilots, mean that on a like-for-like basis, expenses are likely to be lower than they were as the company entered into the pandemic.

“Of any airline, its cost base is the lowest and it's going lower,” he said.

The operational leverage benefits from keeping costs down as revenues grow offers an investment opportunity, particularly at the airline’s current valuation. Its shares are trading hands at 12 times FactSet compiled consensus earnings forecasts for the current financial year, which is lower than its peer group. Its PEG ratio – a quick and dirty calculation to weigh up a company's share price against the growth on offer – is just 0.2, and far below the level at which the shares are deemed fairly priced.

The only fly in the ointment for UK investors is the airline’s delisting from the London Stock Exchange last year – a symptom of the Brexit vote, as under EU rules the airline needs to ensure the majority of its shareholders are from the bloc.

Although “the long-term investment case remains the same” for Ryanair, UK shareholders have lost their voting rights and can’t buy new shares on the London market, analyst Sophie Lund-Yates of Hargreaves Lansdown noted.

They can, of course, buy American Depository Receipts (which also lack voting rights) or shares on the Dublin bourse, but the latter will have particular tax implications for some investors and may also incur higher dealing costs.