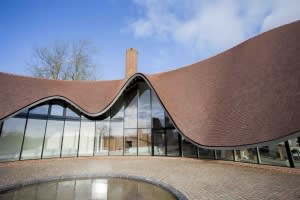 Has Marshalls paid too lofty a price for roofing firm?

Mergers and acquisitions are a tricky business to get right. Although deal execution has improved since the financial crisis, bigger transactions – those where the target is valued at 30 per cent or more of a buyer’s market cap – still only stand a fifty-fifty chance of success, according to McKinsey.

Paving company Marshalls (MSLH) is confident of its chances with Marley. It has just bought the roof tile maker at an enterprise value of £535mn, £371mn of which was paid in cash, with the remaining £164mn in shares to vendor Inflexion Private Equity and Marley’s management.

For the cash component, just over £187mn (£184mn net of expenses) has been raised from shareholders, with the balance coming from new debt financing.

Inflexion had lined Marley up for a stock market flotation, filing documents last September which said it expected to raise £75mn and would float a stake of at least 25 per cent.

According to The Times, the private equity firm had been seeking a valuation of between £470mn and £500mn but in October it postponed the process due to market volatility.

Shares in a range of building materials companies began to slide around this time as raw material costs and energy prices surged. They’ve fallen further since. So why has Marshalls now stumped up as much as £65mn more than Inflexion had been seeking (but did not get) from institutions?

Strategic buyers are known for their willingness to pay more for assets than financial buyers because they are worth more to them. Marshalls considers Marley to be highly complementary to what it does, so much so that chief executive Martyn Coffey calls it the ‘Marshalls of roofing’.

Both have brands that are more than a century old and products that are leaders in their fields, he argued. Given that Marshalls had already been planning a move into roofing – either through acquiring a smaller player or manufacturing its own tiles – Marley’s shelved IPO presented an opportunity for it to make its approach, he told Investors’ Chronicle.

“We thought it was a fantastic fit,” Coffey added.

Marley makes almost half (46 per cent) of its revenue from concrete roof tiles and a further 14 per cent from clay-roof tiles (see graph). It claims a respective 30 and 48 per cent share for locally-made products.

In total, the addressable market for roof tiles and slates is about £650mn, according to Peel Hunt.

Both companies supply the same groups of customers: housebuilders, contractors, builders’ merchants and homeowners. They’ve also taken a similar approach to courting architects and engineers to try to get their products specified for use on projects before contractors bid for work.

“There’s a lot of similarities in the way they do business which should make integration very, very straightforward,” argues Coffey. “I think it’s a transformational acquisition and great value.”

Widening profitability – its underlying Ebitda margin increased to 29 per cent of revenue last year, from 23 per cent a year earlier – means Marshalls has agreed a lower valuation than the 12-13 times earnings sought by Inflexion via the flotation, Coffey argued.

Marley has also been consistent: its underlying Ebitda margins were above 20 per cent over the past three years and started this year ahead of the last, according to Marshalls’ prospectus to its shareholders.

Although Marshalls is increasing the size of its share base by 26 per cent through its equity raise and the issue of new shares to vendors, the company expects “double-digit” earnings per share accretion in 2023 – the first full year for the combined business.

House broker Peel Hunt expects a quicker return than that. It increased its pre-tax profit forecast for the combined business by 23 per cent this year and 43 per cent next – to £100mn and £123mn, respectively. Even with the enlarged share base, the broker upgraded its earnings per share forecast for Marshalls by 5 per cent to 34.2p this year and by 14 per cent to 37.2p in 2023.

The market appears not to have bought into the deal, at least yet. Marshalls’ shares are down since the deal was finalised on 28 April and 18 per cent lower year-to-date. While some of this can be attributed to sector weakness – the FTSE 350 construction and building materials index is down 9 per cent so far in 2022 – it has still underperformed its peer group.

The price being paid for Marley represents quite an uplift from when it last changed hands less than three years ago.

Until August 2019, Marley had been owned by Belgian building materials company Etex, which had taken the firm private from the London Stock Exchange 20 years earlier.

Monty Bidco, a company owned by Inflexion funds, paid Etex just £238mn for the business – or less than half of what Marshalls has just spent, according to the placing prospectus.

Etex didn’t break out details of individual deals but in its 2019 financial report the company said it received €276mn (2019 average: £242mn) in proceeds from the sale of Marley’s UK assets and three other businesses – of which the roofing firm was the biggest component.

An Inflexion-owned vehicle then revalued the physical and intangible assets purchased from Etex. A £8.6mn gain was recognised on the plant and machinery bought, as well as £56.8mn gain on the carrying value of land and buildings and a £2.7mn gain on the value of its finished goods. The biggest uplift, however, was a £92.1mn uplift in the value of Marley’s brands and customer relationships. Combined, these revaluations meant the Inflexion-backed company deemed Marley’s book value to be worth £160mn more than it had paid.

A solar roofing panel business, Cambridge-based Viridian Solar, has since been acquired by Marley – for an initial cash payment of £10.5mn, plus some deferred consideration – but the revaluations have formed the biggest gains in Marley’s book value.

This means that intangible assets form a significant chunk of Marshalls' purchase. Of the long-term assets on its balance sheet last year, Marley’s physical assets – including four tile factories, a clay quarry, a solar panel plant and two distribution centres – comprised 43 per cent of total assets by value. Goodwill and intangibles made up 56 per cent.

Given the type of business Marley is in, this looks quite high. In comparison, Marshalls’ intangibles made up 29 per cent of its long-term assets, while at brick makers Forterra (FORT) and Ibstock (IBST), the figures were 7 per cent and 18 per cent, respectively.

Ultimately, the scale of intangibles won’t matter if Marley continues to generate Ebitda margins in excess of 20 per cent.

But if it doesn’t, and trading takes a turn for the worse, there is a greater risk of impairment than there would be for a business with more physical assets.

In a note following the merger announcement last month, broker Shore Capital described the valuation attached to Marley as being “full”. The Ebitda margin of 29 per cent achieved last year is around 400 percentage points higher than its three-year average of 25 per cent and opportunities to eke out cost savings would be limited, it said.

Adjusting for this brings the multiple paid for Marley to 12.4 times earnings. This is “broadly in line with what Marshalls trades on and above UK building peers”, analysts at Berenberg added.

Last year’s healthy margin was earned during what was a boom period for the building products sector – especially for the repair, maintenance and improvements (RM&I) market, from which Marley earns 53 per cent of its revenue (see chart).

The private housing RM&I market was “the stellar performer post-the initial Covid-19 lockdowns” but is the part of the market most exposed to current price inflation, the Construction Products Association said this month.

Its latest report forecasts that after growing by 20.2 per cent last year, spending in private housing RM&I will contract by 3 per cent this year and 4 per cent next, meaning it will be lower at the end of 2024 than it was last year. In an update published just as the IC was going to press, Marshalls told investors that sales in its domestic end market were 8 per cent down so far this year - which it blamed on a reduction in installer capacity. The market reaction means shares are already down 7.5 per cent since Monday – the date used in this article.

Coffey is confident on growth, though, pointing to the fact that much of the RM&I work involving roof tiles is triggered by essential replacements. Supply also remains tight, which will allow it to run three, eight-hour shifts at Marley factories compared with two currently, boosting operational efficiency. Trading at the acquired entity is up on 2021 and ahead of plan, Marshalls said in its trading update.

Ross Harvey, an analyst at Davy Stockbrokers, said that judging whether the Marley acquisition is one of the 50 per cent of deals that creates rather than destroys shareholder value could take two years to properly assess. The fact that it has been predominantly equity financed has allayed any concern Harvey might otherwise have with the balance sheet. Marshalls has said its net debt should be no higher than 1.5 times group Ebitda by the end of this year.

The flip side to this is the increase in the share base. Inflexion’s lock-up period for its £150mn stake (based on a price of 680p a share) ends in six months. This could serve as a brake on price appreciation if the private equity firm starts unload its holding above this level and the cash it has already taken off the table means it can afford to sell at a discount to the recent 650p placing price and still be in the money, even if other shareholders aren’t.