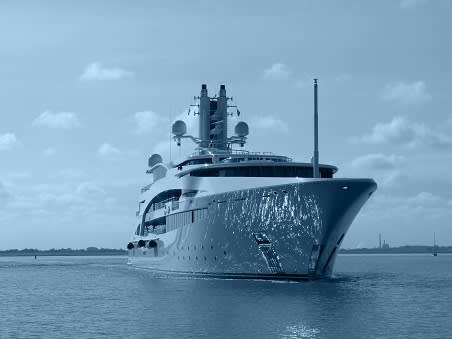 Set fair for a profitable passage

Admittedly, the patience of shareholders has been tested after delays in project implementation caused by the Covid-19 pandemic led to the group posting cumulative post-tax losses of £11mn over the past two financial years. A £4.9mn equity placing at 30p a share, a 25 per cent discount to the share price at the time, during the March stock market sell-off hasn’t helped sentiment, either, and is a key reason for the reversal since my last article (‘Hunting down lowly rated tech plays’, 22 February 2022).

However, the rationale for raising funds was sound. The issue being that global supply chain shortages for transceiver components meant that SRT had to source more supply in the grey market (outside authorised dealers) which necessitated immediate payment. The alternative was to delay customer orders. The components are more expensive, but SRT has been able to pass on price rises and there has been minimal impact on the transceiver division’s £3.2mn forward order book. This highlights the strong position of SRT’s products in the market and close relationships with its network of local partners.

Despite past disappointment, there are also sound reasons for SRT to achieve house broker FiinnCap’s forecasts of a seven-fold increase in revenue to £56.6mn, pre-tax profit of £6.8mn and earnings per share (EPS) of 3.8p in the 12 months to 31 March 2023. In fact, the risk to estimates is skewed to the upside. That’s because the revenue forecast factors include £10.3mn for the transceiver business and £46.3mn from system projects including £26mn of new contracts from SRT’s £600mn validated sales pipeline.

Bearing this in mind, the directors expect $50mn (£41mn) of new contracts to be awarded in the final quarter of this calendar year based on the advanced stage of the procurement process, with work to start immediately on a 12-month system delivery period. In addition, SRT’s flagship Philippines project (installation of monitoring systems, coast stations, vessel transceivers and satellite data feeds) should contribute £5mn of annual revenue and the £40mn major contract awarded in January a further £15mn.

That contract is for delivery of a marine domain awareness (MDA) system to a national coastguard that tracks, monitors and manages all maritime activity in their territorial waters. The project commenced in April 2022, and had been expected to complete over a two-year period, but the client has now requested a faster implementation. Technology analyst Lorne Daniel at FinnCap notes that there could be a material uplift to its current year forecasts, perhaps an additional £15mn of revenue if the contract is accelerated. I also understand that SRT is engaged in a much larger contract, worth $180mn over an 18-month period, which could be awarded before the end of December this year. It has not been included in FinnCap’s forecasts, either.

Importantly, SRT is funded to deliver on these high-margin software contracts, having gross cash of £6.8mn and £14mn undrawn funding from a £20mn secured loan note programme. Net debt of £0.7mn at 31 March 2022 also takes account of a £1.6mn low interest bank loan. FinnCap forecasts net cash of £1.8mn at 31 March 2023, albeit if all the new contracts are awarded then this would have a working capital impact, too. However, it would also lead to a major profit upgrade, a possibility that is simply not reflected in a modest prospective price/earnings (PE) ratio of 8.2. Buy.

Simon Thompson was named Journalist of the Year at the 2022 Small Cap Awards.

■ Simon Thompson's latest book Successful Stock Picking Strategies and his previous book Stock Picking for Profit can be purchased online at www.ypdbooks.com, or by telephoning YPDBooks on 01904 431 213 to place an order. The books are priced at £16.95 each plus postage and packaging.