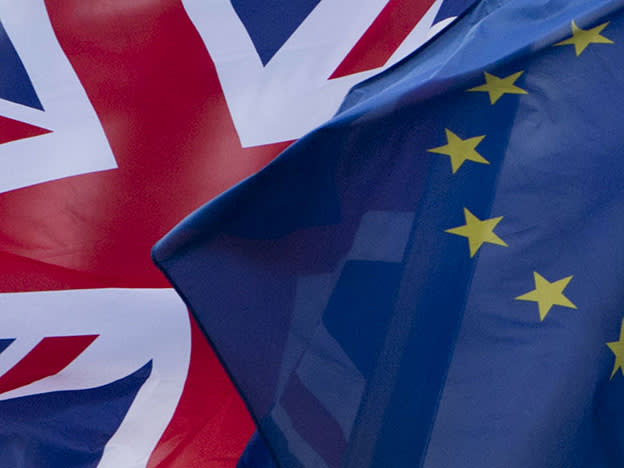 At time of writing, the legal default position is that the UK is leaving the EU on World Trade Organization (WTO) terms on 12 April. Misguided concern in certain circles about the economic consequences of doing so, together with questions over political leadership, are casting a long shadow over the UK market. Numerous metrics confirm the extent to which this is affecting sentiment, with the UK looking very good value relative to other markets.

And yet, in stark contrast, the economy is doing very well. What is more, this economic reality takes into consideration that our exit may be on no-deal/WTO terms. It is not a given that markets and economies march in lock-step, but the two are connected. And rarely have sentiment and fundamentals been such poles apart – investors may not be offered a better opportunity for a long time.

To suggest sentiment is poor is an understatement. Various reports have recently testified as to the market’s unpopularity. These have included studies showing the UK’s cyclically adjusted price/earnings ratio (CAPE) to be one of the lowest, the market standing at its cheapest relative to others for nearly 30 years, and it continuing to trade at a near-30 per cent discount to the MSCI World index while offering higher five-year returns. The market’s yield exceeds 4 per cent and this has been rare during the past 30 years.

While Brexit is not the only factor, forecasts of economic woe and higher unemployment abound. Scare stories about various food and medical shortages are regularly touted. Reports of planes not flying and ports being clogged are given serious coverage. All help to feed the narrative that exiting on no-deal/WTO terms amounts to ‘crashing out’ or ‘cliff-edge’ scenarios.

Yet the market should be careful who it listens to. In large measure, the same trade bodies and organisations forecasting economic doom in 2016 should we vote to leave the EU are the same predicting economic Armageddon now if we leave on WTO terms. In March 2016, a major CBI report forecast a ‘Leave’ vote would cost 950,000 jobs within a few years. The organisation was not alone.

The Bank of England, the Treasury, the International Monetary Fund (IMF), the government pamphlet delivered through every door, all added to the gloomy chorus. Forecasts of a DIY economic recession by Christmas 2016 were rife. Conflict on the continent was even thought more likely. It was almost as though each were trying to outdo the other in the frenzy that became known as ‘Project Fear’.

Space does not allow a detailed examination as to why these extremely well-paid professionals got it so wrong – so much so, the Bank of England had to publicly apologise. A few were listening to their political masters. A few had vested interests. A few more played their part in trying to engineer a ‘Remain’ result in the referendum. The political establishment was facing an inconvenient truth.

The reality is that, since 2016, the performance of the UK economy has been anything but dire. Record low unemployment, record high manufacturing output and record investment are just some of the important milestones reached. The economy continues to do well relative to others – our unemployment rate being nearly half that of the EU average. Meanwhile, key economies on the continent teeter on the brink of recession.

These investment decisions have been made in the full knowledge that we may be leaving the EU on no-deal/WTO terms. The sceptics fail to understand investment is about comparative advantage. As highlighted in a previous piece, the competitiveness of our corporation tax rates, the flexibility of our labour markets, our financial expertise, our skilled workforce, our record on innovation and top universities are, in aggregate, more important in deciding investment levels than WTO terms and low tariffs.

Talk of ‘job disasters’ and ‘crashing out’ of the EU is born of flawed analysis. A perspective is needed. We know imports and exports account for around 15 per cent of our economy, of which half is with Europe. We know WTO tariffs will be low because the rules say they have to be. We know complex supply chains span various trading arrangements around the world, so need not be a problem when trading with the EU. And we know no longer having to apply EU tariffs on imported foodstuffs could allow shop prices to fall.

The UK profitably trades with many countries outside the EU on WTO terms – there is no evidence it could not do likewise with the EU. Meanwhile,3-5 per cent tariffs alone would provide extra annual revenue of many billions of pounds courtesy of our trade deficit with the EU, which could be spent on domestic One Nation priorities. As for the sceptics’ concerns about ‘rejoining’ the WTO, its director-general, Roberto Azevedo, said in a speech at Mansion House last October “The UK will remain a WTO member after its departure from the EU.”

Furthermore, the government is prepared for leaving on no-deal/WTO terms. In recent months, ministers have assured parliament of such – the prime minister doing so again on 12 February. £4bn has been spent on preparations. Tariff schedules have been published and the required secondary legislation is almost complete. Our civil servants and ministers have worked hard to achieve this. The various scare stories aired by our remain-dominated parliament have all been discredited by the relevant authorities.

So why is all of this important? Why examine the entrails and economic evidence? Because this misguided narrative is influencing the market’s valuation. Only by analysing the reality or otherwise can an investor assess whether, and if so the extent to which, sentiment and fundamentals have parted company. For poor sentiment can be a good friend to those willing to be contrarians.

It is our company’s view that this divergence has reached an extreme point. Whether the UK leaves with or without a deal, once economic reality calms nerves and confidence returns investors will focus once again on the many opportunities on offer. This is why we continue to pivot the eight real investment trust portfolios run in real time on the website www.johnbaronportfolios.co.uk towards the UK. This also helps our income-focused portfolios achieve yields of up to 5.7 per cent while being conservatively invested.

During March, the Growth portfolio introduced Woodford Patient Capital (WPCT) at a price of £0.80. WPCT invests in specialist growth companies mostly in the UK, with two-thirds of its assets being unquoted. Meanwhile, the Income portfolio added to its existing holding in Finsbury Growth & Income Trust (FGT) at a price of £8.22.