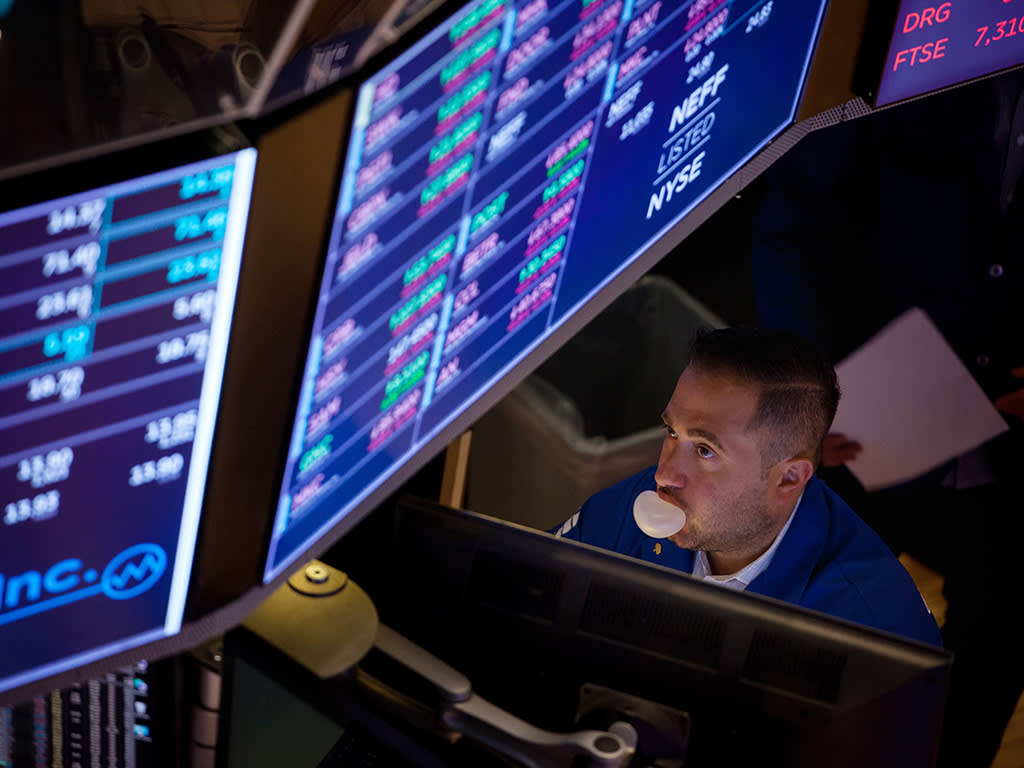 Short-term trading between active and passive funds can be lucrative, but investors need to do the groundwork

Passive funds such as exchange-traded funds (ETFs) can be good core portfolio holdings and an effective way to access markets such as the US where active managers struggle to outperform. However, taking a more active approach to using passive funds could generate better returns.

Such an approach involves switching between active and passive funds depending on the situation in the market. Active fund managers sometimes describe the investment environment as a 'stockpickers' market'. This generally means that different sectors are not correlated and as markets are not being driven by momentum, stock fundamentals matter more.

Conversely, when most shares are rising active managers can struggle to beat the market, meaning that passive funds could be both cheaper and make higher returns.

And many active managers' long-term outperformance is down to their ability to stem losses in bear markets rather than beat markets in a bull period. So, if markets take a turn for the worse, swapping from passive to active could be beneficial.

For example, since January 2000, across all his fields, Neil Woodford has beaten the FTSE All-Share index by 175 percentage points. This is largely due to him making smaller losses in the bear markets of 2000 and 2008 by respectively avoiding tech and bank shares, and his sector positions in the following bull markets in 2003 and 2009.

The timing and drivers of market returns have had a significant impact on the ability of active funds in the Investment Association (IA) UK All Companies sector to outperform the FTSE 100 or FTSE All-Share indices. For example, in 2015 when the UK stock market was volatile due to the UK general election and issues in the mining and oil sectors, the FTSE 100 ended the year 1.3 per cent down and the FTSE All-Share 1 per cent up. But the average return for funds in the IA UK All Companies sector was 5 per cent, according to FE Analytics.

However, in 2016 when the FTSE 100 and FTSE All-Share rose 19 per cent and 17 per cent, respectively, the average return for funds in the IA UK All Companies sector was 11 per cent. And only 16 out of 250 funds in this sector beat the FTSE 100. This was because broad sentiment on the mining sector turned positive around February, but IA UK All Companies funds were generally underweight in this area. And mid-cap stocks were hit following the vote to leave the European Union in June 2016, an area in which these funds tend to be overweight.

But value-orientated funds did well, for example Standard Life UK Equity Recovery (GB00B6S67S83) returned over 50 per cent in 2016.

This year there have been opportunities to make shorter-term tactical active/passive allocations, taking advantage of changing valuations and small periods of volatility.

Jordan Sriharan, head of collective [funds] research at Thomas Miller Investments, says he has tilted his UK and US equity allocations more towards passive funds this year. The UK equity market started to sell off towards the end of January and remained volatile until the end of March – the FTSE 100 fell to 6,888 on 26 March, its lowest point since 6 December 2016. Between the start of the year and this point the active UK equity funds included in Thomas Miller Investments' model portfolios had outperformed the index, but Mr Sriharan thought this might reverse.

"The sell-off in UK equities was driven by the large FTSE 100 companies performing very poorly and dragging down the performance of the overall index," he explains. "Given the magnitude of the declines, the valuations of these companies neared cyclical lows. We were mindful that the active managers [of the funds in our model portfolios] had a lower weighting to these index heavyweights than the benchmark. So in order to gain exposure to companies that sold off the most we switched some of the allocation to our strongest performing managers into a passive fund."

This included switching some of the allocation to the Artemis Income (GB00B2PLJJ36) and Evenlode Income (GB00BD0B7D55) funds to Legal & General UK 100 Index Trust (GB00BG0QPG09). But Mr Sriharan and his team reallocated this portion back to Artemis Income and Evenlode Income in the middle of May, by which point the FTSE 100 had risen 12 per cent, in contrast to the funds' returns of 7.9 per cent and 8.8 per cent, respectively.

"The time horizon of this investment was shorter than what is usual for us," says Mr Sriharan. "Our longer-term view remains that active managers are more likely to outperform given where we are [late] in the economic cycle. However, as the cycle lengthens and volatility picks up, this provides the opportunity to profit from [short-term] changes in sentiment."

Thomas Miller Investments had invested passively in the US for six years, but has recently started selling down its passive exposure to the S&P 500 index in favour of active funds. It has added JPMorgan US Equity Income Fund (GB00B3FJQ599) because it is focused on large caps and invests via a value approach.

"This change follows our broader strategy of favouring active rather than passive investments at this stage of the economic and business cycle," explains Mr Sriharan. "We believe it is prudent to rotate away from areas of the market that have performed exceptionally well where valuations look expensive, and invest in areas that have underperformed and where valuations look more compelling."

How to play short-term trends

Ryan Hughes, head of active portfolios at wealth manager AJ Bell, says investors can take advantage of obvious trends by switching from active to passive funds and back again over the short term.

"But the key is to understand the structure and make-up of indices, and what macroeconomic and sector themes are playing out," he says. "Once you have done that you can think about how active managers are positioned, which helps to determine whether it is an environment in which active funds will prosper or are likely to struggle."

Oil and gas is the largest sector in the FTSE 100 and the FTSE All-Share indices, accounting for 16 per cent and 13 per cent of them, respectively. However, funds in the IA UK All Companies sector on average only have 6.9 per cent of their assets in oil and gas stocks. So if the oil price is rising, passive exposure to a UK index could be beneficial, while in a bear market for oil, investors might do better with an active fund.

"Our investment philosophy is long term, but ETFs and passive funds allow you to capitalise on short-term opportunities and valuation anomalies," says Mr Hughes. "I am highly likely to use a passive solution as I consider trading cost, overall cost and [time horizon of the investment]."

The difficulties with short-term bets

If you follow these kinds of such strategies you need to know where the market and economy are in the business cycle, as it is difficult to know whether macro factors or fundamentals are driving markets.

The trading costs of short-term strategies can be significant as most platforms charge for ETF trades. If you only hold an ETF for a short period the cost may not be worthwhile if you are investing a small amount.

You could follow such trading strategies using open-ended tracker funds, but there is a delay between buying a fund and your money being invested, often of up to four working days. Passive tracker funds can also have higher fees than ETFs.

Making short-term calls, or trying to determine the right time for active and passive funds is not for the faint-hearted. To spot trends you need a good understanding of the underlying market, economy, indices and funds you hold. You can see what allocations a fund has to stocks and sectors on its monthly factsheet, and index providers such as FTSE also provide factsheets for their benchmarks.

Mr Sriharan says his recent re-allocations only involved moving around 2 per cent of the low-risk portfolios he runs and 5 per cent of the high-risk ones. He made these calls at the margins to boost returns rather than make significant bets.

She says EQ Investors change between active and passive funds due to cycle-related trends rather than to make opportunistic trades.

"We would be more comfortable having passive exposure to markets during a risk-on environment and when intra-stock correlations are high, as in this environment which stocks you hold is less important," she explains. "We would be more wary of passives and favour active managers during moderate market conditions, and during periods when the market rewards companies on the basis of their fundamentals rather than macro events."