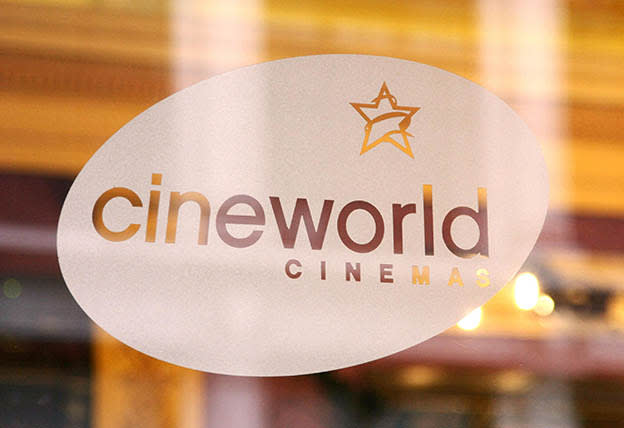 Will Cineworld and Ten Entertainment get their fairytale ending?

Some investors are holding out for a miraculous comeback in the entertainment sector.

A beleaguered cinema chain, already weighed down by a mountain of debt, is suddenly forced to close its venues by a global pandemic. Wealthy short-sellers prey on the company, betting millions on its imminent collapse. Then, apparently out of nowhere, hundreds of ordinary folk club together to rescue the once-beloved brand, leaving Wall Street’s vulture capitalists bruised and dumbfounded.

It is a story fit for Hollywood. It is also the surprisingly true story of AMC Entertainment (US:AMC), the US movie theatre operator that was handed a new lifeline when a gang of Reddit investors sent its shares rocketing more than 300 per cent during a single trading day in January.

London-based Cineworld (CINE), the world’s second-largest cinema chain after AMC, is also suffering a drought in ticket sales. But it has not yet seen the Reddit traders come to the rescue; it remains one of the City’s most-shorted stocks.

Cineworld’s 2020 trading figures indicate why. The group reported an annual operating loss – the first in its history – of $2.3bn (£1.7bn). In the 12 months to December, revenues dropped four-fifths year on year to $852m, as cinemas across the world were closed and new movie releases postponed.

Yet some investors are still holding out for that fairytale ending. Before last week, Cineworld’s share price had been rising steadily for several months. The already debt-laden firm was shored up by $750m of extra funding in November, and is now hoping shareholders will approve a $213m convertible bond issuance at a general meeting in April.

Brits do love an underdog movie. However, Cineworld is not the only company that will have to come out fighting once lockdown eventually ends.

Yet there will be lingering health concerns for some time after these companies can reopen their venues, which will happen no earlier than 17 May in the UK. Not everyone will be rushing to sit in a crowded theatre or share bowling balls. Cineworld acknowledged cinemas were unlikely to reach pre-pandemic capacity before 2025.

The movie theatre operator is also troubled by problems that existed long before the pandemic. A single family outing to Cineworld costs several times the price of a monthly Netflix subscription. In an effort to justify the price discrepancy, the group had been rapidly refurbishing its sites in recent years as it acquired hundreds of theatres across the world.

However, this breakneck expansion has also loaded the company with debt. A global shutdown of its venues could not have come at a worse time; investment in upgrades will likely slow down, and now even more loans have to be repaid. Optimistic investors are betting that film lovers are itching to leave the sofa; that may be so, but this alone will not be enough to rescue Cineworld.

Ten Entertainment, meanwhile, has been pursuing a more restrained expansion plan in recent years; its debt ratio is currently less than half of Cineworld’s. Come May, its customers may also be more easily persuaded to leave the house; setting up your own bowling alley at home remains the more expensive option. Growth will continue to be stunted this year, but with a valuation of just 15 times analysts’ consensus forecast earnings for 2022, we say the company still looks like a value buy at 227p.